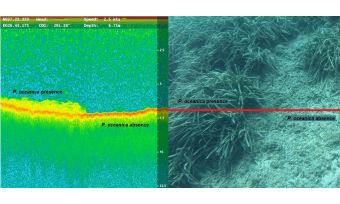 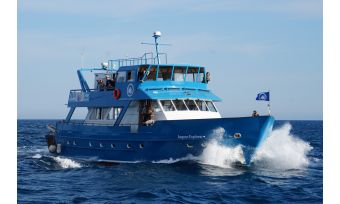 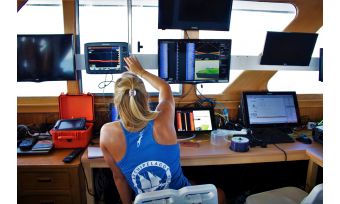 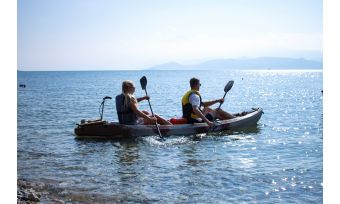 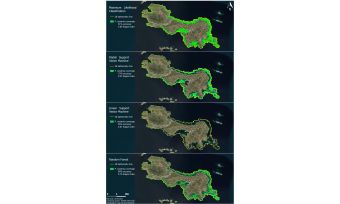 What is the best image classification technique to optimize maps so that effective action can be taken to conserve seagrass meadows?

The distribution of Posidonia oceanica seagrass meadows has been mapped by a combination of remote sensing techniques, geographical information systems (GIS) and sonar data. A fundamental, but challenging, part of this methodology is the remote sensing image classification. This article presents a review of different image classification techniques to optimise the final maps, so that effective action can be taken to conserve seagrass meadows.

The degradation of P. oceanica seagrass meadows is a major concern as these marine ecosystems play a fundamental role in the health and productivity of many Mediterranean marine habitats. Seagrass monitoring and mapping are fundamental tools for measuring the status and trends of meadows and their environmental condition (Topouzelis et al., 2018). The Greek Non-Governmental Organization Archipelagos Institute of Marine Conservation, operating from the islands of Samos and Lipsi, focuses on the collection of spatial data around the Greek coast to generate more accurate habitat distribution maps of P. oceanica, so that these highly valuable ecosystems can be monitored and protected. Archipelagos conducts marine research with multiple research vessels, including the 22-metre long Aegean Explorer shown in Figure 1. This vessel is equipped with an array of scientific instruments, including single and multibeam sonar, a structure scanner, a biomass scanner and an underwater camera capable of reaching depths of 300 metres.

The distribution of P. oceanica is mapped by means of remote sensing techniques, GIS and sonar measurements in the field. The input for the remote sensing methodology is Sentinel-2A satellite imagery. The satellite image is preprocessed to deal with necessary corrections to interferences that determine the light in the atmosphere and water, before deriving any quantitative information on the aquatic habitats that focus on seagrass (Traganos and Reinartz, 2018). The main steps here are atmospheric correction, sun glint removal and water column correction.

During the field operations, ground truth data about the seagrass meadows was collected. A DownScan sonar was installed on a research vessel and at the rear of a kayak to obtain information about the seafloor (Figure 2 and 3). The sonar transducer emits ultra-sound waves to the seaﬂoor from which bottom morphology is derived. When P. oceanica is present it appears on the sonar output as a fuzziness above the seaﬂoor as shown in Figure 4. Waypoints are set for P. oceanica (P) or no P. oceanica (NP), which are used as training data during the image classification process and accuracy data during the accuracy assessment.

After the correction of the satellite image, the pixels were classiﬁed to indicate P. oceanica presence or absence. Essential in most aquatic remote sensing studies is the process of identifying distinctive cover or substrate types in the study area on a satellite image and assigning them to the proper classes, which is deﬁned as remote sensing image classiﬁcation. In this methodology, supervised image classification is applied, in which the classification is performed with ground truth data.

Four supervised image classifiers are reviewed: Maximum Likelihood Classifier (MLC), Radial Support Vector Machine (SVM), Linear SVM and Random Forest (RF). Each of these techniques is built on its own mathematical function. The choice of a technique can be based on different criteria, such as image resolution, spatial scale and the ground truth data set. The techniques are reviewed on their accuracy percentage and Kappa Index. These parameters are derived by means of the accuracy waypoints and a Confusion Matrix (Cohen, 1960).

The four image classification techniques were performed for six different islands in the Southeast Aegean Sea, at three different spatial scales and with different waypoint densities to optimally explore the function and performance of the techniques. Figure 5 indicates the seagrass distribution around the island of Lipsi, modelled by the four classifiers. Due to the limitations of satellite imagery, the distribution is modelled to a bathymetry of 20 metres. The maps show significant differences in seagrass distribution modelled by the four techniques.

RF and Radial SVM resulted in the most accurate maps (respectively 88% and 72%) for this study, even when the waypoint density was reduced. It is evident that  the seagrass pixels classified by RF are more randomly distributed than with Radial SVM, which clearly shows the function of these two techniques. MLC seems to overestimate the P. oceanica coverage, as more than 50% of the NP points are modelled as P pixels. Linear SVM makes an extreme underestimation as 98% of the P points are modelled as NP pixels.

The modelling of P. oceanica coverage around islands in the Southeast Aegean Sea resulted in highly accurate outputs modelled by RF and Radial SVM. The review has shown that each image classification technique consists of its own function and therefore delivers distinguishing outputs. The choice of a classification technique depends on different criteria, including spatial scale, image resolution and the ground truth data set.

Simultaneously, the choice of a classiﬁcation technique also strongly depends on the purpose and use of the ﬁnal maps. For example, Archipelagos is committed to conserving the seagrass by presenting the maps to the government, local communities, ports and ﬁshermen to achieve legislation, protection and awareness. In this case, a classifier that slightly overestimates is more likely to be selected than one that strongly underestimates. These classiﬁcation purposes and applications should be kept in mind when investigating the techniques and the motives for selecting one. Because of these motivations, further contributions and efforts are required to investigate the assessment and applications of remote sensing image classification techniques.

The author would like to thank Thodoris Tsimpidis and Anastasia Miliou (Directors of Archipelagos Institute of Marine Conservation) for the opportunities and resources they gave me both on- and offshore during my research internship. Due to their love of the ocean and their commitment to marine research, they are a source of inspiration.