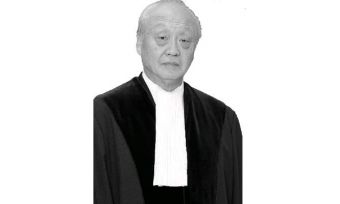 The International Tribunal for Law of the Sea is a judicial body, seated in Hamburg, but unlike the International Court of Justice in The Hague, specialised in the field of the law of the sea. In Hamburg disputes between States Parties and certain other parties concerning the interpretation or application of the United Nations Convention on the Law of the Sea (UNCLOS) and other international agreements related to the Law of the Sea are dealt with and adjudged by a court of 21 judges, presided over by a president. In October 2011, Judge Shunji Yanai from Japan was elected president. Hydro International talked to him about recognition and the growing importance of ITLOS in Hamburg.

Congratulations on your election as president of ITLOS! What is your own personal link to the Law of the Sea?

I served in the Japanese Foreign Service for more than forty years. In that position I was very much involved in the law of the sea, including negotiations on the Convention. I was also involved in bilateral negotiations with many countries on fishery and other maritime issues, as Japan is a maritime country. I joined ITLOS in 2005 and was elected president on 1 October 2011.

Can you share a little bit on the background of the origin and reason for existence of ITLOS?

The United Nations Convention on the Law of the Sea was adopted in 1982 and came into force in 1996. UNCLOS is a comprehensive convention governing the use of the world’s oceans and seas. UNCLOS expanded the national jurisdiction of States in their territorial sea, exclusive economic zone and continental shelf, and established a new international regime for the exploration for and exploitation of the resources of the seabed beyond national jurisdiction. This area and its resources are the common heritage of mankind. Obviously a new, comprehensive treaty such as UNCLOS would give rise to disputes concerning the interpretation or application of its provisions. Already during the negotiations on the Convention we figured it would be best to establish procedures to settle such disputes. The Tribunal here in Hamburg is one of the institutions that are entrusted with the task of settling disputes with binding decisions.

Are there four compulsory procedures entailing binding decisions to settle disputes between States Parties to UNCLOS?

Yes, binding decisions that can settle disputes amongst States Parties are made in four different ways. The first one is here, at ITLOS in Hamburg, Germany, the second one is at the International Court of Justice in The Hague, the Netherlands. There are also two arbitration procedures, different in detail, but very much alike in their original set up. Arbitration is often chosen when parties in a dispute are not unanimous in their preference of a court, either ICJ or ITLOS. Forty-five States Parties have made a declaration to UNCLOS on their preferred procedure for the settlement of their disputes. Thirty-three of those forty-five chose ITLOS as their preferred court. There are still about a hundred countries who have not yet expressed their preference and we would welcome them very much to declare in favour of ITLOS.

Do you feel that disputes, for instance on maritime delimitation, should be brought to ITLOS?

The earlier cases of maritime delimitation have been referred to the ICJ in The Hague and arbitral tribunals. It should be noted that ITLOS, a permanent judicial institution specialised in the law of the sea, can adequately deal with maritime delimitation cases. Right now, ITLOS is deliberating and drafting judgment on the dispute concerning delimitation of the maritime boundary between Bangladesh and Myanmar in the Bay of Bengal. This is the very first case of maritime delimitation brought to ITLOS. This case might invite others to come to Hamburg.

Do you see specific regions where the number of disputes is higher now than other regions?

It depends on the time period you consider. For instance, here in Europe, there were a lot of disputes on fishery and delimitation, but most of those have been settled. The maritime delimitation cases include those between France and the United Kingdom, and among Germany, the Netherlands and Denmark. In the past, the UK and Norway disputed over fishing grounds. Today many disputes are reported on overlapping territorial and maritime claims in Southeast Asia.

Is UNCLOS – and together with it ITLOS – sufficiently understood by the community of professionals?

I don’t think so. It is a very complicated piece of treaty and the community should take time and put effort into understanding the meaning of UNCLOS. We are, therefore, organising regional workshops in which we send specialists to States Parties to explain the convention. Also we organise workshops here on the ITLOS premises, inviting people involved in carrying out law of the sea matters. Moreover, ITLOS has two training programmes in place, one supported by the Korean International Cooperation Association (KOICA) from Korea, and the other by the Nippon Foundation from Japan. And last but not least in co-operation with the International Foundation for the Law of the Sea (IFLOS) we are organising a Summer Academy to disseminate information and give young lawyers the opportunity to learn about the Law of the Sea.

What is the most common topic of disputes?

As far as this tribunal is concerned, we have received 19 cases during our existence since 1996. Most of the cases we’ve handled so far were fisheries cases in which we ordered prompt release of fishing vessels and their crews. We also ordered provisional measures in a few cases concerning fisheries and other disputes. But we also received a case on delimitation of the maritime boundary between Bangladesh and Myanmar in the Bay of Bengal. A very important one, in which we need to look at the territorial sea, the EEZ and the continental shelf within and beyond 200 nautical miles. Please note that the two countries have been negotiating for more than three decades without reaching agreement. So I think it’s fair to conclude that the scope of the cases is widening and maritime delimitation will definitely grow as a factor of interest for ITLOS.

You are also advising the International Seabed Authority?

The International Seabed Authority asked the Seabed Disputes Chamber of ITLOS to give an Advisory Opinion on responsibilities and obligations of States sponsoring persons and entities with respect to activities in the international seabed area. All private parties have to be sponsored by States Parties in order to be permitted to engage in the exploration for and exploitation of the resources of such areas. The sponsoring States have the responsibility to ensure that such activities shall be carried out in conformity with UNCLOS. Obviously for them it’s very important to know a set of rules and regulations concerning this sponsorship. It’s a very complicated matter that was dealt with by the Seabed Disputes Chamber of ITLOS.

Can you identify long-term effects of rulings of ITLOS already?

Every ruling has an impact, but I think that our Advisory Opinion to the International Seabed Authority will be one that will see long-term effects for States Parties sponsoring private entities carrying out activities on the seabed, such as deep sea mining for minerals. It has already facilitated the work of the International Seabed Authority. But also rulings on maritime delimitation cases, the majority of which so far have been handled by the International Court of Justice in The Hague, will grow in importance and thus in effect. Once again, the dispute between Myanmar and Bangladesh has for more than thirty years not been solved by bilateral negotiations, but after our ruling – which we hope to be able to give in March of this year – the two countries can start to exploit their respective seas. That is also an important effect of such a ruling.

How do you look at the future of ITLOS?

This tribunal is still young. States have not yet fully understood the role of ITLOS. But gradually they will recognise those specific features that make ITLOS the most probable port of call for them. To name a few, firstly we are a specialised court in matters concerning the law of the sea. All the judges are specialists in this field. Also, the possibility is open in certain cases for States Parties to unilaterally submit cases to ITLOS, for instance with applications for prompt release of vessels and crews, which places us in a unique position. With the increasing emphasis on the marine environment, maritime delimitation and seabed exploitation, our role will undoubtedly be more established in the future. 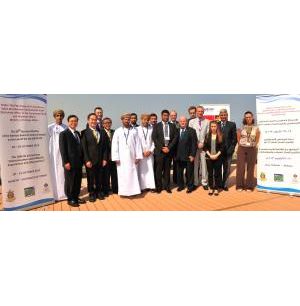