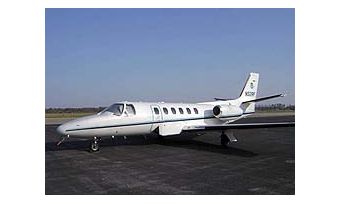 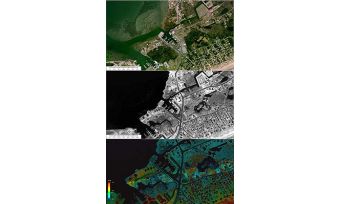 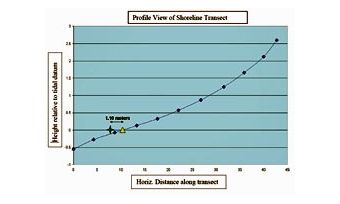 Among the most exciting advances in remote sensing are the innovations being made in multi-sensor data fusion. This can exponentially increase both the quality and quantity of information in the sensed environment.

Scientists and practitioners in the National Oceanic and Atmospheric Administration (NOAA) and across the Federal government collect and use remotely sensed data for a wide range of activities including coastline mapping, military and disaster response personnel support, weather tracking, ecosystem monitoring and also to inform coastal planning officials and decision-makers on climate change adaptation strategies. Researchers continually strive to enhance the value, timeliness and efficient use of remote-sensing data products to support a broad range of information needs.

In a typical multi-sensor fusion approach, each sensor provides information that the others do not. For example, one type of sensor may supply detailed spectral information used to classify features on the Earth's surface while another might supply precise spatial information. Data from sensors that monitor different types of features, such as those that measure land elevation and water level, may be combined to give a more complete picture. These integrated data streams enable scientists to determine relationships between variables, such as how changes in plant species composition and density vary with changes in elevation and associated tidal flooding.

In 2002, the NOAA, US Geological Survey (USGS) and US Environmental Protection Agency (USEPA) asked the National Research Council (NRC) of the National Academies to provide an independent assessment of national coastal zone mapping, charting activities and needs. The result of the assessment was the 2004 report entitled A Geospatial Framework for the Coastal Zone - National Needs for Coastal Mapping and Charting. The report identified high-priority needs, evaluated the potential for meeting these needs and suggested steps to increase collaboration and ensure that requirements for spatial information in the ocean and coastal zones were met. The NOAA's early recognition of the need to co-ordinate and integrate with diverse mapping interests and its development of Integrated Ocean and Coastal Mapping (IOCM) initiatives embraced the implicit mantra of ‘map once, use many times'.

A multi-sensor, fusion-based operational approach naturally lends itself to the IOCM initiative. By increasing both the quantity and quality of information on the coastal environment, data from a single flight and ground support mission can be used to support multiple ocean and coastal mapping needs. Traditional NOAA responsibilities that will benefit from this approach include shoreline mapping and nautical charting. In addition, a host of emerging applications such as habitat mapping, monitoring and restoration, coastal zone planning and management, coral reef conservation, harmful algal bloom mapping and forecasting, emergency planning and response, and sea level rise adaptation support will also benefit.

New geospatial data products generated through this project include coastal orthophoto mosaics and LiDAR point clouds (Figure 3). Each individual image was orthorectified and then mosaiced into 2.5 × 2.5km tiles with 0.5m spatial resolution. The LiDAR was processed into a standard LAS (American Society of Photogrammetry and Remote Sensing LASer data exchanging format) point cloud with a nominal spacing of 1m. Initial filtering was performed to remove the majority of the outlier returns that could, for example, be attributed to birds or atmospheric or electronic noise. The point clouds were tiled into the same scheme as the orthophoto mosaics to facilitate complementary use of the data. The LiDAR point cloud was transformed from ellipsoid heights to heights relative to the local mean high water (MHW) tidal datum using NOAA's Vertical Datum Transformation Tool (VDatum). The points were then gridded to a regular raster and a zero elevation contour was extracted. The LiDAR-derived MHW shoreline vector was then feature-attributed. The orthophoto mosaics were used in quality control.

Through collaborative partnerships, several other complementary data sets are being made publicly available as part of the Duck IOCM Pilot Project. These include medium-resolution land cover data and submerged aquatic vegetation data sets, as well as high-resolution bathymetric data acquired by the US Army Corps of Engineers (USACE). These and other project data sets are being made freely available by the NOAA Coastal Services Center via a web portal (81).

In addition to the airborne data acquisition, the NGS conducted fieldwork to assess the accuracy of the geospatial data products generated by the project (see cover). Fieldwork included collection of GPS ground control points and shoreline transects run with a TOPCON Laser-Zone RTK GPS integrated laser level and real-time GPS system. This system uses a laser to measure elevation changes along each transect relative to local tidal benchmarks, with a precision of millimetres. Absolute horizontal positions at the centimetre level were measured by GPS. Ground surveys consisted of documenting plant species and densities within 1m2 sample plots at regular intervals along transects. The data were collected within three weeks of the flights and are being used to assess how the spatial distribution of LiDAR returns correlates with the plant morphology in coastal wetland areas. In addition, the data are also being used to produce habitat classification maps for the Reserve and to assist with management plans by identifying invasive species.

Much of the research being conducted with data from the IOCM Pilot Project is still in its initial phases. Ongoing research projects include improving Phragmites australis classification in the North Carolina National Estuarine Research Reserve (NERR), as well as monitoring changes in bathymetry, coastal habitats and land cover. Transects surveyed in a shoreline assessment project using the integrated laser level RTK GPS system will assess the accuracy of the LiDAR-derived MHW shoreline vector (Figure 4). Preliminary results show an average positional error of 2.16m among 57 transects. The accuracy of the LiDAR-derived surface elevations within coastal marshes is impacted by the ability of the laser to penetrate the vegetation canopy, as well as the post-processing strategies used in bare-earth segmentation. To assess this accuracy, the RTK GPS system was used to collect points along transects at the southwest end of the Currituck Banks site.

In order to address the looming issues facing our coastal communities, the ‘map once, use many times' IOCM philosophy, and increased collaboration and associated strategic planning across government and private sectors are critical. The mainstreaming of global visualisation software such as Google Earth and Microsoft Virtual Earth enables millions of people to realise the potential of geospatial data in making real-life decisions. The challenge we face is in compiling a complete and accurate picture of the dynamic Earth using data from multiple sensors on the ground, in the water, in the sky and in space. Through this effort, we will help NOAA provide a more complete picture of our changing environment and enable reliable decision-making based on accurate, timely, local information. The Duck IOCM Pilot Project, while a small piece of the puzzle, is helping to pave the way for wider use of integrated data sets in the future.

We would like to thank co-author Christopher Parrish for the significant contribution that he has made to this article.

NOAA, 2007. Bringing the Big Picture into Focus: The Future of Remote Sensing at NOAA. [Accessed 30 November 2007.] Available from: http://celebrating200years.noaa.gov/visions/remote_sensing/welcome.html#chal

NOAA, 2007. The GRAV-D Project: Gravity for the Redefinition of the American Vertical Datum. Available from: www.ngs.noaa.gov/GRAV-D/GRAV-D_v2007_12_19.pdf 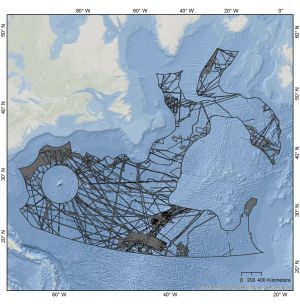