To support the production and maintenance of navigational charts, the United Kingdom Hydrographic Office (UKHO) receives large quantities of bathymetric data from a great number of sources. This data is all assessed for possible dangers to navigation and, where such dangers exist, promulgated by the Notices to Mariners system. Because of the safety implications, time is of the essence and UKHO uses an in-house developed system to reformat, store and assess the data. Although the system is now getting somewhat dated, has limited functionality and is due for replacement, it has stood the test of time and the principles of its operation remain very much valid for the future.

The primary data sources for charting within UK waters are hydrographic surveys carried out by the Royal Navy (RN) and by commercial survey companies on behalf of the Maritime and Coastguard Agency (MCA) and Port Authorities. These surveys are carried out to stringent standards, the data being gathered and processed specifically for use on nautical charts. Excellent though these surveys are, their very quality makes them time-consuming to complete and consequently only a relatively small proportion of UK waters has been covered by them.
Obviously, the above are by no means the only hydrographic surveyors and many other organisations e.g. oil companies, academic institutes, local authorities etc. also conduct surveys around the UK. Many, but by no means all, of these organisations supply their surveys to UKHO for charting purposes. This data greatly increases the availability of quality data around the UK, which consequently improves the accuracy of the charts and the safety of mariners. However, these ‘third-party’ surveys have, in almost all cases, not been gathered or processed with charting in mind and this can cause problems for the unwary chart compiler. This is not in any way to imply that third-party data is of a lesser quality than the primary data. Rather, charting has a particular, and to many an odd, set of requirements that do not always fit well with other uses. Third-party data accounts for the majority of datasets received by UKHO; in 2002 UKHO received 2,403 digital files containing bathymetric data, only about four hundred of these being from the primary sources.

Data Input
Data coming from a large number of sources arrives in a great number of different formats and on various horizontal and vertical datum. Digital Receipt section converts these datasets into a common format and, wherever possible, onto a single horizontal (World Geodetic System 1984 (WGS84)) and vertical datum (Lowest Astronomic Tide (LAT)), with depths in metres.
UKHO uses an in-house developed GIS, Dibon, to store and initially assess digital bathymetric data. Dibon uses an internal format called ‘Data Base Standard Format’ (DBSF) which holds metadata in an Ingres database with the actual sounding data held in an indexed flat file containing latitude, longitude, depth and (optionally) time of capture.
Data is received in a variety of formats, ranging from the basic x, y, z, to CAD formats, S-57 or gridded data. All of these must be converted to DBSF using a series of UNIX awk scripts coupled with bespoke and commercial programs. Where the incoming data is referenced to a grid (e.g. National Grid of Great Britain or UTM) each point is converted to its corresponding latitude and longitude using the relevant grid to geographical conversions. Dibon can only convert Transverse Mercator grids. Data on other grids needs to be converted by the specialist Geodesy section.
Where possible, incoming data is converted to WGS84 using a three, five or seven parameter datum shift, as appropriate. Similarly, the vertical datum is changed to LAT by applying a block shift. The occasional dataset that is received in fathoms or feet is converted to metres. Unfortunately, data is sometimes received with insufficient supporting documentation to determine what datum it is on. In these cases, although the data may still be used, care is taken to ensure that the user is aware of the lack of datum information.
The final import routine is to populate the metadata with various attributes (original and current horizontal datum, transformation parameters used, original and current vertical datum, shift applied, collecting organisation, platform etc.) and to digitise a bounding polygon that will allow the data to be retrieved at a later date.

Assessment of New Data
Data is assessed within Dibon using a series of screens that allow the data to be viewed in 2D. New data is shown in conjunction with existing data and coloured by depth, which allows many discrepancies to be spotted fairly easily. Colour banding is only possible using depth, although the operator has complete control over which datasets are displayed. Where a discrepancy is spotted, the operator needs to decide which dataset is wrong. The assessment process is designed to check new data but it is not impossible that existing data will be marked as invalid or, conceivably, existing invalid data shown to be valid. Where data has to be edited, the operator can bring up an editing window within which points may be selected and flagged as being invalid or, potentially, returned to being flagged as valid, as the situation dictates.
Many organisations use gridded data as the gridding process tends to smooth out ‘artefacts’ in the data, giving a much clearer picture of the seabed when displayed with sun illumination. Unfortunately, safety dictates that charting preserves the most shallow depth in any area, something that gridding will not do. Hence, although gridded datasets are regularly received and used on charts, the data is not used to disprove shoals etc. as would a full hydro-graphic survey. Sometimes, especially where no supporting documentation exists, it is hard to detect a gridded dataset except by zooming in and looking for the regular pattern.
Rounding is another problem, as charting uses a peculiar set of rounding rules whereby .79 and less rounds down and .8 and above round up. The standard mathematical rounding, as used by many processing or data output systems, is not used.

Extraction
Once the data has been assessed within Dibon it is made available to the chart compilation sections. Also, where during the assessment of new data existing data has been changed, the affected data is made available to the relevant charting area so that the newly changed data can be assessed for possible dangers.
To aid in extraction, the operator can bring up the limits of existing Admiralty charts and use these to decide which are likely to be affected by the data. The data is then exported from Dibon either as a CARIS XYZ file or as a hardcopy shoal-biased, overwrite-avoided plot to fit the appropriate chart. Where necessary, the data is first converted to the chart’s horizontal datum using the appropriate three, five or seven parameter datum shift and then trimmed to the geographic limits. Great care is required here to confirm to which horizontal and vertical datum the various datasets refer, as it has not been possible to convert all datasets within Dibon to WGS84 and LAT and errors in either could potentially be very dangerous to a mariner. Dibon will also, if needed, convert the depths to fathoms and feet before producing the plot on either Mercator or Transverse Mercator projections.
Although automatically supplied with new (and newly changed) data, chart compilation sections can also request plots or files of previously archived data when compiling New Editions, New Charts or simply to aid in the assessment of other data. Here too the data is shifted to the relevant horizontal datum before being made available.

Conclusion
Although somewhat old and lacking in many of the graphical capabilities of commercial GIS systems, Dibon is tailored to the needs of assessing data for charting and allows the operator to quickly assess the relative merits of new datasets. It is only the introduction of multibeam surveys that has meant that a replacement for Dibon is needed.
As of 14 March 2003 Dibon contained 8,238 datasets, comprising some 307 million soundings. Over half this total was received last year and with current expansion it is likely that Dibon will hold upwards of 1 Billion soundings before it is finally replaced - an impressive total for a system originally designed to hold just ocean passage data. 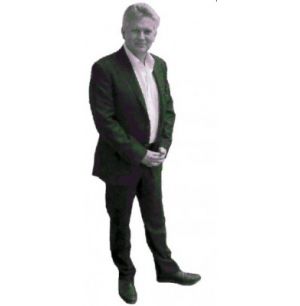