Tide and Current Monitoring for Navigation and Maintenance 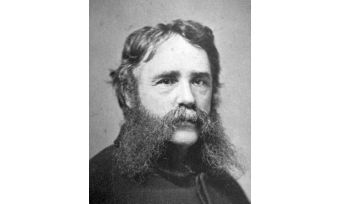 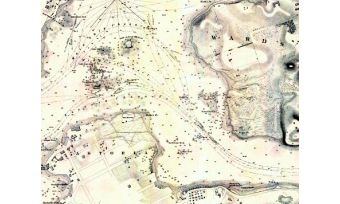 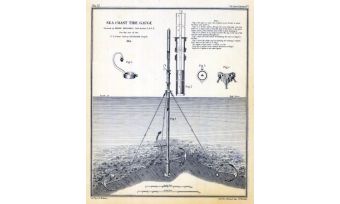 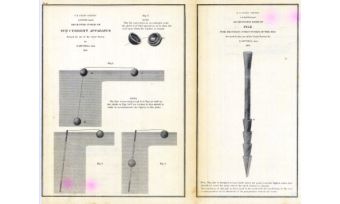 The greatest of the Coast Survey mid-nineteenth century harbour studies was that of New York Harbour. In 1855, the Commissioners on Harbor Encroachments of New York requested that new hydrographic surveys of New York Harbour be conducted. The first surveys had been conducted twenty years earlier and considerable changes had occurred.

Following the completion of the new hydrographic surveys of New York Harbour, an advisory council, consisting of Coast Survey Superintendent Alexander Dallas Bache, General Joseph Totten, and Commander Charles Henry Davis, produced a report for the Commissioners detailing the changes that had occurred. They also recommended a physical survey of the harbour be conducted to determine the causes of the changes. They recognised that “… when it comes to those of improvement nothing less than a physical survey will answer. A few thousand dollars thus expended, by determining the minute actions of the tides and currents and their causes, may save hundreds of thousands in expensive tentative works of improvement.”

In spite of Mitchell’s studies and the exhortations of the advisory council, mindless practices continued to dominate the use of New York Harbour. Unauthorised filling of wetlands was commonplace as was the extension of construction beyond the lines allowed by law. These were not only the acts of private citizens but were also done under the authority of the city government.

Sewage was also a source of damage to the harbour. In the mid-nineteenth century there were few concerns with public health or damage to the environment. However, there was great concern with the potential commercial damage to New York Harbour. Sewage filled the slips in the harbour at “nearly eighteen inches each year” and that out of one hundred and ten sewer outlets, only four discharged at the outer end of the piers with the rest discharging into the still waters of the slips or basins where sewage accumulated.
Paralleling the sewage problem was the dumping of street cleaning dirt into the waters of the harbour which also filled up the slips, from the practice of heaping it up on the piers and bulkheads. At least one pier gave way from the accumulation of dirt upon it, and 3,000 cart loads (approximately 3,000 tons) were dumped in the river. Considering that much of the ‘dirt’ was horse manure, it takes little imagination to visualise what a cesspool New York Harbour must have been.

To remedy the evils affecting the capacity of the harbour, the Commissioners requested that the legislature of New York enact stiffer penalties for encroachments and the power to remove the encroachments at the cost of the offending parties. Concerning the sewage and dirt, “All new sewers should be carried to the outer ends of the piers ... and, where practicable, the termination of those now built should be changed so as to empty in like manner with the new ones.... No dumping should be permitted upon or near the piers or bulkheads, under a penalty; and the city inspectors should be required to have scows or other vessels provided and ready to receive the dirt from the carts, there being no good reason why dirt should have a preference over all other articles in the use of our piers and bulkheads.”

Change and encroachments continued. Henry Mitchell conducted major studies of New York Harbour again in 1866-67, 1872-1873, 1876, 1880, and 1887. Following the initial physical survey of the harbour, a flurry of similar studies were undertaken at Boston Harbour, Mobile Harbour, and the site of a proposed canal between Cape Cod Bay and Buzzards Bay, Massachusetts. The object of these surveys was generally the preservation of the waterways “by preventing dangerous encroachments on the water in the rapid progress of buildings and of improvements on land, by ascertaining the changes caused in the water space by the changes in the land, and the causes of these changes.” These pioneering studies were landmarks in both conservation and estuarine science and, although the technology and methods have changed, still serve as models for similar studies and policy decisions today.