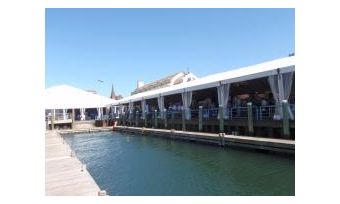 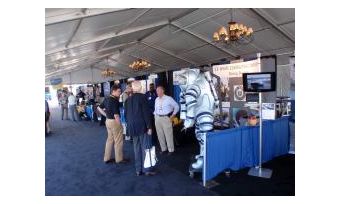 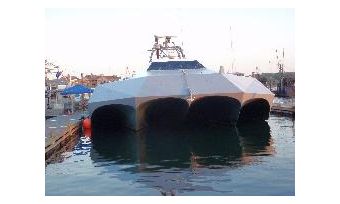 Ocean Tech Expo is, as its name implies, an industry exposition focused on ocean technology. Featuring international themes, challenges, and participation, the event is anchored by the strong ocean industry and ocean research institutions based in the New England states of the U.S. and the Maritime provinces of Canada.

According to the organisers, about 500 people participated in the conference. Participants included professionals from the ocean industry; federal, state, province, and local government; and ocean research institutions. The commercial exhibition was a primary feature of Ocean Tech Expo. The 35 exhibitors were arranged in two tents directly on the waterfront at the Newport Yachting Center. Exhibitors with equipment like small ROVs were able to display their gear in the water directly in front of their booth, and others took advantage of the adjacent small-boat piers to show equipment aboard research and survey vessels. The relatively small size of the exhibition together with the daily organisation of industry outlook panels on specific topics allowed many of the participants to attend for just one or two days of the 3-day expo. This reduced the number of people in the exposition at any one time, and together with the waterfront tent venue created a relaxed forum for interaction among participants and exhibitors.

The conference was opened with a thought-provoking keynote presentation by John Westwood of Douglas-Westwood, on ‘Prospects for the Ocean Technology Industries.' Mr. Westwood highlighted the economic importance of the ocean technology industry. The conference sessions were organised as industry outlook panels with 3 or 4 speakers each, focusing on particular aspects of ocean technology. Among the topics of interest to hydrographers were panels on ocean survey, Arctic Ocean exploration, technologies for offshore oil and gas, port and harbour security, undersea robotics, and ocean renewable energy. The industry panel on ocean renewable energy was opened by The Honorable Donald L. Carcieri, governor of Rhode Island, who welcomed the participants to Rhode Island and spoke about the environmental and economic benefits of offshore alternative energy. Also in the ocean renewable energy panel was a presentation on Rhode Island's coastal and marine spatial planning programme. Coastal and marine spatial planning will be a growing theme in hydrography as coastal zone managers seek the base hydrographic and oceanographic data needed to balance multiple uses of coastal waters.

In addition to the networking opportunities during the conference, Ocean Tech Expo provided participants with relaxing evening social events on the pier overlooking the yacht harbour and aboard one of the alongside exhibition vessels, Boston Harbor Cruise's MV Scarlett Isabella.