London’s international exhibition and conference centre, ExCeL, hosted Oceanology International 2008 from 11 to 13 March 2008, offering ample, efficient and modern space in the Docklands, housing a well-organised show, which again attracted a record number of participants (more than 8,700), visitors and exhibitors. The overall theme of the show was ‘Technology, Sustainability and the Oceans’.<P>

The Conference Committeewas chaired by Dr Ralph F. Rayner. Keynote speeches were held by well-known opinion leaders in the field of oceanography such as Dr Rayner. Professor Watson of the UK’s Department for Environment, Food and Rural Affairs (DEFRA) discussed the role and importance of reducing CO2emissions to stabilise carbon exchange and prevent further acidification of the ocean. John Westwood of Douglas-Westwood Ltd pointed out that offshore renewables suffer from contractor and installation vessel resources (scarce commodities). Professor Jacqueline McGlade (Executive Director of the European Environment Agency) talked on the subject of sustainability and ocean resources in the 21st century.
The distinguished lecture by Lord Browne of Madingley focussed on the ocean and a global energy future.

The Exhibition
More than 530 exhibitors had hired stands and there were several national pavilions. With this, OI provided a show place for the latest technological equipment and systems, both in oceanography and hydrography. When making enquiries on the last day, quite a few regular exhibitors said that they had seen an increase in surveyors visiting the exhibition. In addition, the exhibitors almost unanimously said it had been a good show where they made many interesting contacts, received good feedback from clients and was commercially successful.

The Ships
London ExCeL is situated on the quays of the Royal Victoria Dock, enabling visiting ships to become an integral part of the event. The ships ranged from theAlliance(a ship that is acoustically silent with a load of modern equipment including a towed active VDS), to the smaller vessels such as theGemini Fastcatof FD Marine. The smaller vessels gave demonstrations of the (temporarily) installed equipment, such as multi-beam echosounders and side-scan sonars, which showed sunken boats and cars on the bottom off the dock.

The Awards
Four awards for exceptional contributions to oceanology were made:
•the Lifetime Achievement Award was made to Dr D.J. Baker for his contribution to oceanography and science
•Business Person of the Year of the Association of Marine Scientific Industries for the development of the Ocean Business Event was awarded to Ms Versha Carter
•the Bob Barton Memorial Award for Promising Young Journalist in Marine Science and Technology was made to Mr Ewen Calloway, and
•the Alan Greig Memorial Prize for an outstanding contribution to commercial operational oceanography was awarded to Dr Chris Graham.

The Careers Thursday
The recruitment of new young blood is a necessity well understood by the sector (see also the article ‘Recruit, Train and Retain’ on pp. 26–27 in the April issue of Hydrointernational). Transport was provided to enable students to easily visit the event and participate in a special seminar and reception for the engineering, science and technical graduates and post-graduates.

A well-received ‘OI Show Daily’, which reported on events taking place and included interviews with keynote speakers, was published by Hydrointernational’s publisher Reed Business Geo. These show dailies are placed on the Hydrointernationalwebsite (web reference 2). 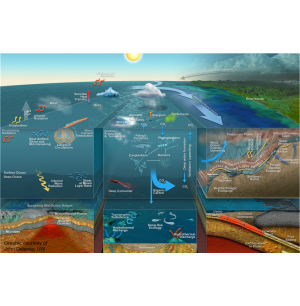 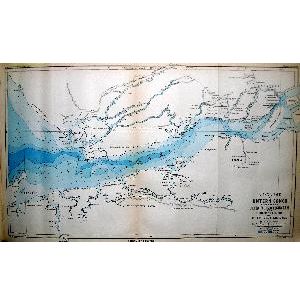