The first international, multidisciplinary assessment of levels and dispersal of radioactive substances in the Pacific Ocean off the Fukushima nuclear power plant is to be led by the Woods Hole Oceanographic Institution (WHOI, US)), in a research effort funded by the Gordon and Betty Moore Foundation.


"This project will address fundamental questions about the impact of this release of radiation to the ocean, and in the process enhance international collaboration and sharing of scientific data," said Vicki Chandler, chief program officer, Science at the Gordon and Betty Moore Foundation.

The shipboard research team includes scientists from WHOI, Scripps Institution of Oceanography, Oregon State University, University of California, Santa Cruz/Lawrence Livermore National Laboratory, University of Hawaii, Univ. Autonoma de Barcelona (Spain), and the University of Tokyo (Japan). They will collect water and biological samples and take ocean current measurements in an area 200km x 200km offshore of the plant and further offshore along the Kuroshio Current. Their work will build on efforts by Japanese scientists and lay the foundation for expanded international collaboration and long-term research of questions related to releases from the Fukushima plant.

The 15-day expedition aboard the University of Hawaii's research vessel Kaimikai-O-Kanoloa has departed 4th June.

The Japanese government and Fukushima plant owner, Tokyo Electric Power Company (TEPCO), began measuring radiation in the ocean, iodine and cesium isotopes, ten days after the accident and have been monitoring the water around the reactors up to 30km from shore, where radiation levels have been highest. As the radiation moves offshore, it is diluted and mixed through the ocean depths along the way, so that levels of some contaminants just 15 miles offshore are 100 to 1,000 times lower than waters near the reactors. To put it in context, even these elevated levels are not far removed from the US Environmental Protection Agency drinking‐water standard for cesium-137 or from natural radionuclide concentrations found in the ocean.

Operating with the permission of the Japanese government, the ship will follow a track line from east to west and operate at 34 sampling stations, criss-crossing the Kuroshio Current, a strong, western boundary current akin to the Gulf Stream in the Atlantic, that could rapidly carry the radioactivity into the interior of the ocean. Deploying water sampling rosettes, the team will collect and analyse the samples for many radionuclides - among them isotopes of cesium, iodine, ruthenium promethium, strontium, plutonium, radium, and uranium - to learn how much contamination was released into the ocean, its potential impact on marine life and human health, and provide input to models for better understanding of contamination pathways and dispersion.


Steve Jayne, a physical oceanographer from WHOI and an expert in the Kuroshio Current and ocean circulation in the vicinity of the Japan archipelago, will lead the effort to understand the fate and pathways of radiation in the ocean. His team will deploy drifters to directly track water parcels in the region of the Fukushima power plants, collect profiles of temperature, salinity and oxygen through the water column, and will use shipboard Acoustic Doppler Current Profiler (ADCP) to measure ocean velocity. These efforts will allow Jayne and his colleagues to characterize transport and water masses required for modelling dispersion and removal of radionuclide contaminants.

All of the collected samples will be analysed using the most sensitive techniques and tools in the world, which will provide a more detailed picture of where radioactivity is and where it travelled, and to detect radiation above background levels, including radionuclides in marine organisms. 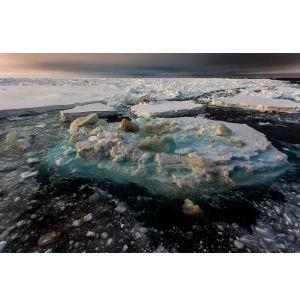 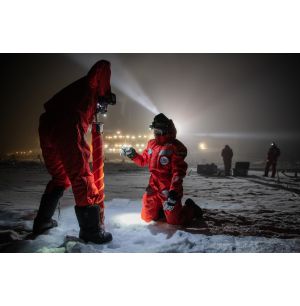