The single buoy mooring (SBM) digital radio shutdown system is the latest ‘state-of-the-art’ digital radio communication system/network, consisting of a fixed radio base station installation at Halul Island (State of Qatar). It operates with a mix of handheld, mobile and fixed mobile radio units provided to authorised personnel for the berthing of oil tankers prior to oil loading operations at SBM-1 and SBM-2 buoys.<P>

The main purpose of thissystem is two-way reliable voice communication. A second purpose is to enable authorised personnel to remotely shutdown the turbine oil pump facilities for safety reasons, should an emergency occur during oil loading operations, for example, an oil spill, fire, etc.


Halul Island
Halul Island is part of the State of Qatar located about 80km north-east of the city of Doha, with an area of 1.5 square kilometres. It has all the ­facilities of a major international oil terminal. The island is home to 11 large crude oil storage tanks with a total capacity of 5 million barrels, crude oil pumping facilities, power generation and water desalination plants. Oil is blended and exported from Halul to customers’ oil tankers moored offshore on two single mooring buoys.

Single buoy mooring
These moorings are located 3.9 and 5.1km at the deep-water site south-east of Halul Island. The floating tanker rotates around the turret of the buoy, depending on current and wind direction. The rotational freedom is 360°.

Operating procedure
•A handheld/mobile radio unit sends a shutdown command over the dedicated channel
•reception of the command is acknowledged by the system to the handheld/mobile radio, after a programmable delay
•the system decodes the shutdown command signalling tone and, after a programmable delay, activates the relay in the SBM instrumentation panel in the control room.

The pump shutdown relays are located in the auxiliary room and are currently controlled by relays in the SBM instrumentation panel in the control room by a low-voltage digital signal. The system is ­interfaced to the existing radio dispatch panel (in the radio room). Operators are able to manually switch between the main and stand-by base stations for every channel, and can also carry out a reset function for the shutdown status. On this radio dispatch panel, signalling takes place (LED and buzzer) of every received shutdown command.

The mobiles (SRM2000) and handheld portables (MPT 700) are able to generate a shutdown command without interference with the console operators. Blocking of the shutdown command by operators can only take place via the SBM instrumentation panel (and not via the radio shutdown system). Every shutdown command is logged, with sender identification and a time and date stamp.

All equipment (monitors, computers and radio ­communication) is powered by its own uninterruptible power supply unit. The total system is resistant to a power failure for 8 hours.


Tetra Trunking System CTS100
The supplied digital radio system consists of a terrestrial trunked radio (TETRA) system. The Compact TETRA is a new design using distributed intelligence and the latest state-of-the-art technology. TETRA is a European Telecommunications Standards Institute (ETSI) standard for digital mobile radio communication for both voice and data traffic. A growing number of companies in the industrial and transport sector are changing from analogue (trunking) systems to TETRA. The TETRA system is a digital trunking system, which implies that no fixed channel assignment is required. A free traffic channel is assigned to any authorised user requesting access to the system. Theoretically, four user-groups can use one TETRA radio carrier simultaneously, as TETRA is a four-slot time division multiple access (TDMA) system. In trunking radio networks, two types of channels exist: the traffic channel normally carries voice communication, and the control channel is used for access control (by the user) and short data messages.

The smallest system, CTS100, has two carriers, providing a maximum of seven traffic channels and one control channel and contains two transceivers in a redundant ­configuration. The system we installed with the Consolidated Gulf Company (CGC) as local contractor and Getronics (K&H) as subcontractor is a CTS100 Compact TETRA system, which can easily be expanded for future developments. In the SBM radio shutdown system, the shutdown commands consist of short data messages. Since these are transported via the control channels, shutdown commands will not affect the availability of free voice traffic channels. It can tolerate the failure of individual components and links, without employing expensive centralised redundancy concepts. Equipment failures have only a limited effect on system operation; should a transceiver fail, another one will take over. The system uses digital voice coding throughout the network. This results in the best possible end-to-end voice quality and the fastest possible call set-up times. Extensive monitoring and control facilities ease initial system set-up and reduce the cost of ownership. Online monitoring functions and extensive logging and tracking ­facilities are used.

Gateway Server (CTG-1/2)
The Compact TETRA Gateway (CTG-1/2) computers (main and standby) are needed as an interface between the Compact TETRA ­infrastructure, the Compact TETRA Dispatcher (CTD-1) and the local data network. The gateways act as a database for logging ­activities for all kinds of data generated by the system. All data are presented in a raw form and need to be handled by dedicated software to show these data in an orderly fashion in order to be handled for maintenance purposes. The Compact TETRA Dispatcher (CTD-1) will run the management, maintenance, service, monitor and data logging ­applications from the SBM system.

Operator Workstations
The two operator workstations (graphic dispatcher) are also important components in the system. At two locations (radio and control rooms), the operator workstation monitors and controls all activities in the system. The radio room of one of the operator ­workstations (GD-100-1) is near the equipment room. The other workstation is 450 metres away, located in the control room (GD-100-2), close to the shutdown equipment in the auxiliary room. To overcome communication failures, a redundant optical fibre connection is used between the equipment room and the auxiliary room. Communication between the workstations and the CTG-1/2 dispatchers is based on a 100TBase network.

Both operator workstations are equipped with a 17-inch LCD touch-screen monitor. This monitor combines the reliable performance of touch technology with the latest advances in LCD display design.
The operators are able to perform the following functions:
•monitoring talk group ­communi-cation
•breaking in on ongoing ­communications

•selecting one group to commu­ni­­cate, while monitoring others
•monitoring activation of the shutdown command
•re-setting shutdown procedures and manual switchover from main and stand-by radios.

Handheld Portables and Mobile Radios
The handheld radios can transmit and receive short data service (SDS) messages, as well as normal voice communication. This SDS and voice communication is relayed via the Compact TETRA base station to the SBM instrumentation panel.

Antennas
To overcome disturbances in radio communications, the antennas have been placed in space diversity. It is a transmission technique in which the information-carrying signal is transmitted along several different propagation paths. This is achieved by using multiple receiver antennas and multiple transmitting antennas. To see improvements from horizontal spacing, two antennas are placed at least 10 wavelengths apart. This is based on the concept that during a deep fade at one antenna location, the fade will not be as severe at the other receiver antenna location. It offers proven enhancement in uplink performance for reception of both mobiles and portables.

Training
After the commissioning period in October 2005, an intensive technical training started for workstation operators.
Halul Island has its own fully equipped electronics department, where groups of people work in shifts and are able to do all first-line maintenance. After intensive onsite training of the two groups of technicians, they are qualified and able to repair, exchange and program all mobiles and handheld radios, and change settings in the complete digital SBM radio shutdown system.

The newly installed digital SBM radio shutdown system has been running without any breakdowns since its start-up. 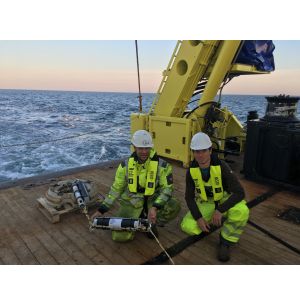 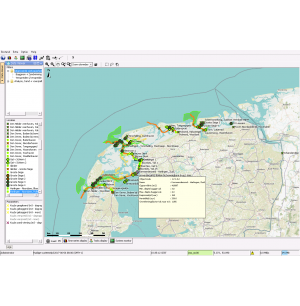 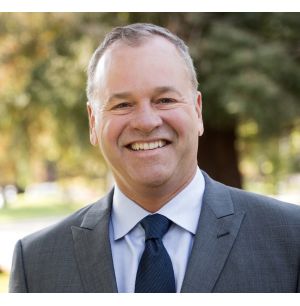