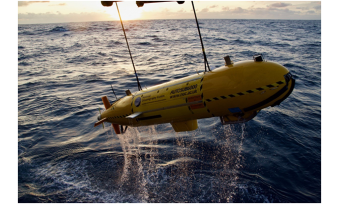 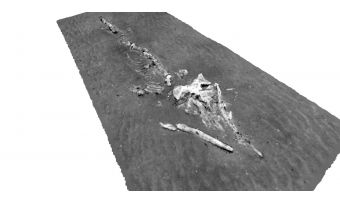 Newly developed 3D imaging technology has allowed scientists to map Darwin Mounds, a unique area of cold-water coral reefs off the coast of Scotland, to see whether it has recovered since being declared a Marine Protected Area sixteen years ago.

The images show that in areas of the Darwin Mounds that had been heavily trawled, coral growth is still very sparse, and there has been no real recolonization. However, healthy coral growth was found in parts that had only been minimally damaged by bottom trawling, indicating that marine conservation measures are most effective when they are put in place before damage occurs. The team also discovered a large amount of plastic waste snagged on the coral.

Dr Veerle Huvenne from the National Oceanography Centre (NOC), and chief scientist of the expedition that made these discoveries, said, “This proves once again that ecosystem recovery in the deep sea is very slow, and that it is better to put protective measures in place before damage occurs. However, encouragingly, settlement experiments deployed in 2011 and recovered on this expedition indicate that new coral larvae can indeed settle in the area.”

These findings are the result of a three-week research expedition in the North-East Atlantic on board the Royal Research Ship Discovery, home port Southampton, UK. This expedition was a collaboration between the NOC, the University of Southampton, the Joint Nature Conservation Committee, the University of Edinburgh, University College Cork and the Scottish Association for Marine Science. Using the latest in marine and robotic technology, the team collected data to evaluate the status of the Darwin Mounds, a series of cold-water coral reefs lying at water depths of 1,000 metres, once heavily impacted by bottom trawling.

This expedition saw the first deployment of a newly developed 3D imaging system called BioCam, a combined stereo camera and laser scanner built by the University of Southampton under NERC’s Oceanids Programme, which was used to create multi-hectare 3D visual reconstructions of the seabed. Mounted on Autosub6000, a robot sub developed and operated by the NOC, the system successfully mapped more than 50 hectares of seabed in less than 48 hours at photographic resolution.

Together with an extensive series of samples, and more than 75 hours of high-definition video data collected by the HyBIS Robotic Underwater Vehicle, the BioCam images provided evidence of healthy coral growth in locations that previously had seen only a minimal impact from bottom trawling.

Cold-water corals are coral species that can live without light, and the reefs they build are important habitats for a wide variety of deep-sea life, including commercially important fish. The Darwin Mounds have been protected from bottom contact fisheries since 2003, and were last studied in 2011, at which point they had not yet recovered from the fishing impacts.

Dr Veerle Huvenne continued, “It was very encouraging to see the recruitment of new coral polyps on the settlement experiments, although this has not yet translated into widespread new coral growth in the heavily impacted areas. We will continue to monitor the site over the coming years to learn more about how deep-sea ecosystems recover after disturbance.”

“Working with the new BioCam system gave us an unprecedented insight into the spatial pattern of the coral growth. It also showed us how the marine animals are living with and around the coral, and it even provided us with unexpected discoveries, such as a complete whale skeleton that we had no idea was on the seabed in the area.”

“The fact that BioCam was able to collect data that is useful for scientific monitoring on its first deployment is a tribute to the hard work that went into preparations for this expedition from the teams at the University of Southampton, the MARS team at the NOC, local industry partners and the captain and crew of the RRS Discovery. We are looking forward to its next deployment.” Unfortunately, the imagery also demonstrated the presence of a large amount of man-made litter. The area is characterized by strong tidal currents, and coral colonies form natural obstacles on which plastic debris can easily snag.

Hayley Hinchen from the Joint Nature Conservation Committee said, “It has been fascinating to see first-hand the coral mounds in the area, some of which are thriving and others which are struggling to recover. This survey has confirmed that, even after more than 15 years of fisheries closures, the impacts of bottom trawling are still evident, and some newer pressures seem to be growing. The level of litter that we observed across the site is quite shocking, and we still don’t know how this is affecting the seabed communities we’ve seen over the last three weeks.

“The wealth of data collected on this expedition will allow us to assess the current status of the habitats and species in the Darwin Mounds both at the small and large scale, and to define how it has changed over time. The amazing 3D imagery from the BioCam system allows us to investigate huge areas of the seabed at millimetre-scale resolution – a tool that could really support marine monitoring and conservation efforts in the future”, Hinchen adds.

In their final blog post, two members of the expedition, Loic Van Audenhaege and Larissa Macedo, wrote, “Reef-forming cold-water corals and many sponges require specific environmental conditions for settlement, such as the presence of a hard substrate, which remains a rare feature of the seabed. In the Darwin Mounds area, our dives allowed us to observe that sand and mud make up the primary substrate of the seafloor, except on the mounds themselves.”

They continued, “Reef-forming cold-water corals cannot grow on a soft substrate. This was well-observed in our previous blog post as new cold-water corals were growing on an eight-year-old buoy, but none were observed growing on the surrounding seabed. While many organisms can sustain themselves in a soft-substrate environment, the apparent biodiversity remains low, compared to what we can see from the pictures of the coral reefs. However, it would be foolish to state that this type of habitat is not biologically interesting. Photographs have limitations in terms of showing the full variety of forms in which life can occur. For instance, as revealed by the box core operations, many tiny organisms thrive in the sediment and they may encompass an equally important part of the life at the Darwin Mounds site.”

Further detailed analysis of the imagery and samples will be necessary to fully evaluate the changes in biodiversity and communities of marine animals in the area since 2011. This work is part of the CLASS programme (Climate Linked Atlantic Sector Science), which aims to increase our understanding of how the ocean will evolve under a changing climate and increased human exploitation, with the objective of supporting sustainable marine management. The BioCam project is funded by the NERC’s Oceanids Programme.

The NOC is the UK’s primary centre for providing national capability for oceanographic sciences. Our vision is to be one of the world’s top three oceanographic research institutions, leading the way in the advancement of knowledge and understanding of our oceans.

The institute provides the UK with the national capability needed to be a top global player and to lead and participate in international cooperation. The NOC undertakes research in large-scale oceanography and ocean measurement technology innovation. It works with government and business to turn great science and technology into advice and applications. The NOC supports the UK science community, based in universities and smaller research institutes, with scientific facilities, research infrastructure and irreplaceable data assets – enabling the UK to harness the full power and diversity of its scientific talent in ocean science.

This article has been produced in collaboration with the NOC (UK).