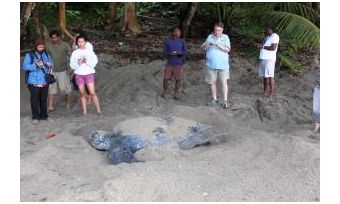 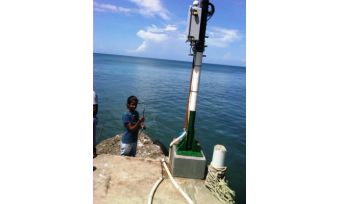 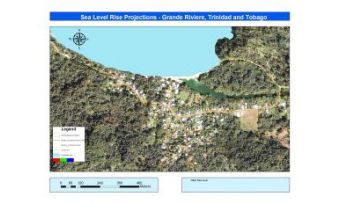 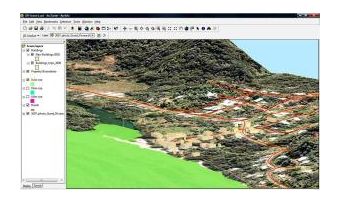 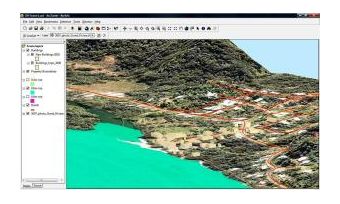 In 2009, a research project was implemented to study the potential socio-economic impacts of climate change upon coastal communities in Canada and the Caribbean. Grande Riviere in Trinidad and Tobago, one of the study sites, is an important nesting site for leatherback turtles. Turtle watching, part of eco-tourism conducted in that part of the country, is an important source of income for the community. Any significant rise in mean sea level may negatively impact the turtles’ nesting sites and consequently negatively impact Grande Riviere’s socio-economic wellbeing. Hydrographic and topographic surveying techniques and GIS were used to construct spatial models that will form the basis for efforts to ascertain the potential socio-economic impacts of sea level rise upon Grande Riviere. The models determined that even a 0.4 metre rise in local mean sea level could destroy turtle nesting sites. Data used to construct the models were obtained under conditions existing in many Small Island Developing States (SIDS).

All coastal communities are at risk from potential sea level rise, storm surges and other weather phenomena due to climate change and climate variability. However, coastal communities in developing nations, and particularly those in SIDS, are especially vulnerable. Projections made by the Intergovernmental Panel on Climate Change (IPCC) include sea level rise of 0.6m or more by 2100. Other sources, mentioned in the Further Reading section, have made more or less drastic projections. Therefore, with the objective of preparing and implementing appropriate mitigation and adaptation strategies for dealing with the potential threats, the project focuses on eight coastal communities, four each in Canada and the Caribbean.

This article focuses upon one of the communities: Grande Riviere in Trinidad and Tobago. During the breeding season, leatherback turtles dig nests along the entire stretch of the narrow beach Grande Riviere. The beach is less than a mile long, but during peak nesting seasons more than 5000 turtles will visit the site. The community derives much needed income from turtle watching, which occurs mostly at night when turtle nesting is most active. Each turtle may lay eggs several times during a season, and counts have been made of up to 500 nests being made in one night. It is rare, but it is possible to see turtles nesting during daylight hours (Figure 1). Sea level rise is therefore a real threat to the nesting sites, and consequently to the eco-tourism income of the community.

The project's overall methodology is interdisciplinary, using socio-economic impact assessment strategies supported by spatial modelling. This article describes the results of the spatial modelling. The research does not question the accuracy of IPCC projections used in the models, but instead investigates what would happen environmentally and socio-economically if the projections were to become reality, and what could be done to mitigate or adapt to the threats.

Methodology of the Spatial Model Construction

The data collection and GIS methods used in constructing the models were chosen to maximise use of best available secondary spatial data, and to supplement that with primary field data where appropriate. The results of the models are limited by the fact that neither subsidence nor uplift of the proximate coastal landmass was taken into account. Erosion and accretion processes were also not taken into account.

Primary data were obtained from tide measurements and topographic survey exercises. A Trimble R6 GPS Receiver was used to establish control points within the study site. An estimate of MSL at Grande Riviere would have been ideal but long-term tidal observations were not available for the site. A short-term average would have to suffice due to time constraints. It was decided to do a tidal datum transfer from Toco fishing village (East of Grande Riviere). A tide gauge was located at Toco but it was deliberately damaged and removed by unknown persons (Figure 2). However, the village is the closest location of known vertical control that could be used in the study.

To overcome the problem of the missing tide gauge, manual tidal measurements were taken at Toco. Tide reductions were derived and a relationship established between the water level and tidal datum. At the same time that tides were being manually measured at Toco, measurements were being taken from a tide gauge that was mounted adjacent to a jetty at Grande Riviere.

To establish a vertical datum at Grande Riviere, a time series of tidal data was collected over a 5-hour period, allowing for one hour across the complete high tide. Precise levelling was done to use an established control point as a reference to the vertical datum, thereby establishing the relationship between the tide gauge bench mark and a tide staff (i.e., transferring average sea level to the control point). The simultaneous observations taken at Toco fishing village were used to transfer its tidal datum to the beach at Grande Riviere. At this point the z coordinates of the control points at Grande Riviere represented average sea level.

AutoCAD and ArcGIS were used to process the primary and secondary data, and to create 2D and 3D visualisations of potential sea level rise physical impacts upon Grande Riviere's environment and community infrastructure. The data from the tidal datum transfer was used to create a contour representing ‘mean' sea level. This data was merged with secondary contour data as well as with data from the topographic survey to create an updated contour layer. The updated contour layer was then processed to produce a Triangulated Irregular Network (TIN). The TIN was then reclassified according to IPCC projections, and the various sea level rise polygons digitised from the appropriate heights.

An aerial photograph was draped over the TIN to give the digital elevation model a realistic appearance. The other secondary data (i.e., roads, buildings etc.) were then incorporated into the model. The various projections were then incorporated into the model to assess possible impacts. The models (Figures 3, 4, and 5) determined that even a 0.4 metre rise in local ‘mean' sea level could significantly inundate turtle nesting sites.

The beach at Grande Riviere is characterised as high energy. The wave actions are responsible for the formation of a prominent sand bar at the mouth of the river at the site (Figure 3). The sand bar disappears during the rainy season when the river's volume and flow increases, and the river flows unimpeded to the sea. According to the model, a 0.4 metre rise in ‘mean' sea level will flood this area and possibly terminate the process of creating the sand bar.

The sea level rise projections imply that the beach at Grande Riviere could be significantly reduced in size. The loss of habitat will likely influence the turtles' nesting habits and choice of nesting sites. This will reduce tourism income for the community.

If a 0.4 metre sea level rise is a reasonable projection, then decision makers can use the model's result to decide upon what strategies should be implemented to mitigate or adapt to the threat. Beach nourishment, for example, is one adaptation strategy to beach loss. Maintaining beach size is one objective, but care has to be taken to replace sand with that of similar grain size and organic content if the protection of turtle nesting is to be considered. Additionally, studies have shown that increases in unsuccessful nesting and decreases in actual nesting have occurred immediately after beach nourishment was implemented. Manual nest relocation is another strategy that could be employed. In the Caribbean island of Grenada, on Levara Beach, this strategy is used to move nests to more suitable locations.

The model demonstrates the contribution of hydrography to solutions for biological and socio-economic problems. However, the accuracy of the model is affected by the paucity of available tide gauge data that motivated the methodology of convenience described. Historic and current beach profiles are being processed to improve the spatial impact projections.

The lack of tide gauge data is a problem that occurs across the entire Caribbean region. Where tide gauges exist, some contain only a few years of data while others are in various states of disrepair. In many instances, faulty equipment inhibits the collection of continuous data. Some are no longer collecting data and others have stopped functioning entirely. At other sites, the gauges no longer exist. Additionally, the issue of data reliability comes into play because data from some tide gauges are not necessarily reduced to any level previously established from observed sea level. In these kinds of sub-optimal data environments, versions of the methodology outlined in this article could be used at other Caribbean sites to ascertain assessments about the probable impacts of projected sea level rise upon the physical, biological and socio-economic environments.

The author acknowledges the late Dr. David Neale who assisted in obtaining tide gauge data and provision of the tide gauge used at Grande Riviere. Mr. Amit Seeram, Ms. Safiya Alexander, Ms. Sade Grant, Ms. Rachel Rampersadsingh and Ms. Anushka Singh (all undergraduate students at the time of the surveys) are hereby acknowledged for their assistance in completing the field surveys. Finally, Canada's Social Sciences and Humanities Research Council (SSHRC) and the International Development Research Centre (IDRC) are acknowledged for funding the project. 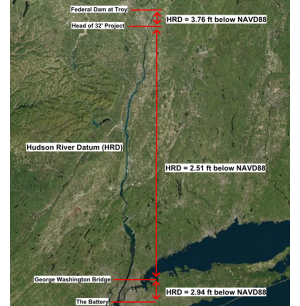