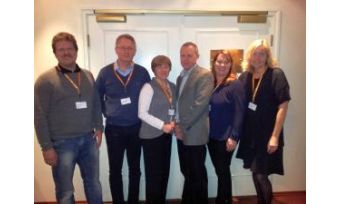 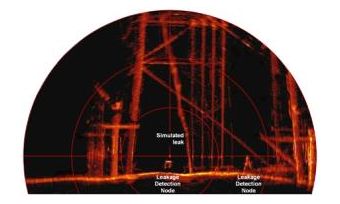 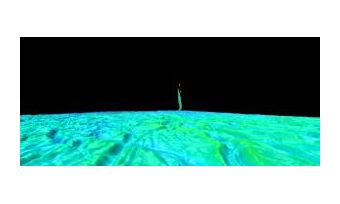 The annual Seabed Mapping and Inspection conference took place from 6 to 8 February 2013 in Geilo, Norway. The conference had more than 150 participants, and included people working with technology development, survey and inspection in the marine segment of the oil and gas industry.

The conference was held in Geilo, a beautiful winter paradise with 39 downhill slopes and 550km cross country tracks, more or less as far away from the ocean as you can get in Norway. With generous lunch breaks allowing for skiing, or just soaking in the spa, the conference had an informal atmosphere combined with a very high scientific and technical level.

The conference was opened by Egil Ingebretsen from Statoil, who was the chair of the Technical Committee. The first presentation started with some critical questions about the future activities in the Arctic from Jon Marsh Duesund of Rystad Energy, asking whether this was to be considered a hype or real. The expectations for this market have been high in Norway, and Duesund concluded that there will be great opportunities, but probably not as quickly as many had hoped for.

While most of the presentations focused on state of the art and upcoming technologies, some looked back. The multi-beam echo sounder technology has revolutionised the world of marine mapping, and the Norwegian company Kongsberg with its EM series has been at the forefront of this development. Eddy Lund from Kongsberg, soon to retire, gave a lively description of the early development of this industry. He emphasised the importance of the co-operation with and economic support from the oil company Statoil, which needed the technology for its field developments.

Acoustic and chemical sensors to detect natural gas leakages or leakages from man-made subsea constructions were presented by Terje Thorsnes from the Geological Survey of Norway, and Per Sparrevik from the Norwegian Geotechnical Institute. Thorsnes focused on large gas flares in the Barents Sea detected using the water column data from a hullborne EM710 multi-beam echo sounder, combined with AUV mounted methane sniffers, synthetic aperture sonar and optical systems. Sparrevik described how well-established techniques can be combined to provide an efficient monitoring system with online processing giving early warnings for conditions which may develop into critical leakage scenarios. Gas leaks from bubble trains to significant gas plumes are rapidly spotted by scanning sonar systems, and chemical sensors which are sensitive enough to detect changes from the normal background level.

Focus on AUVs and SAS

The use of autonomous underwater vehicles (AUVs) and synthetic aperture sonar (SAS) was addressed by several presenters. AUVs make it possible to perform very detailed mapping at a reasonable speed close to the seabed, and emerging technologies such as SAS give extremely detailed acoustic mapping. An interesting comparison was given by Ola Oskarsson from MMT Sweden. They compared results from hullborne multi-beam echo sounders with data from ROV and AUV mounted systems, and added a SAS system to the AUV.

The conference had a broad spectrum of presentations, covering various aspects of technology and experience. Installation, operational performance and calibration operational experience were key words, but the conference also included the latest developments in environmental guidelines, positioning, geographic information systems and visualisation. Perhaps most important was the fact that the splendid setting and generous breaks provided excellent opportunities for ample informal discussions in between the presentations during the formal sessions.