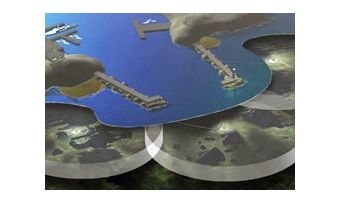 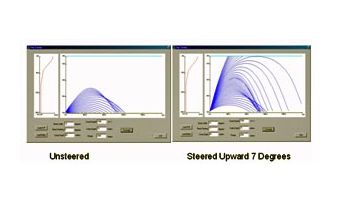 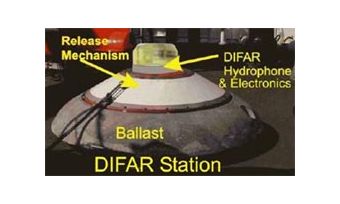 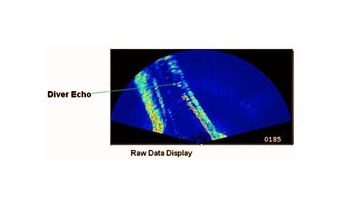 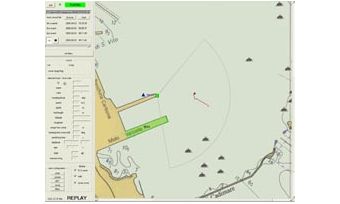 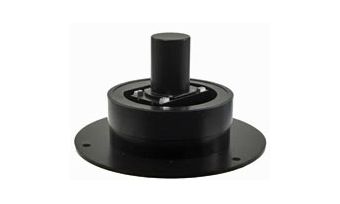 The problem of protecting ports, harbours and waterside facilities has recently received a great deal of attention. Several systems have been deployed, but almost none of these efforts has been totally successful. Here, we discuss some of the factors that can make the difference between success and failure when specifying a port protection system and the importance of the hydrographic environment.

There are two types of systems. A permanently installed system (Figure 1) for initial intrusion detection and tracking, and a mobile system for entry route surveys, follow up and interception. The permanent systems require detailed hydrographic surveys for selecting the optimum cable routes and defining the configuration of sea-floor-mounted devices. For the purposes of this discussion, we focus on the many and diverse factors that affect the specification and selection of a permanently installed intruder detection system.

Type of Protection
Most ports are shallow, busy and noisy, and have murky water with poor visibility. The type of protection required is determined by:
• the type of vessels using the port
• the possible threats at that location
• the economic and physical costs of disrupted port operations
• the action that will be taken in the event of an intrusion
• how much time it will take to react when a potential threat is identified.

Accuracy Requirements
The accuracy with which the sensors can pinpoint the intruder’s location should be determined by the type of threat, the resources that will be used to intercept the intruder and the location where interception is desired. The port area should be broken up into distinct geographical zones, a unique threat profile established for each zone and zone-specific localisation requirements specified that reflect the intruder type and the means available to neutralise the threat.

In general, less accuracy is required in the outer harbour than the inner harbour because the threat is larger. The location of a diver must be known within about 6 or 8 metres to interdict successfully. For a mini-submarine, localisation to a few hundred metres is adequate.
Note that required localisation is determined by the factors listed above, not by the sensors installed to do the detection. System localisation can be improved by deploying additional sensors and overlapping their coverage.

Environmental Concerns
In the USA, environmental laws require that sonar operations do not adversely affect marine life or pose a safety hazard to divers. Sonar systems operating at 85kHz or above usually satisfy local environmental criteria. Those operating at 100kHz almost always do.
The disadvantage of the higher frequency is shorter detection range due to absorption of sound in very salty water. Significant advantages of higher frequency are:
• smaller size
• easier deployment and recovery
• lower cost
• environmental acceptability.
For tactical flexibility, all underwater sensors must be capable of deployment several kilometres from shore, implying the use of fibre-optic links.

Underwater Attack
Surface scan radar, low-light-level TV and thermal imagery are useful for classifying intruders as surface or submerged. To make maximum use of this additional data, a data fusion system with geographical overlay capability should be used.
Underwater attack is more likely near the assets being protected. A network of diver detection sonars should be used. Even the best diver detection systems seldom work reliably beyond 450 metres. Their range is limited by the wakes of passing vessels, which persist for several minutes. Permanently installed systems have lower operating and maintenance costs than mobile systems. As a result, they are the preferred alternative for protecting major ports and waterside facilities.

Intruder Localisation
Localisation is the accuracy with which a system can pinpoint the position of an intruder at any given time. Localisation is determined by the resolution of the individual sensors and by the number of sensors detecting the target simultaneously. Each sensor estimates the intruder’s position. Averaging is used to refine the estimate and establish the intruder’s track. The larger the number of sensors detecting the target, the more accurate the estimate. Fixed system cost is inversely proportional to the square of the detection range. Doubling each sensor’s detection range reduces system cost by a factor of 4. Specifying better system localisation than is necessary has a major effect on the resulting cost. It is important, therefore, to understand and account for the factors that affect the detection range of acoustic sensors.

Hydrographic surveys should be conducted to define bottom composition, and to verify the suitability of proposed cable routings and the means for protecting the cables. Sea-floor bearing strength at potential sonar locations must also be determined. In addition, periodic hydrographic surveys of entry routes should be conducted and difference processing used to define any changes since the last survey. This would provide increased protection against the possibility of mines.

Adapting to the Environment
A common error when designing an acoustic system is to assume that the environment does not change and to underestimate the effect of propagation variability on system performance.

The sun heats up surface water more than deeper water. Sound travels faster in the warmer surface waters, causing sound energy to bend downward, limiting the range at which sound can be detected. As a result, detection range is often shorter in the summer than in the winter. The propagation variations can be compensated for by sensing the sound velocity in real-time and using those data to steer the beam vertically to improve performance. Figure 2 shows coverage achievable from a sea-floor-mounted sonar in August. The traces on the left show the coverage with no vertical plane beam steering. The traces on the right show the effect of steering the beam upward 7°. In January, best performance is achieved with no beam steering.

To be successful in a fixed system, each sensor must compensate for environmental changes. To do so, these changes must be sensed in real-time and the sonar must be controllable from shore. The operator must be able to change the transmitted signal and to choose between different signal types.

Required Maintenance
System specifications seldom address maintenance and serviceability. In coastal areas, the water is shallow: marine growth is inevitable. All undersea components will require periodic cleaning, and must be designed to allow that to happen. The warmer and shallower the water, the more often the equipment requires maintenance. Furthermore, biofouling is a local phenomenon that must be assessed on-site. An anti-fouling coating increases the time between required cleanings. Acoustic releases and recovery lines should be part of the system, which should be low profile to resist floating debris and have a large footprint for stability. A good example is the NATO system shown in Figure 3.

Operator Fatigue
Operator workload must be minimised by automation. Figure 4 (right) shows unprocessed data acquired with diver-detection sonar. It is impossible to watch such a display for several hours, attempting to pick out the single echo that might be an intruder. Automated detection and tracking algorithms provide significant improvement. Figure 5 (left, bottom) shows a modern display tracking a diver. Situational displays, showing fused data from several different sensor types, should be required in all systems. The RESON SeaBat 7112 volume-scanning multi-beam sonar (shown in Figure 6, right, below) satisfies these requirements. Sonars such as the SeaBat 7112 sonar can also be used for a number of civilian applications.

Remote Areas
Steadily increasing oil prices have driven the oil and gas industry to operate in more remote and hazardous areas. Exploration and production in Arctic areas suffer from the threat of floating icebergs, whose huge draft can damage subsea installations. Contractors operating in these areas are required to provide a warning system to alert crews of an approaching iceberg with sufficient time to secure any subsea installations and remove any mobile assets and support craft. Radar is a commonly used tool for this application, but only a high-resolution 360° coverage sonar such as, for example, the SeaBat 7112 is able to accurately determine the iceberg’s draft so that a quick assessment may be made of the threat level. The ability to accurately track a target and determine course and speed is also critical information. Furthermore, such sonars can be used for detection of marine mammals.

The SeaBat 7112 may be deployed as a permanent installation or simply lowered over the side of an installation or vessel on a crane to provide instantaneous information. Built-in tilt and heading sensors allow an accurate, rapid tactical image to be constructed with ease. In addition, the 533mm diameter allows the SeaBat 7112 to be mounted in a standard autonomous or unmanned underwater vehicle. Its circular coverage allows simultaneous survey of the sea floor and the underside of ice floes.