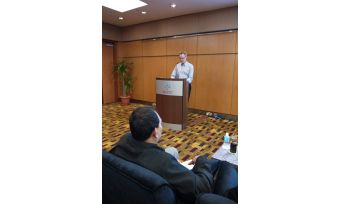 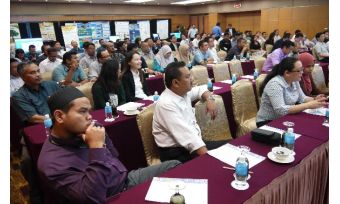 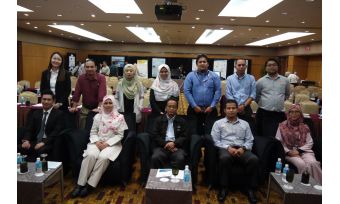 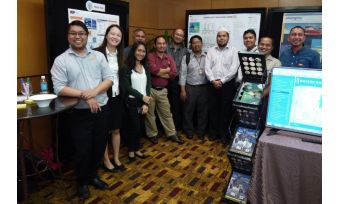 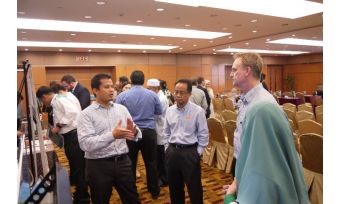 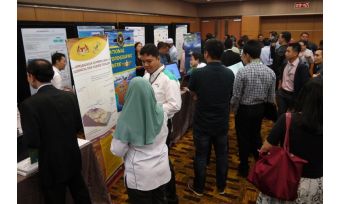 In conjunction with the release of Seabed Survey Data Model (SSDM) version 2 earlier this year, PETRONAS took the initiative to organise the SSDM Showcase 2017 on 23 May 2017 at the Kuala Lumpur Convention Center in Kuala Lumpur, Malaysia. The  main objective of this event was to inculcate awareness and to promote the utilisation of SSDM for all seabed survey data deliverables in Malaysian waters.

The half day event was jointly organised by the Geomatics Department of PETRONAS and Ogeosies Malaysia, supported by the Group Technical Data (GTD) of PETRONAS, and two Malaysia Government Agencies, namely the National Hydrographic Centre of the Royal Malaysian Navy (NHC) and the Malaysian Centre for Geospatial Data Infrastructure (MaCGDI).

During the opening remarks, Eric Anderson, head of Exploration Geophysics Solution of Exploration PETRONAS (Figure 1), expressed his recognition and full support for the utilisation of SSDM for long-term investments as well as to elevate the current practices to industry standard specification. This is in line with the company’s aspirations for data optimisation and digitalisation (i.e. invaluable intangible assets).

There were five multimedia presentations about SSDM implementation, leveraged on the utilisation of SSDM and the requirements for data submission to PETRONAS, from the perspective of 5 different types of organisation i.e. iOGP, PETRONAS, a PSC contractor, a survey contractor and a government agency.

The networking and walkabout sessions gave the participants the opportunity to get to know each other and to ask questions. Five survey contractors and two government agencies participated in the poster presentation, of who three also offered booth presentations.

In general, the event was successful in meeting the objectives and received very positive remarks from the participants. As a follow-up, SSDM workshops for continuous familiarisation and education to the survey contractors are planned, so that they can and will comply with the requirements and standards set by iOGP and PETRONAS.