Optimisation of a Bathymetry Module within a Rip Current Prediction System 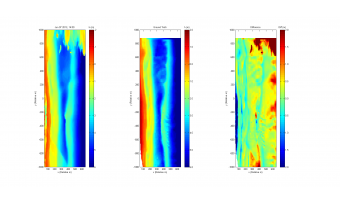 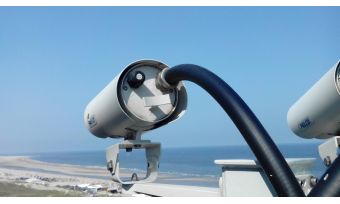 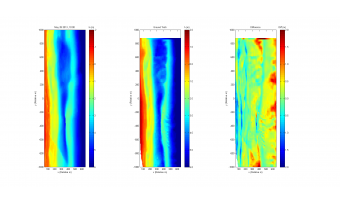 The applicability and reliability of a video monitoring system used to predict rip currents at a Dutch beach has been investigated in more detail, including the testing of additional image processing methods and error analysis tools.

The dynamic appearance of offshore directed currents, mainly rip currents, during the summer season has led to several fatal incidents at the beach of Egmond aan Zee (The Netherlands) in the past. A rip current prediction system has been set up in order to avoid such incidents in the future. The occurrence and characteristics of rip currents depend strongly on subtidal bathymetries, hence detailed survey data is required for accurate predictions. ARGUS, the video monitoring system, was considered to provide the prediction system with precise, regularly updated bathymetry data. This is why the applicability and reliability of the ARGUS system was investigated in more detail, including the testing of additional image processing methods and error analysis tools.

Egmond aan Zee hosts one of the most popular beach sites in the Netherlands. Thus, guaranteeing safe recreation for every visitor is one of the mayor concerns in this area. During the 2016 swimming season, the Dutch lifeguards in Egmond, the Egmondse Reddingsbrigade, had to deal with a number of fatal incidents caused by strong rip currents. In order to gather reliable bathymetry, wave and tidal data for the nearshore area, the video monitoring system ARGUS was installed along the beach (Figure 1). ARGUS is a video programme that was initially developed and distributed in the United States by the Coastal Imaging Laboratory of the Oregon State University (OSU). The distribution of ARGUS in Europe and other regions is carried out by Deltares. The system embeds functionalities that give details on the location of rip currents and their velocities, some of which could be dangerous for swimmers. One of the applications of this system is the provision of this information to lifeguards on site, who can then take action before a threat is imminent to swimmers (#1). To this day, the forecast relies on bathymetry data derived from watercraft surveys by means of echo sounding measurements. This cost intensive method currently creates accurate data in calm sea conditions, but cannot maintain its accuracy after a storm has reshaped the coastal structures. A stationary optical system like ARGUS delivers live updated bathymetry at lower cost in combination with an appropriate analysing method. Therefore, the cBathy algorithm was tested to derive bathymetries from the optical signals caught by ARGUS.

The basic principle behind cBathy is the relation of wave celerity to radial frequency (including the radial wave number), which can be described mathematically by the wave dispersion relation for airy waves. Thus, the basis for the cBathy algorithm is the correlation of wave frequency (number of waves per time unit at a certain point) to the water depth. The information about the frequency and the wave number at defined areas of the sea surface can be detected by the ARGUS system. Information regarding the local water depth and the sea bed elevation can therefore be derived by observing the sea surface.

After the raw data has been gathered, the first step of the algorithm is the transformation of the signal within the raw input from the time domain to a frequency domain. In the second step, maps with estimated depths for chosen site-specific frequencies are merged, and in the final step, the results gained in step II are filtered and validated by the application of the Kalman filtering method. Several parameters can be adjusted to give the algorithm the best possible input. Among others, parameters can be found to define the frequency band monitored factors to determine incoming wave directions as well as indicators for the dynamic behaviour of the shore.

Figure 2 exemplarily compares a bathymetry derived by cBathy (left) with results of an in-situ watercraft survey (middle). Two significant errors are displayed in Figure 2. The first plot represents the result of cBathy and the second plot in the middle represents the ground truth data. Subsequently, a difference plot of the two is shown in the right plot. The application of cBathy on the site of Egmond in 2013 pointed out that depths close to the shoreline had been incorrectly estimated due to shallow depths and swash motions at the shore. An additional function was implemented in the process workflow with the aim to prevent the overestimation of depths nearshore and replace this data with intertidal bathymetries (Sembiring, 2016). In the forefront of this work a contour line was inserted which excludes the input data from shallow depths. The implementation lead to the exclusion of inaccurate estimates and improved the quality of the bathymetries at the junction between intertidal and subtidal area. The improvement can be obtained when comparing the difference plot (right) in Figure 2 and 3.

The cBathy algorithm separates inaccurate input from reasonable input. Bad depth estimates are therefore rejected by the application of the Kalman Filter. Ongoing tests at the site of the ’Zandmotor’ near The Hague were conducted at the Technical University in Delft. These experiments highlighted that optical wave signals are disturbed by ships, thereby falsifying the results of cBathy by a scale of around 2m for bathymetry heights (Radermacher). This resulted in the introduction of a limit for a maximum change within one time step. Before results are considered they are checked for differences higher than 1.5m. Results that exceed this threshold are declared unfeasible and are not implemented in the final estimate. In addition, a relatively high temporal smoothing parameter was introduced. This parameter additionally slows down the algorithm changing the estimated bathymetry. Changes of significant bathymetry height conducted within hours due to faulty wave signals were excluded. This approach was tested after a storm that rearranged the bathymetrical structure. It was proven that within days the estimates were insignificantly different to a measurement shortly after the storm event.

For the application at Egmond aan Zee, Figure 3 shows an overestimation at the northern boundaries (x=800-1000m). The assessment of the estimated bathymetries and its input resolved certain issues within the depth estimates due to faulty optical input signals (e.g. Kite flights). After the application of the previously elaborated technique the overestimation at the boundaries is minimal and the coherence with the ground truth significantly increased. This is underlined when comparing the difference plot from Figure 2 and Figure 3.

The application of ARGUS in combination with cBathy delivers accurate results. The main issues which occurred during tests could be resolved. Nevertheless, a confirmation for a generic application cannot be made. Coastal structures need to be relatively uniform. In order to gain precise results for other sites, specific calibrations of setting parameters need to be done. At the OSU rises the awareness of setting physical parameters within cBathy carefully. It is underlined that built in parameters can adjust the cBathy algorithm to several circumstances. The OSU and Deltares are very experienced in setting these parameters. In addition, the documentation as well as the community of users is open, extensive and easy to enter.

cBathy: Past, Present and Future

Deltares has been using ARGUS for 20 years to reliably map intertidal bathymetries on several sites using the Automated Shoreline Mapper (ASM). The application of cBathy and the combination of cBathy-bathymetries with ASM-bathymetries delivers an approach to the live monitoring of a shore area with enormous importance. The certainty of ARGUS as well as its resulting precision constantly increases with the number of users. A final status of the cBathy algorithm will not be reached since the horizon of applicable sites is wide. The application of cBathy concludes a logical step in the chronic of ARGUS. The step towards a combination of subtidal and intertidal bathymetries will rely on further tests where the soundness of the parameter settings for cBathy is most valuable.

In January 2017, the Coastal Imaging Research Network, consisting of an international group of researchers exploiting optical signals in coastal, estuarine and riverine environments published an open source version of cBathy. This version was developed in parallel to the cBathy version being applied in the present work (#3). It sparks chances to widen an active community of users and thus the chance for cBathy to reach the status for generic application. 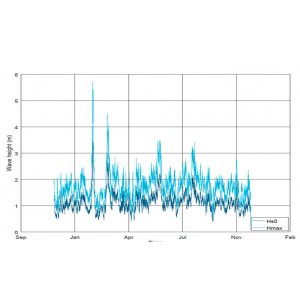 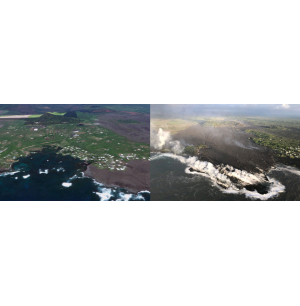 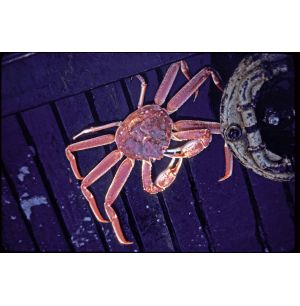