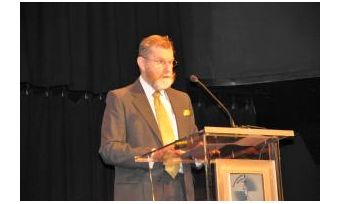 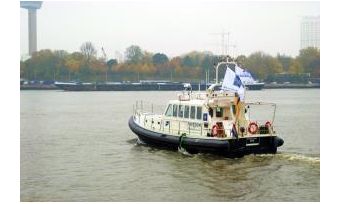 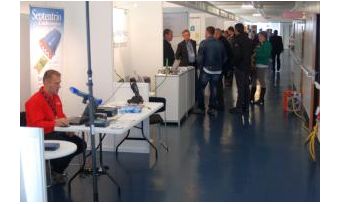 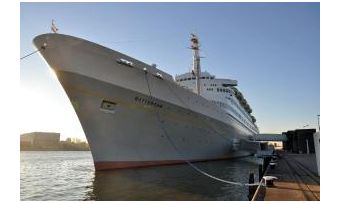 The hydrographic conference Hydro12 took place from 13 to 15 November 2012 on board the permanently moored former cruise vessel SS Rotterdam in Rotterdam, the Netherlands. This venue proved to offer a great environment for the conference, networking, demos in the Port of Rotterdam and more. The conference attracted over 400 delegates and the trade show had more than 40 companies exhibiting technical developments in the hydrographic market.

In his opening address, the president of the IHO, ­Robert Ward, reached out to the hydrographic community. The IHO should represent all hydrographic activities, not just those of the national hydrographic offices. He invited everyone interested to contribute to the work of the IHO by participating in its working groups.

Keynote speakers Peter Harris of Geoscience Australia and Terje Thorsnes of the Geological Survey of Norway illustrated the theme ‘Taking care of the sea’, by showing the central role of hydrography in large-scale multi-disciplinary projects about the state of the marine environment.

There were many contributions about marine geophysics, an important topic in the North Sea region. Examples include access to the port of Antwerp, and extension of a port in the Jade-Weser estuary. The first paper, presented by Yves Plancke of the Antwerp Maritime Academy, won the best presentation award, and the second paper, presented by Ruggero Capperucci of the German Senckenberg am Meer institute, was given the best student presentation award.

Hydrographic companies welcomed people in over forty booths throughout the ship. Alongside the conference and trade show, the programme offered tutorials, poster presentations, open meetings, ship demonstrations, a conference dinner, a wine tasting, and musical entertainment. But perhaps the most admired aspect of the conference was the venue itself, as the steam ship Rotterdam triggered the imagination of historic nautical adventures.

Holger Klindt, the new IFHS chairman, adds that with the IFHS’s perspective the HYDRO series in general and HYDRO 2012 in particular has to be seen in a much wider context. “In a world of an exponentially growing economy, with a breathtaking increase in demands for energy and commodities the oceans have come into focus as the basis for nations’ future development and well-being. Today a multitude of different users and applications are seeking for the continuous provision of precise, reliable and just-in-time ocean data and nautical information - not only for the safety of maritime traffic. Hydrography therefore has to reconsider its role and position in the wider maritime community. Added to safe navigation, other disciplines like the offshore oil and gas industry, deep-sea mining activities, global fisheries, offshore energy production and the tourism and leisure industry compete for maritime space and are therefore in urgent need of hydrographic services.”

Mr Klindt continues by stating that in recognition of developments, also within major international institutions like the International Maritime Organisation (IMO), the International Hydrographic Organisation (IHO) and the International Association of Marine Aids to Navigation and Lighthouse Authorities (IALA), the International Federation of Hydrographic Societies (IFHS) must take a more prominent role in contributing to and driving such initiatives. Promotion of the community’s interests must address this challenge on a truly global basis with a clear focus on both public charting and the survey industry perspective. And it is for this reason that the HYDRO conference and exhibition series has been created for the specialists’ community, as well as for the wider benefit of the maritime industry. This serves as the platform to exchange, discuss and shape our common views and positions on ocean policies, economics, science and technology in close dialogue with the current and future users of IFHS services.