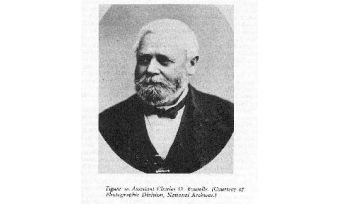 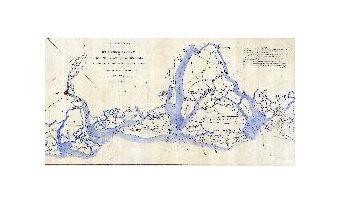 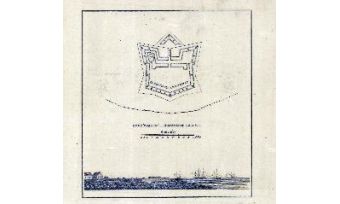 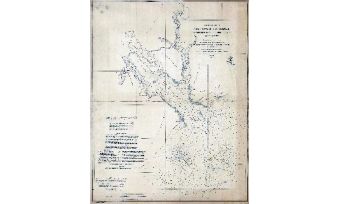 At the beginning of the American Civil War, the temporary dissolution of the United States Coast Survey was considered by Congress as a cost-saving measure. In response to this possible action, Alexander Dallas Bache, then superintendent of the Coast Survey, attached Coast Survey officers to all major naval and army commands; formulated the concept of a Blockade Strategy Board; and directed the compilation of Notes on the Coast of the United States, a series of memoirs describing in detail the hydrographic characteristics of various sections of the southern coastline of the United States.

Bache also became a member of the Board with navy officers Samuel Du Pont (chairman) and Charles Henry Davis and Army officer John G. Barnard. Partially based on information contained in Notes on the Coast...,, the Board recommended that naval operating bases be seized at Ship Island in the Gulf of Mexico, Hatteras Inlet on the North Carolina coast, and a port in the vicinity of Charleston, South Carolina. Port Royal, South Carolina, was selected as the most rational location for a southeast coast naval base. To seize Port Royal meant the Union Navy would have to destroy the two forts guarding the harbour - Fort Walker and Fort Beauregard.

Hatteras Inlet and Ship Island were seized in the late summer of 1861. The attack on Port Royal was scheduled for a month and a half later. Perhaps by design, Du Pont was designated flag officer of the expedition and Davis was named commanding officer of the flagship, U.S.S. Wabash.

The amphibious operation planned against Port Royal was developed around the proxigean spring tides which can produce tidal ranges approximately 40% above normal spring tides. This occurs when the moon makes its closest approach to the earth (perigee) at a time coinciding with the near alignment of the sun, earth, and moon (termed the syzygy). The predicted date for this occurrence was 2 November 1861. Thus, a great union fleet of 49 vessels was assembled and made ready to sail from Hampton Roads. But, inclement weather delayed sailing of the fleet until 29 October. By this time Coast Survey assistant Charles O. Boutelle and the Coast Survey steamer Vixen had reported to Du Pont. This was critical as according to Davis "Nothing could have supplied the loss of his knowledge of the ground. He made the triangulation, of the whole coast of South Carolina, with a taste for topographical details''.

After departing Hampton Roads the fleet passed Cape Hatteras uneventfully, but when nearing Port Royal the fleet encountered a violent southeaster on 1 November which did not abate until Sunday, 3 November 1861. As the Confederate forces had removed all buoys and other aids to navigation, the first task to accomplish was to find and buoy the channel. Boutelle transferred to the Vixen and assumed command. Under Boutelle, the Vixen, escorted by the gunboats U.S.S. Ottawa and U.S.S. Seneca, entered Port Royal Sound on 3 November. Accompanying Boutelle was Charles Henry Davis, fleet captain, who had spent many years on the Coast Survey as a naval officer prior to the Civil War. The sounding expedition was taken under fire by a Confederate naval squadron but succeeded in finding and buoying the channel. By 4 November, all ships had congregated at Port Royal entrance. As soon as the channel was buoyed, Boutelle commenced piloting the heavy Navy vessels over the seaward bar and into Port Royal Roadstead. In spite of missing the maximum proxigean spring tides, the high tides remained much higher than normal for the third and fourth allowing the passage of deep draft vessels over the bar. The attack was postponed until 7 November because of inclement weather.

Charles Boutelle observed the battle from the Vixen and gave a vivid description of the battle and its aftermath: "The Wabash started for the batteries at 8:30 a.m. She was preceded by the Bienville, and was followed by fifteen other vessels. The sight was grand. The fleet sailed around in an ellipse, each vessel delivering its broadside as the guns were brought to bear. The Wabash, with her tremendous batteries of eight-inch guns on two decks, fairly reeled, as each division fired in succession. At the first turn the fleet went so near that many shells passed over into the woods beyond. As the vessels came around the second time the shells went directly into and around the works of the enemy. Gun after gun ceased firing on shore, until at last, only one gun replied to the vessels. As the fleet was about to come round for the third time, that gun also ceased, and the flag of the fort came down. Soon we saw a barge from the Wabash pulling in-shore with a flag of truce in her bow, and a few minutes later the flag of the United States was raised on shore".

The Battle of Port Royal Sound remains comparatively unknown because the Union did not follow up this victory with general land actions against Charleston and Savannah. However, both Captain Charles H. Davis and Brigadier General Isaac Ingalls Stevens, who was attached to the Army contingent at Port Royal Sound and formerly the assistant-in-charge of the Coast Survey office, both recommended action against Charleston at this time. If this had been done, it would have had a profound effect on the course of the war. Nevertheless, the North captured an excellent base which provided them with a support facility, cut off most water communication between Charleston and Savannah, and forced the South to garrison Charleston with upwards of twenty thousand troops which would have been used elsewhere. As a final note, Port Royal could never have been taken without the technical knowledge of the Coast Survey. Prediction of tides, the ability to rapidly find and buoy the channel leading into the port, understanding the hydrography and topography of the sound, and piloting the heavy ships across the bar are what made the Union victory at Port Royal possible. Charles Boutelle became fleet hydrographer to both Rear Admiral Samuel Du Pont and Rear Admiral John Dahlgren and made many additional contributions to Union efforts on the Southeast coast during the remainder of the American Civil War. 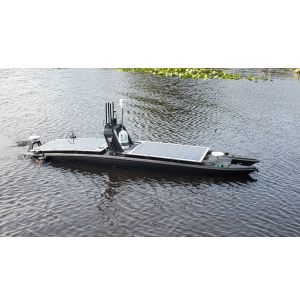 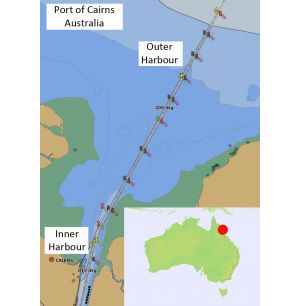 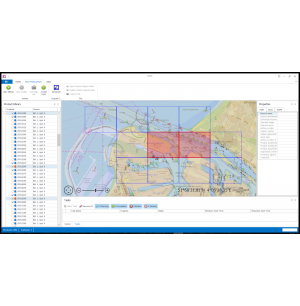