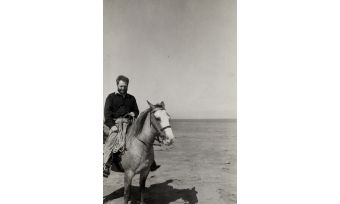 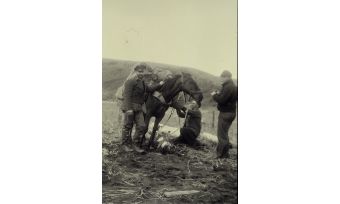 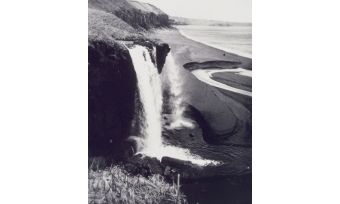 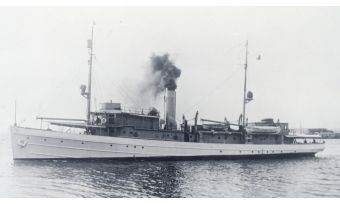 1939 marked the beginning of a concerted programme to chart the Bering Sea area. The surveys in this area that were conducted prior to United States entry into the Second World War marked some of the last that were done in frontier areas prior to the advent of the era before electronic navigation systems, shallow-water fathometers, and widespread  use of gyrocompasses, outboard motors, helicopters and other tools that eased the work of mid-to-late-twentieth century hydrographers. The Coast and Geodetic Survey Ship Guide, under the command of Commander Ernest Eickelberg,  was assigned the initial work associated with this endeavour and commenced work in the southern Bristol Bay area  north of the eastern Aleutian Islands and Alaska Peninsula. This work consisted of what was then called combined operations – hydrography, topography, triangulation, tides and magnetic observations.

Much of the following is either paraphrased or excerpted directly from Eickelberg’s report on the conditions encountered and what he perceived to be expected in future operations. He pointed out the enormous extent of the project that initially extended from Cape Sarichef to Cape Peirce and estimated that it would require at least fifteen years to complete the Bristol Bay area with one survey ship as the working season was comparatively short because of extreme weather conditions extending from late summer to mid-spring. In addition, the comparatively shallow water of much of the area required closely spaced sounding lines extending as far as sixty miles offshore.

Weather in the Bering Sea, even in the summer, was a huge factor, as fog often obscured visual signals used for inshore ship and launch hydrography, frequent storms made sea conditions too rough for the successful use of the Fathometer, and hurricane-force williwaws would occasionally sweep down from the mountains. In addition, rough seas increased the acoustic noise level of the sono-buoys used in offshore radio-acoustic ranging navigation, made small boat work dangerous to impossible, and disrupted scheduled contacts with camp parties ashore. The ship arrived in the Bristol Bay area in early May and worked through mid-September. From mid-May to late June the weather was surprisingly good and approximately three-quarters of the work accomplished during the 1939 season was done in this period. From 1 July to the end of the season there was only one occasion where there were two full working days in succession. During September the Guide was on the working grounds from the 1st to 19th inclusive, and had only two questionable days for launch work (i.e., it was impossible to survey the inshore lines).

During July there were four storms of force six to ten, and five and one-half days of working weather; in August six storms and five and one-half days of working weather; from September 1st to 26th there were eight storms and four days suitable for working. In the autumn, coincident with the formation of the Siberian high, the low pressure areas came along with the regularity of eggs out of a hen; frequently two low pressure areas were on the map at the same time, and the only difference was that it blew harder some days than others. In early May and much of September, the prevailing wind blew out of the north from which there was no shelter on the Guide’s working grounds.

Clear weather affording good visibility for visual hydrography was unusual. It usually occurred just before a southeaster and then lasted no more than one day. This is the time that had to be used for fixed position work, development work on offshore shoals, and for locating offshore sono-radio buoys. The location of these buoys had to be accurately determined in order to be useful for radio-acoustic ranging work. However, taut-wire sun-azimuth traverses for locating arrays of buoys for visual hydrography were nearly impossible to control for azimuth as the sun was rarely visible. To solve this problem, it was suggested that a gyro-compass be installed on the Guide to help control the traverses. On the other hand, it was felt that much inshore work might be completely accomplished by RAR methods, except that the close spacing of

lines and necessary development of shoals were difficult without the accurate steering, which only the gyrocompass could furnish.

The approach of a low pressure area was always indicated by exceedingly clear weather and by the presence of cirrus clouds pointing in the direction of the low pressure area. The cloud indication is usually very reliable and frequently these blows were anticipated even when the weather summary did not predict them because of lack of ship reports.

On an open coast such as Unimak Island there was no substitute for a camp as a base from which to work. This was because of the very few days on which landings could be made. Even in a moderate wind the seas broke so sharply on the steep sand beaches that a lightly laden whaleboat could rarely land. On two occasions the steepness of a beach was the cause of some surprise to two members of the crew who, on a smooth day, decided to step ashore from amidships, and, in doing so, promptly disappeared from view. The water temperature at the surface is about 38 degrees Fahrenheit in the spring and 46 in the fall so that most of the landing parties wore hip boots and everyone avoided insofar as possible a dip in the surf.

In the spring, camping was rather cold and windy. At the first camp of the season a windstorm, which blew all day long, finally capsized four tents during the night, in spite of the fact that they had been reinforced the previous day. The members of the camp party were equipped with bedrolls and three blankets apiece and still complained of the cold. In the autumn, after a summer’s conditioning, the camp parties were better able to withstand the cold, but by this time (1 September) the northers began to blow. In these shallow waters an ugly sea arises quickly under a fresh breeze and moving camp by ship, and landing food and supplies from it, became very uncertain. On two occasions we were able to pick up the party but not land them again the same day, because it got too rough in the meantime, and three days elapsed before another landing could be effected.

A camping party had too much gear for it to be moved by horses (this was first tried in 1937: see Horses, Hydrographers, and Hypsography, Vol. 16 no.7 of Hydro International) unless the number of horses available were doubled, which would not be economical. The quantity of material needed for a camp for nine men and four horses is considerable in itself, as the party is stocked for three weeks, which is calculated to be the average stop between moves. This included food, coal or gasoline, oats (and hay before 1 July), lumber for signals, cement, lime and other supplies and equipment such as cookstoves and heaters. There was practically no driftwood available on the beach, but occasionally there are a few large logs. The latter were even found in the creek beds a half mile from the beach and in one case an estimated thirty feet above high water and one half mile inshore. These were presumably carried inland by the severe winter storms (and also by the occasional tsunami in this area).

Usually four-man triangulation and four-man topographic parties operated from one shore camp with a single cook and two horses each. If the parties were separated, the horses which had been together for three years, invariably broke away at night and returned to the base camp, leaving one of the parties without horses.

The horses were wintered at False Pass, where they furnished much amusement to the local residents and in turn received a great deal of attention. When the Guide arrived in the spring the horses immediately disappeared and failed to return that evening for their oats and hay. The caretaker said that that was the first night all winter they had failed to return. The conclusion was inescapable: that the ship was not welcome or at least that the horses knew what the ship’s arrival meant in the way of work. Their season started with a 70-mile trip from False Pass to Cape Sarichef, much of it over rocky ground and up and down steep ravines.

This trip had to be made ‘under bare poles,’ so to speak, with meager food supplies for both men and horses, as it required about six days. Hay could not be carried on this trip and the horse feed was limited to oats and what dry grass could be found along the way. The grazing season did not start until the first part of July and prior to this time the ship had to carry a supply of hay and land it at the various camps. Hayseed seemed to get into everything about the ship during that part of the season.

The horses acted as a sort of connecting link with civilization and afforded much amusement to the camp party. At lunchtime they usually came over near where the men were eating and stood by waiting for a handout. Their favourite refreshment was a cheese sandwich. At night in camp one or two of them always paid a visit to the cook tent and generally were rewarded with some leftover - they were unusually fond of rice. Also, they occasionally got into a pan of apple sauce which had been set out to cool.

One outstanding characteristic of the triangulation work were the long hikes which were occasionally necessary to reach a station, and which provided the principal argument in favour of horse-packing over back-packing. The terrain was soft and by midsummer the heavy growth of grass was waist high. Large lagoons, some a mile and a half in diameter impounded behind barrier beaches, made lengthy detours necessary to reach the inshore stations. On occasions Ensign Horace Conerly and his recorder made hikes of twenty miles in one day and once went this distance and occupied two triangulation stations. Obviously, this required excellent stamina and much determination.

The remainder of Commander Eickelberg’s report consisted of comments on topographic work, launch hydrography and aspects of radio acoustic ranging. He was thoroughly modern in his views. Of note was a plea for recording fathometers for launch work. He cited a five-fold increase in production by the Canadian Hydrographic Service with a reduction in required crew per launch. He referred to the plane-table topography as ‘horse and buggy’ methods as opposed to aerial photography. And he was an astute observer of issues with RAR work. The following year he returned to the Bering Sea on the Guide but unfortunately developed a ’lingering illness’. After returning to the United States, he died on 20 May 1941. He would have been pleased to see many of the new systems that resulted in the ensuing years.