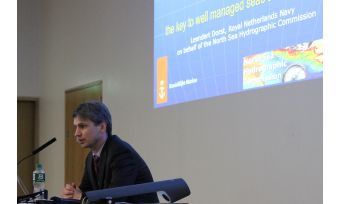 OGC’s new Marine DWG will investigate some critical issues surrounding the usefulness of marine data for purposes other than navigation. In doing this, it hopes to broaden the use of marine data and create demand for more thorough mapping of the oceans.

The Marine DWG will identify gaps in the current OGC baseline regarding marine geospatial data with an emphasis on ocean mapping to support smart exchange methods required for interoperability. The Marine DWG is motivated by the widening use of marine data for purposes other than safe navigation, which can be described as Marine Spatial Data Infrastructure (MSDI).

Two thirds of Earth is ocean; it is a source of food and energy, it governs our climate, and it is the main method for transporting goods around the world - yet only 5% of it has been mapped and charted at high resolution. In order to increase this meagre coverage it is important to reach a broader group of stakeholders, as it is unlikely that this percentage will increase dramatically purely for the purpose of safe navigation. By considering the wider use cases, we increase the potential for additional sources of funding for this important survey work.

To dramatically increase this coverage will require much technological advancement in order to create force multipliers around data collection sensors and devices, and new processing and production techniques. It is critical that the data collected, in increasing volumes by an increasing number of data sources, can be used effectively and in a standardised way by a much wider group of stakeholders to support a Blue Economy.

Geospatial data in the marine domain has been successfully standardised for navigational purposes by hydrographic agencies for many years. This has allowed mariners to safely navigate oceans, ports and waterways anywhere on Earth. However, the core data that support this activity is now in demand for a much wider range of applications (for example: environmental protection, emergency response, offshore energy, fisheries, etc.), and as such, interoperability of this data is more important than ever before.

The use of open standards and associated best practices in spatial data and spatial data systems creates a vital ‘interoperability glue’ that helps rapidly integrate technologies and diverse sources of information for wider use. For decades, OGC has been developing a comprehensive framework of open standards that significantly reduce the time, effort, and cost necessary to integrate new content sources and technologies, and support rapid innovation in emerging and established markets alike. The Marine DWG will investigate how best to use these standards to help add some ‘glue’ to these otherwise disparate sources of useful information.

For example, chart data modelled in S-57, S-101, or Int1 is a major source of information, but does not lend itself automatically for wider use due to specific portrayal and attribution characteristics and lack of standard metadata. The OGC Marine DWG will investigate methods and processes for extracting content from this kind of data for wider use.

Similarly, high-resolution bathymetric grids, point clouds, and seafloor sediment mosaics are captured by the IHO S-102 product specification for coverage data, but may require further standardisation to be interoperable with the broader geospatial community, which the Marine DWG will also investigate. This is further amplified with the increasing popularity of capturing water column data, HD camera mosaics of seafloor infrastructure, and also the appearance of new data structures for modelling bathymetry called ‘variable resolution grids.’

The offshore oil and gas community are increasingly using the IOGP Seafloor Survey Data Model. This model has a GML schema for exchange called SeabedML. In order to support a concept of ‘collect once, use many times’ it is important to understand how data can be used effectively by the Oil and Gas industry, Hydrographic Offices, and the wider geospatial community.

The Marine DWG will work closely with the IHO MSDI Working Group but will have a more technical focus. Some of the Marine DWG members are expected to participate in the IHO MSDI working group to ensure that the evolving IHO standards are brought to the attention of the OGC membership, and the OGC standards are brought to the attention of IHO members, in an effort to ensure best practice is being used and the latest technical approaches considered. The Marine DWG will aim to meet at OGC Technical Committee meetings and in addition as an extension to the annual IHO MSDI working group meeting, the next opportunity being at the MSDI meeting in Vancouver in early 2017. 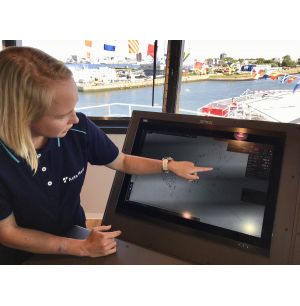 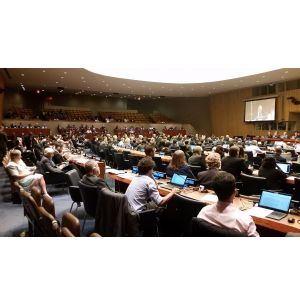 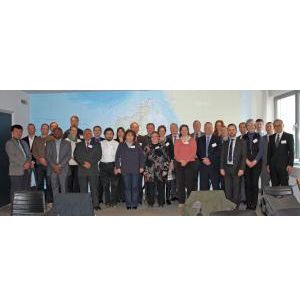