Biological, Hydrographic and Oceanographic Accomplishments in the Late 19th Century 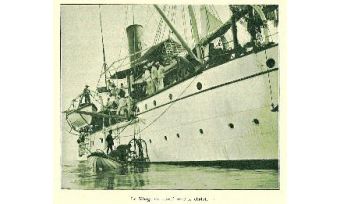 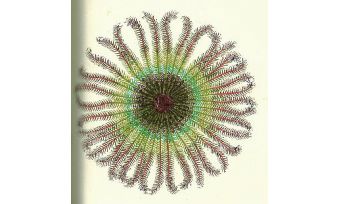 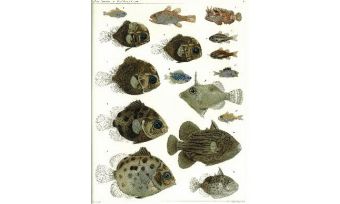 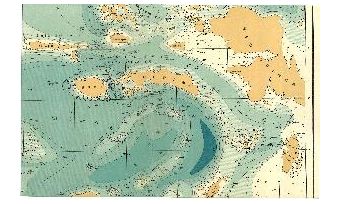 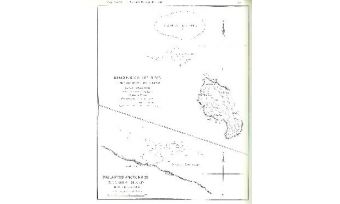 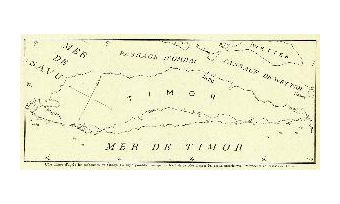 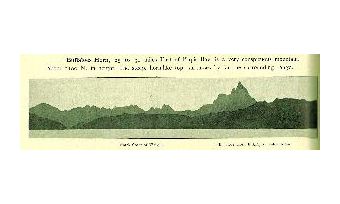 The Indonesian Archipelago is one of the world’s most beautiful archipelagoes. Home to over 17,000 islands, mountains rising to over 5,000 metres including over 70 historically active volcanoes, fabled spices, and a rich flora and fauna, Indonesia has beckoned fortune seekers and naturalists for centuries. The shores of its far-flung islands are bathed by two oceans and at least eleven separate seas making it also a challenging area for hydrographers. In the late 19th century, Indonesia was administered by the Dutch and known as the Dutch East Indies.

The terrestrial flora and fauna of the area was fairly well known because of the work of the English naturalist Alfred Russel Wallace between 1862 and 1869. Wallace, also known as being credited by Darwin as having independently formulated the theory of evolution, discovered that species west of a dividing line between Borneo and Sulawesi and between the Philippines and Halmahera were more closely related to Asian species and those east of the line were more closely related to Australian species. This line became known as the Wallace Line and helped to provide at least partial inspiration for a Dutch expedition thirty years later.

A project for the study of the marine fauna, particularly that of the deep sea basins of the Dutch East Indies, had been suggested by the Society for the Advancement of Scientific Research in the Netherlands' Colonies in 1896. Dr. Max Weber, a noted Dutch zoologist of German-Dutch descent, volunteered to lead this expedition. Weber was primarily known for his work as a mammalogist but in 1881 had been the naturalist on the voyage of the Willem Barentz, a Dutch expedition to the Arctic Ocean. He had also married Anna Antoinette van Bosse, a wealthy widow who was unique in that she was an outstanding marine biologist and expert in marine algae. Together they had spent three summers in northern Norway; he studying the anatomy of whales and Anna studying calcareous algae. In 1888, they went to the Dutch East Indies to study the distribution of animal life throughout the archipelago. Thus, they were exceedingly well qualified to lead a scientific expedition.

Serendipitously, the government of the Dutch East Indies was constructing a small gunboat that was modified for dredging and sounding operations. This vessel was the Siboga, a twin-screw vessel of slightly over 50 metres in length. This vessel was launched in 1898 in Amsterdam, sailed to the East Indies, and on 7 March 1899, began its year-long exploration of the Indonesian seas. The complement of the ship was 10 Dutch naval officers, 45 native crew, 6 scientists including Max and Anna Weber, and 2 personal servants. The inclusion of Anna Weber in this expedition marks a milestone as she was the first woman scientist to accompany a major oceanographic expedition.

From a biological viewpoint the Siboga Expedition was a great success. Many new species were discovered and Weber showed that the 'Wallace Line' was more of a transitional zone than a sharp demarcation. He determined a line that marked the 50/50 distribution of Asiatic versus Australian species which today is known as the 'Weber Line'. Over 60 volumes were published detailing the results of this expedition, the most recent being published in 1986. As early as 1922, the importance of this work was recognised in the journal Nature:

"The stately series of reports on this expedition, which have been appearing under his (Weber's) editorship since 1902, form a contribution to the science of the sea scarcely surpassed in importance save by those of the Challenger expedition. Dealing with only a restricted area of the ocean, but paying far more attention to the fauna and flora of the shallower waters than the naturalists of the Challenger were able to do, it is not too much to say that the Siboga expedition has given a new aspect to many problems of the distribution of marine animals in tropical seas." Nature, 22 December 1922.

Although primarily a biological expedition, the Siboga Expedition also had many hydrographic and oceanographic accomplishments. The aptly named commanding officer, lieutenant-commander G.F. Tydeman, was selected as the Siboga's captain because he was an accomplished hydrographer. All deep sea dredging and trawling operations were preceded by deep ocean soundings, 181 in all. There were also 103 trawl stations and 96 dredge stations made during the cruise. As with all over-the-side operations, there was a certain element of danger. During sounding operations on 3 December 1899, "The outside attendant's finger caught in the pulley and was cut off." However, it was a tribute to the seamanship of the crew of the Siboga that only that one major accident occurred, as the ship, besides conducting oceanographic stations, put over launches almost daily for the study of coral reefs or to conduct reconnaissance hydrographic surveys. The strain on the deck equipment was relatively great as dredge hauls were retrieved from great depths, sometimes with nearly a ton of bottom material. Also, the ship cruised in poorly charted waters with minimal aids to navigation. Numerous coral reefs and irregular volcanic topography were common throughout the archipelago. In spite of constant vigilance, the Siboga struck bottom at least once as Weber reported that while searching for an anchorage, "Suddenly we touch the reef, so that we dislodge pieces of coral. Tydeman stays as calm as ever". Besides being a good seaman, Tydeman was also a gentleman, giving up the captain's cabin to Dr and Mrs Weber during the course of the expedition. He would sleep on deck and secure a tarp over himself during the rainy season.

Tydeman's record as a hydrographer included at least twenty-eight charts and chartlets that covered anchorages, straits, and island groups. In addition, he produced two major charts of the whole Indonesian archipelago with updated sounding information from the work of the Siboga as well as from other sources. Tydeman accomplished this in spite of the cruise being scientific in nature and conducting hydrographic operations on a time and vessel being available basis. He also produced 100 Hydrographic Notices (equivalent to Notices to Mariners or elements of a Coast Pilot), determined the elevations and positions of over 200 prominent peaks and prominences, and made astronomic determinations of an additional 34 significant locations throughout the islands. Although sailing in poorly charted waters, Tydeman resisted the temptation to add names to the charts and only named two features - the Bali Sea and the Siboga Ridge. In all, Tydeman piloted and surveyed his way through an area extending between 1200 miles from north to south and 1500 miles from east to west. The Siboga sailed over 12,000 nautical miles during the year-long expedition.

The three principle members of the Siboga Expedition all lived long productive and honourable lives following its completion on 26 February 1900. Max Weber lived until 1937 and, although following many interests, served as editor of over 95% of the vast amount of scientific monographs to come from the expedition. His wife Anna became recognised as one of the world's foremost algologists and among other honours was awarded an honourary doctorate of Science from the University of Utrecht in 1910. Only a handful of women had received such an honour at that time. For her part in the Siboga expedition she also was made a Chevalier de l'ordre d'Orange-Nassau, one of the Netherlands highest honours. The leadership, seamanship, and overall competency of lieutenant-commander Tydeman carried through into future assignments. He rose to the rank of vice admiral in the Royal Dutch Navy. He was honoured by the naming and launching of the Royal Dutch Navy Survey Ship Tydeman in 1976, a vessel that served honorably until 2004. He was also honoured by Anna Weber who named the algal species Tydmania expeditionis in his honor. The Siboga expedition viewed as a whole was perhaps the most significant and productive scientific cruise to the western Pacific Ocean prior to the mid 20th century. It serves as an example for all modern marine scientists and hydrographers of how the combined skills of scientist and hydrographers can come together in a great endeavor.