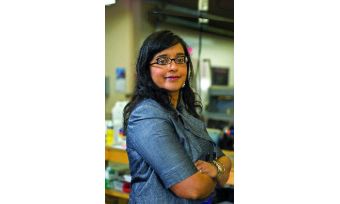 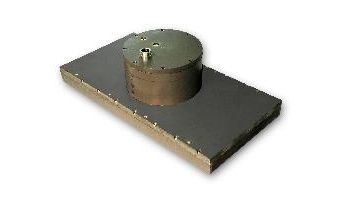 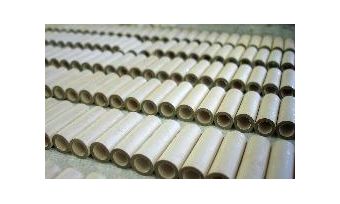 Sensor Technology Ltd is a vertically integrated component manufacturer that produces piezoelectric ceramics and piezo-based acoustic transducers. Located in Collingwood, near Toronto, Canada, the company has grown steadily for nearly three decades. Perhaps not a widely recognised name, Sensor Technology Ltd provides piezoelectric ceramics, hydrophones and transducers to some of the largest companies in the oil & gas, defence and maritime industries.

Sensor Technology Ltd (SensorTech) is a privately owned Canadian corporation started by a husband and wife team in 1983. The company's initial focus was piezoelectric ceramics and it thrived almost entirely on R&D contracts. Hydrophone and acoustic transducer design was a logical extension to the company's work in piezoelectricity and was added to the product mix in the early 90s.

Over the last 15 years the company has made a transition from R&D work and prototyping to full-scale, commercial production. This transition occurred naturally, as customers contracting SensorTech for product development research would then turn to the company to meet their production requirements. Or, in some cases, a research project for one group might produce something with commercial value for another. For example, a low frequency projector originally developed by SensorTech as part of a navy research contract is now commercially available from the company and is being used for seismic monitoring in South Africa.

Today
Based at the same location since 1983, Sensor Technology Ltd has grown steadily and now operates from two buildings covering more than 1800m2 and employs nearly 50 people. And while its growth has been largely organic, the company has seen sales increases averaging more than 15% per year through the last decade, with sales of USD5.1 million in 2009. SensorTech provides a broad array of catalogue products but prides itself in the custom design and production work that make up much of the company's business. True to its roots, the company retains involvement in R&D activities, however today R&D is done primarily to add to Sensor Technology's design and production expertise.

SensorTech is transitioning to its second generation of management and to a more nimble business structure. This change is reflective of its shift to a commercial focus.


The company is now run by four autonomous managers, all engineers sharing Masters degrees, PhDs, and MBAs, focused on operations, sales & marketing, product design and R&D. The company has been ISO 9001 certified since 2003 and achieved ISO 9001:2008 certification early in 2010.

Throughout the transition the company's mission has remained simple: by focusing on quality and delivering on time, at a fair price, customer satisfaction is sure to follow.

Global Markets
Sensor Technology Ltd exports about 80% of its production. As it is based in Canada, the company observes Canadian export regulations, which are significantly more lenient than the American regulations, such as ITAR.


Its client base is truly global-its products have been used on every continent (including Antarctica). Currently, 95% of sales are to North America, the EU and Scandinavia. And, because SensorTech sells both piezoelectric ceramics and piezo-based sensors, it serves a broad range of industries, including companies in various segments of oil & gas, defence, maritime and the fisheries, as well as academic and research facilities. This diversified customer base has helped provide stability to SensorTech during the global economic downturn. This stability has allowed the company to remain focused on its expansion goals.

Looking Forward
Sensor Technology Ltd is focused on aggressive expansion. The company invested more than CAD1,000,000 in 2008 / 2009 to increase its piezoelectric powder production capacity. The recent addition of two CNC machines in 2010 is expected to more than double the company's machining capacity while adding new capabilities, including the ability to machine tubes and hemispheres up to 5in in diameter.

Despite the growth and the shift to a commercial focus, R&D remains at the heart of the products SensorTech provides.