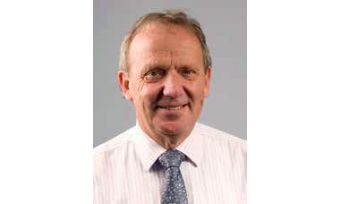 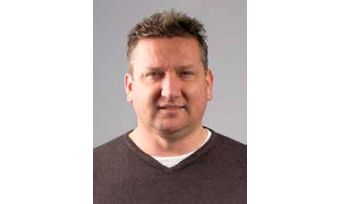 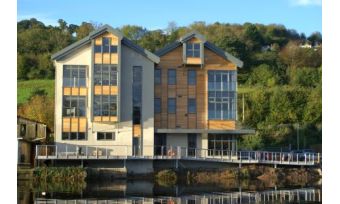 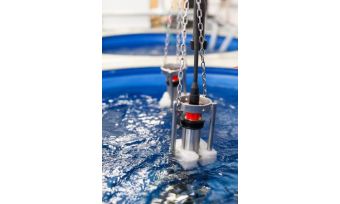 Valeport is based in the historic town of Totnes, Devon, in the South-West of the UK, where it designs, manufactures and supports its range of oceanographic, hydrographic & hydrometric monitoring instrumentation. Last year they opened a new 1,600m² production facility next to their existing offices on the banks of the picturesque River Dart.

Valeport was established in Dartmouth in 1969 by Jim ­Stevens, an engineer with a keen interest in flow measurement. The company was then sold in 1981 to Oceonics Ltd, who was looking to expand its portfolio before floating on the stock market. Four years later, Charles Quartley, Oceonics’ ­technical ­director, acquired Valeport in a management buy-out and the company remains in the Quartley family’s private ownership to this day. Having seen consistent growth for a number of years, the company moved to bigger premises in Totnes in 2003 and in 2005 and Charles’s son Matt took over as ­managing director. Since then, the business has trebled in size.

The company currently employs around 80 staff, with a projected turnover this year of just over GBP8m. One of the key policies is to keep as much of the business as possible in-house, so the single site in Totnes contains all necessary facilities for development, manufacture and after sales service of the product range, including a CNC machine shop, anti-static assembly areas and twin calibration laboratories, as well as all service staff, R&D engineers and sales, marketing and back-office functions. All staff buy into the overall philosophy of putting the interests of the customer first, believing that this is the foundation of our strength and the key to future success.

Valeport exports around 70% directly and at least half of the remainder is sold to UK offices of multinational companies, or as OEM to other British exporting companies, so approaching 90% of production ends up overseas. Matt Quartley, managing director, says that in common with many manufacturers in the industry, Valeport’s biggest single commercial market is the oil and gas sector, but the company is fortunate to be well recognised across the surveying and scientific communities, regardless of whether the work is being done for energy, dredging, defence, construction or environmental client groups.

Resisting the temptation to open overseas offices, Valeport instead relies on a network of international distributors across nearly 50 countries. The best of these are extremely proactive in promoting Valeport products and work closely with the company to ensure that they are trained in the technical details of all the latest products – an exercise that is significantly easier with the recent expansion in facilities.

Geographically, Valeport has seen most export success into Europe in recent years, fuelled partly by the establishment of long-term supply partnerships with key customers. The Middle East is steady, which is a satisfactory situation given the geo-political issues in the region, whilst the Far East and India continue to grow and will likely overtake Europe in the near future. Certainly the hardest market to crack so far has been the Americas and whilst the distributors continue to work hard, most success has come from supplying equipment through rental companies into the Gulf of Mexico and offshore Brazil.

View on the Future

There is no doubt that measurement of the oceans and what lies beneath them will continue to grow in importance as the world both tries to exploit potential resources (energy, minerals and others) and to learn more about the marine environment as a whole. Valeport also has a number of products aimed at the onshore water distribution and processing markets and this is an equally secure sector. To a large extent, these sectors are less dependent on the global economic situation than other market areas, which explains the continued growth of Valeport and other similar businesses over the past few years. Success does not just happen though and the company continues to invest significantly in R&D with the twin aims of protecting existing market share and developing exciting new product ranges.

However, customer expectations continue to change in terms of what is expected from the technology they buy. Now, stakeholders expect to be able to see data all the time, from anywhere in the world, simply as a result of the proliferation of the internet and mobile communication devices. Niche manufacturers must work hard to keep up with these expectations and become increasingly reliant on third party solutions such as improvements in communications technology. The successful companies will be those who stay ahead of these shifting expectations, or even better, drive them. That is where Valeport wants to be – a strong, trusted brand supported by leading-edge technology and the ethos of a family business that insists on putting the customer first.