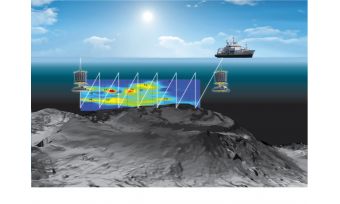 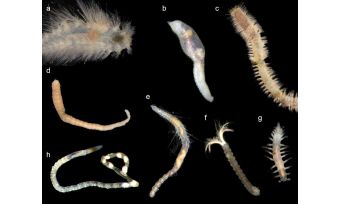 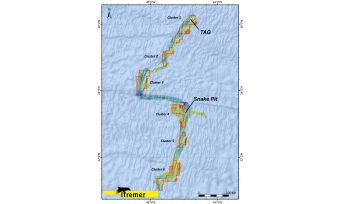 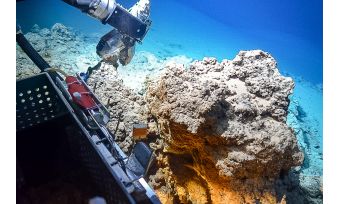 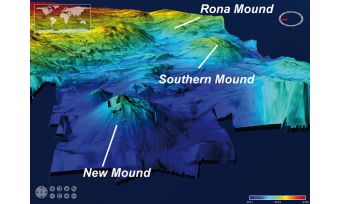 France and Ifremer have had a long involvement in the discovery and study of deep-sea mineral resources and their associated ecosystems. With a rather unique position in the marine research landscape, Ifremer is actively involved in the deep sea, both as a contractor with the ISA and as an integrated marine science research institute. The HERMINE 2017 exploration cruise on the French polymetallic sulphides exploration contract is an example of combined mineral exploration and scientific investigations.

In the seventies, France was amongst the pioneer nations that discovered the metal-bearing hydrothermal sources and explored the polymetallic nodule deposits in the Clarion Cliperton Fracture Zone (CCFZ) located in the northern central Pacific. A strong commercial interest for these potential sources of minerals initially triggered an important exploration activity by countries such as China, Germany, India, Japan, Korea, France, etc. Then, in the 1980s, unfavourable market conditions halted this exploration.

The last two decades have seen a renewed interest for these potential sources of minerals sparked by factors such as the rise of metal prices, the development of low-carbon technologies increasing the demand for some minerals and geopolitical issues. Exploration of the three types of deep-sea mineral resources - polymetallic nodules, in abyssal plains; polymetallic sulphides (PMS), along mid-ocean ridges and in back-arc basin context; and cobalt-rich ferromanganese crusts, on seamounts - has therefore been an item of increasing interest on the international agenda.

As an integrated marine science research institute, Ifremer plays a particular role in the French national strategy for the exploration and exploitation of the deep seabed minerals. Under the sponsorship of France, Ifremer has signed two exploration contracts with the International Seabed Authority (ISA), which regulates the activities related to deep-sea minerals exploration and exploitation in the Area. The institute also conducts fundamental and applied research related to both the geological and environmental aspects of deep-sea minerals as well as technology developments.

Ifremer’s Exploration Contracts with the ISA

The exploration contract for polymetallic nodules, signed in 2001, covers an area of 75,000km² in the CCFZ and was extended for five years in 2016. Investigations conducted so far have resulted in a first estimate of the mineral resources and a better understanding of the benthic ecosystem. For instance, studies led within the JPI Oceans pilot action have highlighted the diversity and importance of the epifauna associated with the nodules and found that recovery of the fauna from previous small experimental mining simulations, up to 37 years old, was very slow (Vanreusel et al., 2016). Despite this progress, our knowledge about the functioning of these ecosystems and their resilience remains too limited to evaluate the potential impact of the exploitation of nodules. These questions are therefore the focus of our current activities.

The exploration contract for PMS was signed in 2014, for a period of fifteen years, and covers an area located on the Mid-Atlantic Ridge, spreading from 21°N to 26°N at an average depth of 3,400m. The activities, planned as part of the exploration programme, aim at locating hydrothermal vent fields and extinct seafloor massive sulphides, estimating the mineral resources in the contract area and assessing the biodiversity and environmental parameters at a regional and local scale over the sites of potential mining interests.

In addition to the activities performed as an ISA contractor, Ifremer also conducts fundamental and applied research on the deep-sea, which is one of the institute’s strategic themes, with the following objectives:

A collective scientific assessment group, led by the CNRS (Centre National de la Recherche Scientifique), provided a summary of the international scientific knowledge available on the environmental impacts of exploration and exploitation of deep-sea mineral resources. It also identified the scientific barriers and research and development activities required to break them (Dyment et al. 2014). Although recent studies and projects have partly improved our knowledge and filled some of the gaps identified, this knowledge remains inadequate.

The JPI Oceans pilot action ‘Ecological aspects of deep-sea mining’, led by Geomar, has shed some light on the CCFZ ecosystems composition (Figure 1) and on the potential impacts of polymetallic nodules exploitation by assessing the biodiversity and recovery of sites that had seen small experimental mining simulations over decadal timescales. However, the size of these experiments is not representative of future commercial scale operations and does not allow for a proper assessment of their impacts. To overcome these limitations, a new JPI Oceans project, named ‘Mining impact’, has started. This project will set up a comprehensive monitoring programme to ensure an independent scientific investigation of the environmental impacts of an industrial nodule collector components trial, planned by the Belgian contractor DEME-GSR in 2019.

Ifremer, in collaboration with the Sorbonne University, the MNHN and the Mediterranean Institute of Oceanography, currently leads a research project on the hydrothermal vent ecosystems. The data collected during two scientific cruises (BICOSE 1 in 2014 and BICOSE 2 in 2018)

The HERMINE cruise is part of Ifremer’s programme of activity under its exploration contract for PMS with the ISA. The cruise, held from 13 March to 28 April 2017, targeted the exploration of active and inactive PMS and the quantification of natural chemical input of the hydrothermal plume to the water column. The cruise strategy was built around three objectives: (i) regional exploration including the detection of plume anomalies and the research of PMS deposits, (ii) local exploration of a PMS district and (iii) integrated study of a natural hydrothermal plume. This ‘3-in-1’ cruise required us to optimise the various operations with the daytime being devoted to dives, on board the Human Occupied Vehicle (HOV) Nautile, and the nights being mostly dedicated to CTD/Rosette operations.

The preliminary results of the HERMINE cruise are:

Ifremer continues its long-standing involvement related to the deep-sea by providing public policy support, and as such, holding the two French exploration contracts with the ISA under the auspices of and sponsored by France, and by pursuing its contribution to major scientific research. Research themes span from understanding the processes that control the formation of the deep-sea mineral resources to the functioning of the different ecosystems. With the renewed interest in these potential sources of raw material, it is of paramount importance to expand our knowledge of these ecosystems and to assess their resilience and the impact that exploitation would have. This research, often conducted in the context of international collaborative projects (JPI Oceans Mining Impact, EU FP7 MIDAS, H2020 MERCES etc.), also provides information for the development of the legal framework, the Mining Code, that is currently being drafted by the ISA to regulate exploitation of the deep-sea minerals in the Area.