Tarragona Survey of the Riu Francoli Using an USV 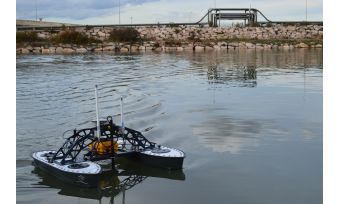 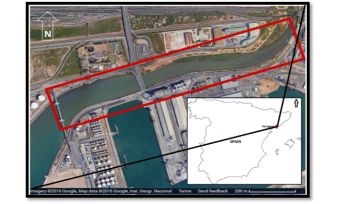 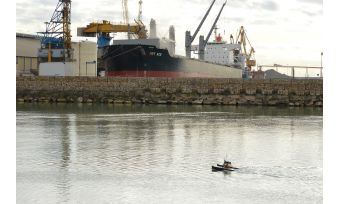 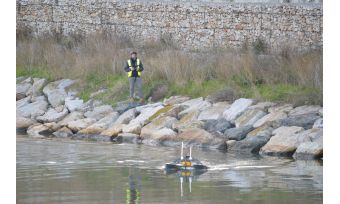 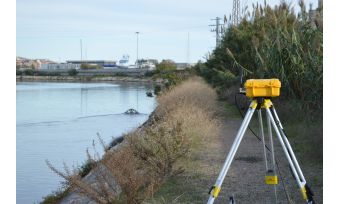 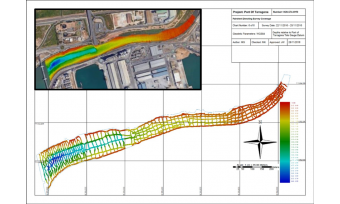 Hydrographic surveying in ultra-shallow, inland and enclosed waters can prove extremely challenging and often presents increased risks and obstacles to both personnel and equipment. These considerations include health and safety issues, potential damage to equipment, lack of suitable launch sites and regions where submerged debris and physical seabed characteristics can make an area particularly hazardous to survey. In these locations, traditional manned survey vessels are often unsuitable, inefficient or incapable of completing a successful survey. In November 2016, Unmanned Survey Solutions, with support from Swathe Services, was tasked with completing a hydrographic survey of such an area.

Located in North-Eastern Spain, the Port of Tarragona is one of the leading port operators in Catalonia and sets a benchmark for the maritime and port community across Spain and the Mediterranean. In 2015, almost 33,000,000 tons of goods and 2,721 vessels passed through the port. The port authority required a bathymetric survey of a previously uncharted section of the Riu Francoli, which flows into the busy port. The port authority wished to assess the site for potential future development and required an initial bathymetric survey and appraisal of the site. The port authorities’ required sub-decimetre horizontal positioning accuracy and decimetre depth accuracy. The area was previously uncharted due to extremely shallow sections with submerged rocks, extensive sections of weeds and other hazards. This made much of the proposed survey area inaccessible to manned vessels and, as such rendered the use of traditional survey methodology near impossible. Instead the recently developed Inception Class USV Mark I was used.

The USS Inception class USV has been developed specifically to address the large area ultra-shallow water sector. This unmanned hydrographic survey vessel is composed of tough aluminium hulls, weed cutting propellers and offers optional payloads.  It has a lightweight modular design, which allows for easy transport, mobilisation, deployment and recovery and was a requirement for this project as the only suitable site for launching the USV was from a small pontoon, normally used for launching racing class sculling boats. The payload incorporated a CEE Hydrosystems CEE-SCOPE USV, which is a combined Single Beam Echo Sounder (SBES), Real Time Kinematic (RTK) capable Global Navigation Satellite System (GNSS) and Telemetry system. Data was transmitted real-time back to shore where it was recorded in the HYPACK survey software. RTK corrections were transmitted from a shore base station setup over an existing nearby benchmark.

USS surveyors checked and loaded the Inception USV and payload into the company vehicle in the UK and then embarked upon a 2,500 mile round trip. Upon arrival at site, quite a crowd had gathered, not in anticipation of the USV, but due to the presence of a ‘never seen before’ storm surge coursing its way upriver, right through the survey site. An ominous start to the week’s operations! Following an initial safety and deployment assessment, and once the surge had subsided, the Inception and RTK base station were mobilised and deployed. With the site surrounded by rock embankments, health and safety dictated a two-person survey operation.

Once deployed, the USV was remotely piloted from shore with the aid of the HYPACK navigation display. At a survey speed of ~2.5 knots, the total linage required to provide sufficient coverage of the 150,000m2 area was completed within 3 days using a 10-20 metre line spacing to achieve sufficient bed coverage. Dependent on tide, the upper section of the river was particularly shallow with depths of less than 50cm in some areas. The Inception with a CEE-SCOPE USV payload, has a draft of only 20cm, which allowed access to even the shallowest of areas.

The Inception and payload required a battery change or re-charge approximately every 4 hours. The batteries were swapped in the middle of the day and took 45 minutes for recovery, exchange and redeployment. Contours and TIN models were created near real-time, allowing for initial charts and onsite Quality Control.

The Inception and its payload proved to be a successful and effective survey solution and was well suited to meet the Port of Tarragona’s requirements. The weed cutting propellers sliced through the encountered reeds and vegetation efficiently and therefore prevented the Inception from getting stranded on numerous occasions. The rugged design and tough aluminium hulls fared well against the numerous submerged rocks and debris present in the survey area and returned safely to the UK with only minor scratches. The twin hull design combined with the minimal transducer draft afforded the transducer a level of protection and it emerged on completion of the survey completely unscathed. The deliverables provided the port authority with a perspective and insight into that section of the Riu Francoli river.