Lessons Learnt from the Grounding of M/V Star Opal 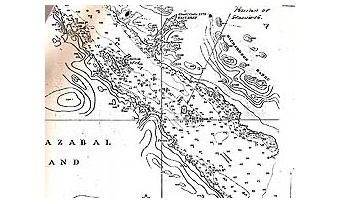 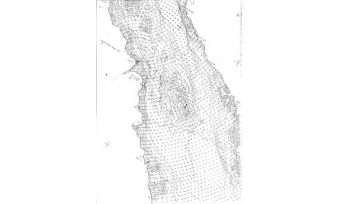 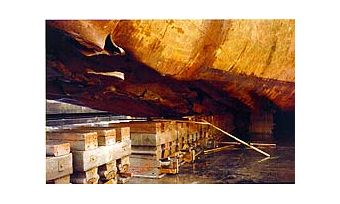 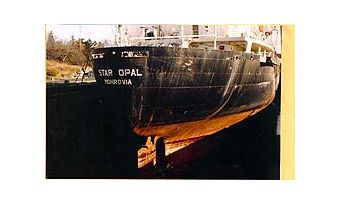 Maritime countries have a responsibility through the International Convention for the Safety of Life at Sea (SOLAS) to ensure that ships of commerce can navigate safely in their territorial waters. However, in British Columbia in 1979, the bulk carrier M/V Star Opal ran aground on a shoal that had been detected 150 days previously. We examine the consequences of hydrographic offices and their governments failing to adequately fund important coastal shipping route surveys, as well as the failure of other involved parties.

Many people marvel at the thoroughness and accuracy of early hydrographic surveys, but what level of accuracy and bottom coverage can we expect from spot soundings and sextant positioning? Safe navigation for deep-draught ships is essential for the safety of lives and protection of the environment. Twenty-thousand-ton ships carrying huge volumes of environmentally hazardous fuel oils and cargos can cause serious environmental damage if tanks are ruptured.

Aristazabal Island and Laredo Sound, in Canadian waters (Figure 1), were originally surveyed between 1922 and 1925 but not charted until 1941 (Figure 2). Large ships had been carrying bauxite ore to the port of Kitimat through this channel from 1954, for the purpose of smelting aluminium. The existence of the shoal in question was determined in June 1979, 55 years after the original survey. Many ships had miraculously passed over or around this shoal safely for 25 years. However, in November 1979, 150 days after the discovery of the shoal, a 20,000-ton bulk carrier ran aground on it. If a grounding had occurred earlier, the Canadian Hydrographic Service could have been found negligent for not carrying out modern surveys in this area.

As a result of the grounding, a number of safe navigation factors and practices have become evident. All of these contribute to the incident and none of them are related in any way to the lack of modern electronic navigation charts (ENCs) and electronic chart display and information system (ECDIS) equipment that ships are required to have on their bridges today. This grounding was caused by basic human error, incorrect decisions on placement of navigational aids and a failure to update inaccurate or incomplete lead-line surveys. Coastal pilots, having traversed this area safely many times before, thought they were safe from running aground. This incident shows that they were not.

The Canadian Hydrographic Service surveyed the channel for charting purposes during 1922-1925, using lead lines for depth measurement and sexton fixing for position. Wilson Rock shoal was identified at the time, and marked with a red buoy by the Department of Transport in 1954. A red buoy signals that a ship should pass with the buoy on its starboard side (International Association of Lighthouse Authorities). During a belated resurvey of the area in June 1979 (by then, large ships had been using this channel for 25 years), another shoal was found (Figure 3). This 22.6-foot shoal was found in an area (2,760 feet north-west of Wilson Rock buoy) apparently at a depth of 114 feet of water according to the 1941 chart.

The bulk carrier of 17,336.99 tons gross, approximately 549 feet in length and 82 feet in beam, struck the submerged shoal in the early hours of 6 November 1979. According to the report by the coastal pilot who was navigating onboard, the vessel was passing at a distance of approximately 2 cables (1,200 feet) west and abeam of Wilson Rock buoy in Laredo Channel (Figure 3). The ship was carrying bauxite ore from Gladstone (Australia) to the port of Kitimat. Many ships have passed over or around this shoal safely during the previous 25 years, although the buoyage here encouraged them to enter into danger. The tidal height at the time of the grounding was predicted to be 5.6 feet and there is a tidal range in this area of the coast of 18.3 feet. The ship was drawing 32.8 feet at the time of the grounding. There was a predicted current of 1 knot and the tide was ebbing (flowing north).

As soon as the shoal had been found, the hydrographer and his assistant drafted a hydrographic note and requested that the Canadian coastguard radio station in Prince Rupert broadcast a notice to shipping. The message containing the survey results was sent by the officers aboard the survey ship by radio to the coastguard base in Prince Rupert on 18 July. This notice is required of any new danger to shipping that may be found during any hydrographic survey, especially one as critical as this. However, the notice to shipping was never broadcast by the coastguard station.

The survey team also reported this danger in the normal weekly notice to mariners. All available information was collated and sent to the Victoria Hydrographic Office. In the Department of Transport's weekly notice to mariners (edition number 36, dated 7 September 1979), the marine community was advised of this danger. The National Oceanic and Atmospheric Administration and the British Admiralty also published their notice to mariners regarding this shoal, both on
13 October. However, the captain's agent did not give the captain this information. In addition, the coastal pilot was unaware of this new danger. Although the notice to shipping was not broadcast, the notice to mariners was circulated two months prior to the ships passage through the channel.

We also have the added error of the Ministry of Transport not making a significant change to the buoyage of this channel after having been informed of this dangerous shoal in July 1979. The colour of the existing red buoy should have been changed to a black buoy, or alternatively an additional buoy could have been placed on the newly found shoal.
The second shoal was not marked, however, until after the grounding.

Upon hearing that the shipping company would probably bring a case against the Crown for the cost of the damage to their ship (Figure 4), a survey team returned to the site of the grounding on 18th November to investigate. It was found that the Star Opal had indeed hit the newly found shoal and left pieces of her bottom as well as paint on the shoal. The water was very clear and the divers took pictures of the grounding.

It was only good fortune and not good planning that the Canadian Hydrographic Service resurveyed the channel in 1979. The resurvey of this heavily used channel, although 25 years late, took place because the original survey was known to be out of date and probably had errors. Considering this channel was being used by very large bulk carriers since 1954, a modern survey of this area was long overdue. The Canadian Hydrographic Service missed being found guilty of negligence by only two months.

The Canadian coastguard station at Prince Rupert was negligent in not broadcasting the received notice in July 1979. If the ship had grounded before the notice to mariners had come out in September, they could have been found guilty of negligence. The Canadian coastal pilot should have been aware of the dangerous shoal that was broadcast to the maritime community in the September notice to mariners.
He was, however, unaware and therefore negligent, as was the captain and his shipping agent. The Ministry of Transport should have placed new buoyage in the channel after being notified of the danger in July 1979. They could have been found negligent.

Maritime nations have a responsibility to carry out appropriate hydrographic surveys and produce appropriate charts in order to guarantee safe navigation of all shipping within their territorial waters. The safety of life at sea for both humans and the environment should be paramount to all maritime governments. Modern surveys and charting must therefore be carried out wherever needed, according to the SOLAS mandate.