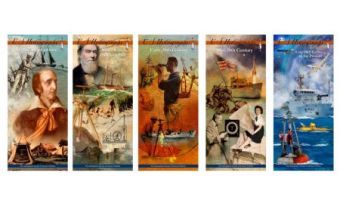 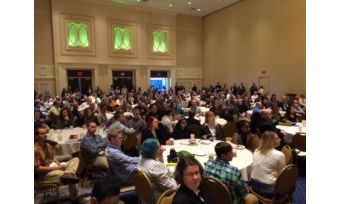 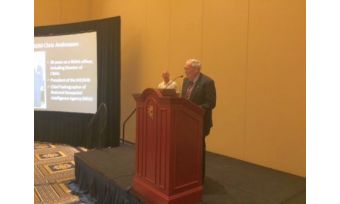 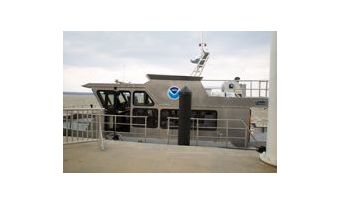 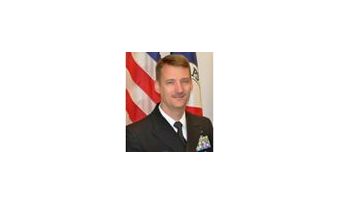 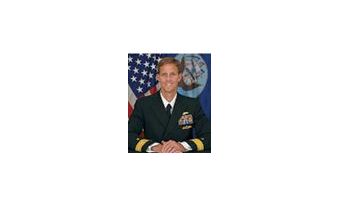 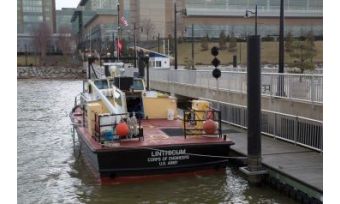 US Hydro 2015 convened at National Harbor, MD, USA from 16–19 March 2015. US Hydro is a biannual conference hosted by the Hydrographic Society of America (THSOA). THSOA and Canadian Hydrographic Association (CHA) alternate the hosting of the two premier Hydrographic conferences in North America annually.

This was the first time US Hydro was held in the National Capital region. The conference centre was the Gaylord Hotel in National Harbor. The conference services and site were excellent. The exhibit hall and technical presentations hall were co-located allowing for maximum interaction and networking discussions
with exhibitors and presenters. An additional benefit was the close proximity of the piers – it was about 200 metres from the exhibit hall to the boats, meaning no bus transport was needed for on-water demonstrations.

The Opening Ceremony was punctuated by the induction of three renowned Hydrographers into the THSOA Hall of Fame. RADM Chris Andreasen, Mr Karl Keininger and Mr Bill Bergin were recognised for their outstanding contributions to Hydrography over the courses of their careers.

A major ingredient for the success of the conference was the exhibitors, support by government, academia participation and individual attendance. The exhibitors numbered nearly 70 including industry leaders in survey services, software and hardware. Government, media and academia were also represented at the exhibition. They took advantage of the pier space to bring eight survey platforms to the conference. The on-water demonstrations showed the latest survey and data collection technology. Taking advantage of all this were the attendees - nearly 600 were registered, which was the most ever for US Hydro.

A new feature to this year’s US Hydro was the addition of a Hydropreneur section, to attract new thinkers to show their ideas. This year was started with three Hydropreneurs, with the prospect of growing in the coming conferences.

The technical sessions remain a great asset of the conference. This year, over 50 technical presentations were scheduled 1. A series of 35 Lightning Round Presentations took place for the second time at US Hydro, rapid fire presentations limited to 5 minutes of automatically advancing slides. They have proven to be very popular among presenters and audience. They are also posted online.

A total of 20 workshops were scheduled. These included GPS Navigation by GPS World, Phoenix International presented a workshop on the search for Malaysian Air MH370, and CARIS presented on S-100 (Universal Hydrographic Data Model) development. The interest and attendance at the workshops were high.

Participation by academia is growing at each conference. THSOA Student Outreach Program brings 24 students to the conference from around the country. They are awarded full travel, per diem and conference fees. They are given a one day class in hydrography, assigned a mentor, attend the conference, and ride on the boats for a full four-day experience in hydrography. In addition to the Outreach Students, a student poster session attracted over 30 posters. Industry support for this programme came from C&C Technologies, CARIS, David Evans, Esri, eTrac, Fenstermaker, Fugro, JOA Surveys, QPS, Seahorse Geomatics, TerraSond and Waterway Surveys and Engineering. The posters were judged and a prize of USD2500 was awarded.

US Government participation was excellent, with the nation’s main federal Hydrographic agencies being well represented. NOAA, NGA and the US Navy were conference partners and the US Army Corps of Engineers provided a session chair, their survey platform Linthicum and many attendees. Government partners provided speakers for the opening ceremony, exhibits, and had several papers in the technical sessions. NOAA had its survey platform BH 2 at the conference.

The industry sponsors were key to the success of the conference. Bringing equipment, personnel and marketing exhibits is a very much appreciated investment and commitment. Their support ensured that the conference was of the highest quality and that the Student Outreach Program achieved its goal of hydrographic education. Thanks to Fugro, Esri, CARIS, IIC Technologies, and HYPACK for the support that allowed for socialising at the end of each day – where not much hydrography was done but we did what hydrographers do all over the world at the end of their days and that is ‘Have Fun’!

Media coverage and partnering gave us the publicity we needed to spread the word about the conference.

The Accompanying Persons Program took advantage of nearby sites. The group went out for lunch on three days and toured Mt Vernon, George Washington’s Plantation, went sightseeing in Washington DC and visited the Capitol, Hillwood House and the Marjorie Merriweather Post mansion.

This year the conference programme, including speaker biographies, technical sessions timing and abstracts, maps, workshops schedules, posters abstracts, and boat demonstration schedules were published and made available online by the application Guidebook 2, a good alternative to the usual full colour printed schedule. Throughout the conference, necessary changes to the programme could be made. Basic printed schedules were available for those not able to get to the application.