High-quality and Reliable Data Is Needed for Research Use 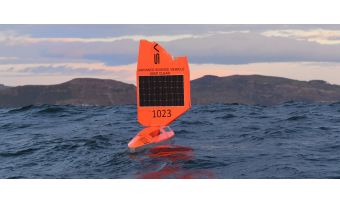 The Southern Ocean plays a key role in regulating heat and carbon on our planet. It is so remote and inhospitable that even big ships try to avoid it in the winter. However, the Saildrone SD 1020 not only survived a winter in the Southern Ocean but also streamed back vital new data from previously unsampled territory. “One of our largest ‘blind spots’ in terms of our climate knowledge and its future prediction lies in the Southern Ocean. This is mostly due to the serious lack of observations, in particular in winter, in this remote and harsh environment. This leads to a poor understanding of how these polar oceans function,” said Sebastiaan Swart, co-chair of the Southern Ocean Observing System (SOOS). “These high-resolution observations from the Saildrone during its circumnavigation of the Antarctic provide valuable ground-based datasets for scientists to understand the Southern Ocean better and evaluate the models we use to predict weather and climate.”

“There’s a lot left to be learned about the ocean’s uptake of CO2 emissions, especially in the Southern Ocean. Up until a few years ago, the Southern Ocean was understood to be a large CO2 sink. Yet, that understanding was based primarily on observations made from ships that steer clear of the harshest weather in the Southern Ocean, leaving winter months under-sampled,” explained Dr Adrienne Sutton, an oceanographer with the NOAA Pacific Marine Environmental Laboratory (PMEL) Carbon Group.

According to Sutton, the deployment of carbon sensors on profiling floats as part of the Southern Ocean Carbon and Climate Observations and Modelling (SOCCOM) project gave scientists a broader seasonal distribution of observations. As a result, they found less of a CO2 sink than previously thought. The SOCCOM floats measure seawater pH and use empirical relationships to calculate seawater partial pressure of carbon dioxide (pCO2), which introduces some uncertainty relative to a direct measurement. This has generated an active discussion centred on the uncertainty in the calculated pCO2 from the float measurements and whether the weakened CO2 sink, which was observed by the floats from 2014-2017, was just natural variability.

Over the course of the mission, the USV rendezvoused with a few of the SOCCOM floats. “Having another autonomous platform that can survive the Southern Ocean is both a technological feat and an opportunity to get us closer to solving the ocean CO2 sink puzzle. Preliminary results suggest that we also observed CO2 outgassing during winter months in the same region as the floats measured previously. CO2 outgassing from the ocean to the atmosphere occurs when ocean pCO2 levels are higher than atmospheric levels,” explained Sutton.

“Our initial findings are that the SOCCOM floats match the Saildrone pCO2 to within their stated uncertainty,” said Nancy Williams, assistant professor at the University of South Florida College of Marine Science. “These crossovers provide great opportunities for validation and context between two very different and complementary datasets. Sustaining both of these types of observations will be extremely helpful for improving our understanding of the Southern Ocean’s role in the global carbon budget and I can’t wait to dive into this new dataset.” The SD 1020 also took reference measurements near moored buoys.

“High-quality and reliable data is needed for research use. For the Saildrone sensors, careful calibrations are done before deployment, and other checks are made against similar measurements from a limited number of moorings and profiling floats in the region. The most recent comparison occurred south of Tasmania, Australia, where the Saildrone passed near one of only two Southern Ocean surface moorings equipped with similar sensors,” explained Dr Bronte Tilbrook, a biogeochemist studying ocean acidification and the global carbon cycle at the Commonwealth Scientific and Industrial Research Organisation (CSIRO). CSIRO is an independent Australian federal government agency responsible for scientific research. “The Saildrone technology is revolutionizing how data can be collected in the Southern Ocean, providing for the first time a way for crucial data to be collected throughout the year and in places that ships rarely visit. Applications include a better understanding of the amount of carbon dioxide taken up by the Southern Ocean and determining the changing environmental conditions and processes driving change,” said Tilbrook.

Saildrone USVs are designed for long-term ocean deployments of up to 12 months. Because they burn no fossil fuels, they have a zero carbon footprint once deployed. They are powered exclusively by the wind for propulsion and solar energy for the onboard instruments. The USVs carry a suite of science-grade sensors to collect meteorological and oceanographic data critical to understanding the changes taking place in the Antarctic ecosystem. The standard sensor suite includes instruments to measure air and sea temperature, barometric pressure, wind speed and direction, and wave height and period, as well as sky, sea, and horizon cameras. In addition to the ASVCO2, SD 1020’s enhanced sensor package includes an acoustic doppler current profiler (ADCP) to measure ocean currents.

The standard configuration of a Generation 5 Saildrone includes a 7m (23ft) hull, a 2.5m (8ft) keel, and a 5m (15ft) tall solid wing. This regular wing has an operational wind range of up to 60 knots. Even so, the massive waves of the Southern Ocean were too much for this tall and slender wing on two previous occasions, in 2015 and 2017, when the USVs were deployed in the Southern Ocean to attempt the circumnavigation. In both cases, the mission was compromised after a short period of time and the USVs had to sail back for repairs. The team learned a huge amount from these failures and designed a new type of wing specifically for the Southern Ocean. The lower-aspect ‘square rig’ is incredibly strong and is designed to deal with the huge forces of being rolled and submerged by 15m (50ft) breaking waves. “While the square rig has less performance range than the regular wing and struggles to sail upwind, it does a great job of sailing downwind and can still get you where you need to go in the Southern Ocean,” said Saildrone founder and CEO Richard Jenkins. “You inevitably sacrifice manoeuvrability for survivability, but we have created something that gets the job done and that the Southern Ocean just can’t destroy.”

SD 1022 and SD 1023 were released with ‘toughened’ regular wings along with SD 1020 in January but, like their predecessors, both suffered storm damage in the first few days, while the square sail ploughed on despite stormy conditions. SD 1022 and SD 1023 navigated back to New Zealand for repair and were redeployed in May with square wings similar to SD 1020. These two USVs have recently successfully navigated winter conditions through the Drake Passage and entered the South Atlantic Ocean. Unlike SD 1020, SD 1022 and SD 1023 are equipped with scientific echosounders to study fish biomass in addition to the standard atmospheric and oceanographic standard instruments.

Jenkins says his company is building a global fleet of unmanned surface vehicles, targeting planetary coverage. “In terms of carbon and heat, the Southern Ocean is by far the most important ocean. Globally, the Southern Ocean takes up about half of all carbon and 75% of all heat that enters the ocean. This makes it disproportionately more important to place efforts and resources, such as those occurring by robotic platforms like our USV, into obtaining more scientific measurements in this polar region.” For Jenkins this means the Southern Ocean is a key priority to instrument. The company plans to deploy a fleet of vehicles to monitor the Southern Ocean on a persistent basis, with a fleet of 10 to 20 Saildrone USVs sailing around Antarctica year-round. “A monitoring system for the Southern Ocean is one of our highest priorities,” stated Jenkins. “Understanding heat and carbon fluxes, fish populations and ocean acidification in the Southern Ocean is absolutely key to improve the understanding of our climate, and to the sustainability of life on this planet. Only very significantly increased measurement will enable meaningful predictions for the future.”

Scientific collaborators on this First Saildrone Antarctic Circumnavigation mission include experts from the following institutions: the US National Oceanic and Atmospheric Administration (NOAA), the US National Aeronautics and Space Administration (NASA), Australia’s Commonwealth Scientific and Industrial Research Organisation (CSIRO), the Palmer Long-Term Ecological Research (LTER), the Scripps Institution of Oceanography, the Southern Ocean Observing System (SOOS), the Japan Agency for Marine-Earth Science and Technology (JAMSTEC), the Korea Polar Research Institute (KOPRI), the Norwegian Polar Institute, the University of Exeter, the University of Gothenburg, the Department of Marine Science at University of Otago, and the New Zealand National Institute of Water and Atmospheric Research (NIWA).

The mission was sponsored by the non-profit Li Ka Shing Foundation and all data made publicly available at no cost in order to accelerate the understanding of critical processes affecting humanity. It is also an educational outreach initiative, aiming to expose future generations to the rapid changes taking place in the Antarctic. Saildrone and the 1851 Trust have partnered up to develop a series of science, technology, engineering and mathematics (STEM) lesson plans, which are available to teachers free of charge at saildrone.com/antarctica. All data from this mission has been made publicly available to the global scientific community and its use for science publications is encouraged. 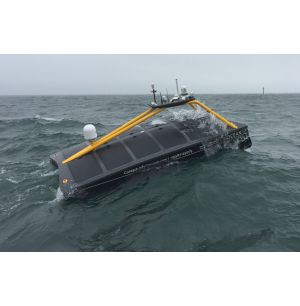 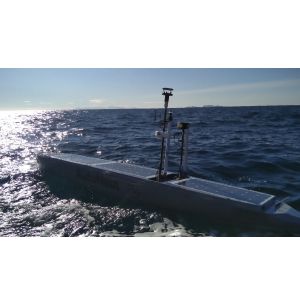