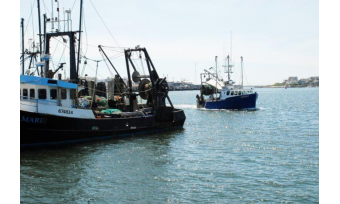 Earlier this year, NOAA announced the end of a testing phase for the development of a new crowdsourced bathymetry database. The public can now access the bathymetric observations and measurements from citizen science volunteers and crowdsourcing programmes through the International Hydrographic Organization (IHO) Data Centre for Digital Bathymetry (DCDB) Data Viewer. This operationalised database allows free access to millions of ocean-depth data points. The database also serves as a powerful source of information to improve navigation products and the general knowledge about seafloors, according to NOAA.

Since 2014, the IHO has encouraged innovative ways to gather data and data-maximising initiatives so that we can better understand the bathymetry of the seas, oceans and coastal waters. Most recently, the IHO is advancing the Seabed 2030 initiative to map the world’s oceans by 2030. Crowdsourced bathymetry (CSB) is a powerful source of information to supplement the more rigorous and scientific bathymetric coverage done by hydrographic offices, industry and researchers around the world.

Crowdsourced bathymetry can help to identify areas where nautical charts need updates, and where we should conduct proper hydrographic surveys. In some cases, crowdsourced bathymetry data can fill in gaps where bathymetric data is scarce, such as unexplored areas of the Arctic and open ocean. CSB is also very useful along shallow, complex coastlines that are difficult for traditional survey vessels to access; these areas may be more frequently visited by recreational boaters, whose data could help illustrate seafloor and shoaling trends just from the repeated trips they make along their favourite coasts.

The key to successful CSB efforts are volunteer observers who operate vessels-of-opportunity in places where charts are poor or where the seafloor is changeable and hydrographic assets are not easily available. Most ships and boats are already equipped to measure and digitally record their depth in coastal waters, and an ever-increasing number of vessels can even take measurements in deeper water. The CSB vision is to tap into the enthusiasm for mapping the ocean floor by enabling trusted mariners to easily contribute data and augment our current bathymetric coverage.

At NOAA, we are a big supporter of CSB; we provide archiving, discovery, display and retrieval of global crowdsourced bathymetry data contributed from mariners around the world. The CSB database is part of the IHO DCDB and is hosted at NOAA’s National Centers for Environmental Information (NCEI), offering access to archives of oceanic, atmospheric, geophysical and coastal data. CSB also nests under the Integrated Ocean and Coastal Mapping initiative, with a goal of ‘map once, use many times’. While it is a less exact form of mapping, NOAA sees that CSB has an important role to play in filling in bathymetry database gaps.

CSB comes into the database through a variety of trusted sources or nodes (e.g. partner companies, non-profit groups) that enable mariners to voluntarily contribute seafloor depths measured by their vessels. People can submit their data anonymously or provide additional information (vessel or instrument configuration) to enrich their dataset. The trusted node compiles the observations and submits them to the IHO DCDB, where anyone can access the data for commercial, scientific or personal use. Sea-ID, a maritime technology company, provided early testing and support and is currently working to encourage data contributions from the international yachting community. Ongoing participation from Rose Point Navigation Systems, a provider of marine navigation software, helped kick-start the stream of data from a crowd of mariners.

The crowdsourced bathymetry database now contains more than 117 million points of depth data, which have been used by hydrographers and cartographers to improve nautical chart products and our knowledge of the seafloor. NOAA, working with George Mason University, is using the database depths to assess nautical chart adequacy, determining when areas require updated survey information, and identifying chart discrepancies before an incident occurs. The Canadian Hydrographic Service has also used this dataset to update several Inside Passage charts along the coastal routes stretching from Seattle, Washington, to Juneau, Alaska.

NOAA invites more maritime companies to support this crowdsourcing effort in their systems by making it simple for users to participate. For example, Rose Point Navigation Systems further promoted the IHO crowdsourced bathymetry initiative by moving the option to collect and contribute bathymetry data to a more visible section of its programme options menu.

Crowdsourced efforts and the crowdsourced bathymetry database are poised to become a major source of information for not only improving nautical chart coverage and accuracy, but also for international mapping efforts such as Seabed 2030.

Any mention of a commercial product is for informational purposes and does not constitute an endorsement by the U.S. Government or any of its employees or contractors. 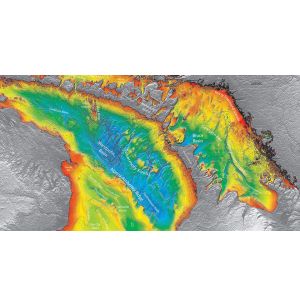 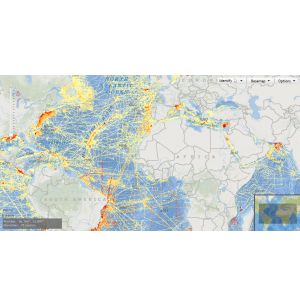