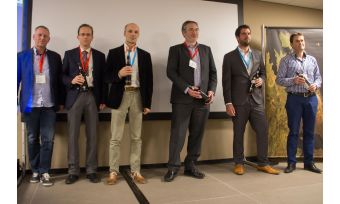 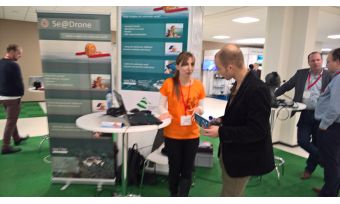 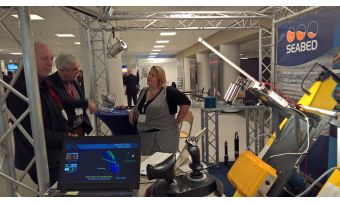 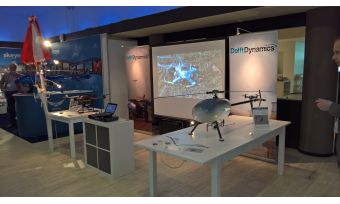 The second year of the TUSExpo (The Unmanned Systems Expo) inaugurated a cooperation of the event organisers with the Hydrographic Society Benelux, hosting a dedicated workshop on unmanned vehicles for hydrography.

The programme included interesting contributions that were allocated in a morning and an afternoon block of presentations.

From the Air and Underwater

Pieter Franken, managing director Skeye BV, talked about the airborne UAS adding value for nearshore hydrographic surveys, especially focusing on their ability to quickly measure places such as breakwaters and beaches. During this presentation the (in)possibilities and examples of combined aerial drone surveys and hydrographic surveys were highlighted.

Gert Brouns, project & survey coordinator DEME-group, gave a presentation on Positioning Challenges on Fallpipe Vessels. As he said, positioning comes in double flavours: absolute versus relative positioning of the ROV and the fallpipe; offshore versus nearshore surveys; planimetric versus vertical positioning. One has to adopt different approaches in different circumstances to reach both the contractor’s and the client’s goal: a swift execution of the work to meet all parties’ expectations.

During a the lunch break members were able to visit the trade show, where a number of hydrographic companies, such as Seabed and DEEP BV presented their businesses. In the afternoon, Sander Terwee of Geometius gave a deeper insight into the various hydrographic applications and advantages of using an unmanned system like the Z-Boat.

Robber van Vossen, senior research scientist at TNO, updated the delegates on developments in underwater autonomy. TNO conducts research and experimentation on autonomous underwater vehicles and underwater communication to advise government and industry on this topic and to develop new concept solutions.

The last presentation was given by Ian Jeffery of the Royal Netherlands Navy - Geo Infra on the use of the REMUS AUV in a military environment. He gave examples of missions the AUV has been conducting and what its capabilities are, as well as restrictions regarding environmental influences and sea state. Of course the audience learned about past successes accomplished by the Defence
Diving group with the AUV.

With over 100 professionals registering for this occasion it was a success. During the social concluding the event, the community was already speculating on a second edition of this cooperation.