Seabed Geosolutions, headquartered in The Netherlands, has secured a two-year contract with Total E&P for its Ocean Bottom Node seismic data acquisition technology. The contract utilises a ‘call-out’ mechanism for each acquisition survey with the option to extend the contract for an additional 24 months. The initial work programme consists of approximately 5 months of 3D and 2D surveys and will commence in the UK Sector of the North Sea in the fourth quarter of 2013 upon completion of a current West Africa survey.

The multiple survey areas will be acquired with Seabed Geosolutions’ deepwater Trilobit technology and robotic modularised handling equipment. This seismic system is a proprietary autonomous node technology deployed using a ROV (remotely operated vehicle). The survey acquisition timing will allow Seabed Geosolutions flexibility to secure other projects in the North Sea or elsewhere.

Seabed Geosolutions was formed early 2013 as the seismic seabed joint venture of Fugro and CGG. It collects geophysical data on the seabed through an array of imaging technologies for energy companies, with a focus on the development and production phases of oil and gas fields. 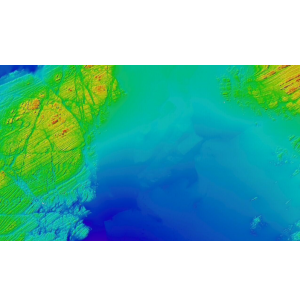