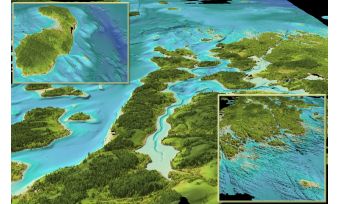 Fugro has been awarded task orders by the Canadian Hydrographic Service (CHS) to conduct airborne Lidar bathymetry (ALB) surveys in Eastern and Central Canada. The task orders, which have been issued under a supply arrangement Fugro holds with the CHS, are in support of their nautical charting programmes and involve the survey of multiple sites along the coasts of Quebec, Newfoundland and Labrador, Prince Edward Island, Nova Scotia and Central Canada.

Fugro’s ALB systems will be used to acquire hydrographic survey data and seabed imagery in shallow coastal waters, where the acquisition of similar information by traditional vessel-based acoustic methods is inefficient, expensive and unsafe. The data will fill gaps in shallow water and junction with existing deeper water data that have been acquired previously by CHS vessels. All data will be acquired according to International Hydrographic Organization (IHO) Order 1B, an international standard for conducting hydrographic surveys, and will ultimately be used to update CHS’ nautical charts.

Fugro provides ALB products and services worldwide to public and private sector clients as a rapid and cost-effective solution to nearshore hydrographic survey needs where scale of the project, time constraints and user safety are of primary concern.