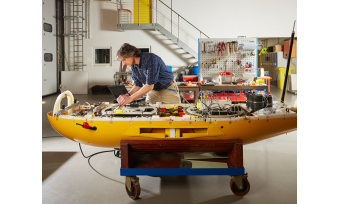 The latest Autosub Long Range (ALR) vehicles being developed by the UK National Oceanography Centre (NOC) have completed their first round of commissioning trials in the waters of Loch Ness, Scotland, marking a major milestone on their journey to active service. The new autonomous underwater vehicles (AUV), ALR1500 - named after the 1500m depth to which they can dive - carried out a range of test missions of increasing complexity over a period of three weeks in July and August to test the vehicle’s enhanced functionality, including Terrain Aided Navigation and environmental profiling capabilities.

Funded through the Government's Industrial Strategy Challenge Fund, new and innovative autonomous vehicles being developed at the NOC are pushing the boundaries of how we explore our oceans. With capabilities allowing us to travel greater distances, explore under ice, and collect data in some of the most challenging and hostile environments, autonomous vehicles are the future of marine science.

With so many unanswered questions about the physical, chemical and biological processes in our oceans, these ocean robots could help provide data to meet the big environmental challenges facing our Earth. To ensure the UK remains at the forefront of global marine science and technology innovation, the UK Government has made a £16million investment in marine robotics, focused on the NOC.

Oceanids includes the development of a new 1500m depth-rated Autosub Long Range (ALR1500), and a 2000m depth-rated vehicle capable of carrying high-power sensors and venturing under ice (Autosub2KUI). The Oceanids team will also develop new command-and-control systems for efficient Marine Autonomous Systems (MAS) fleet management, co-ordinate demanding sea trials for the new vehicles and sensors to ensure they are ready for science and operational use, and build an enhanced MAS control room in the Marine Robotics Innovation Centre.

Investment is also being made in novel sensor development, suitable for deployment on various submarine and surface platforms, which will include the new MAS platforms developed through Oceanids. New equipment will also be procured to support the NERC–EPSRC Centre for Doctoral Training in ‘Smart and Autonomous Observing Systems’, called NEXUSS – ‘NEXt generation Unmanned System Science’.

According to the NOC, this investment will provide unprecedented capability in ocean observing for all of the UK marine science community, allowing a persistent presence in hostile, previously inaccessible environments, and providing a significant new capacity to tackle some fundamental questions around global environmental science. 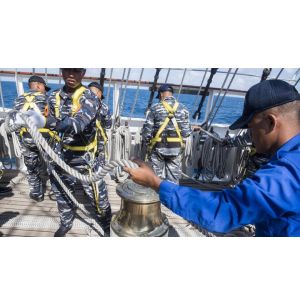 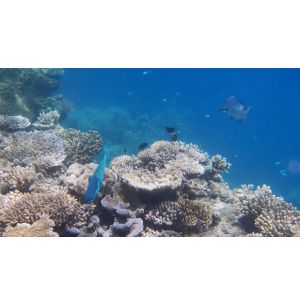