BMT JFA Consultants, an Australian subsidiary of the UK-headquartered BMT Group, has announced plans for new offices in both Perth, Western Australia, and Brisbane, Queensland, in order to better support its clients’ requirements and provide space for expansion. BebbCart, a specialist ports and harbours cartographic consultancy, will also be co-located with BMT JFA Consultants in its new offices.

The new Perth office will combine BMT’s strategic ports and harbours and machinery consultancy expertise into a single location in Perth by bringing BMT JFA Consultants and BMT WBM into the one office.

This is to improve its overall service offerings to local government, mining and private-sector clients in Western Australia.

BMT JFA Consultants’ new Brisbane office will see it co-locate with BMT WBM in order to help build on the success of a number of recent projects and allow the company to respond more efficiently to an increasing number of business requests on the East Coast. 2013 saw increased demand for additional design works and studies to assist with overall redevelopment plans of ports. 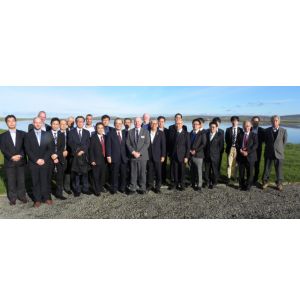