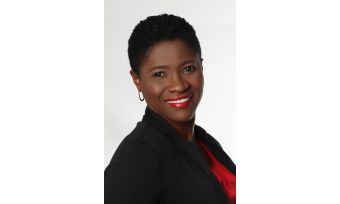 “Jamaica and many nearby Caribbean islands are developing nations seeking to balance economic growth with environmental preservation,” said TCarta President Kyle Goodrich. “The Caribbean faces numerous threats to its natural resources from hurricanes, rising sea levels, and pollution, but budgets are limited,” he added.

Carol Fisher is a partner in TCarta Caribe and serves as Program Manager and Lead Hydrographer in the Kingston office. Born and raised in Jamaica, Fisher worked most recently as a Senior Hydrographer at the Jamaican National Land Agency. She holds a degree in Land Surveying/GIS.

“Many islands in the Caribbean have been deemed too risky or remote for traditional airborne and marine mapping, but satellite remote sensing technology is a practical alternative for capturing vital geospatial information,” said Fisher. “High-resolution satellite imagery can provide elevation models, bathymetric data, and habitat classifications faster and at a fraction of the cost of surveys by airborne LiDAR or marine SONAR,” Goodrich added.

Complementing Carol Fisher’s extensive experience working on hydrographic programs in the Caribbean, TCarta has completed numerous projects in the region. Most recently, TCarta delivered pre- and post-disaster surface models for the islands of Antigua and Barbuda for use in Hurricane Irma recovery efforts. The 2018 satellite-derived models from Sentinel-2 images contained seamless datasets of onshore elevation and offshore water depth measurements for each island.

TCarta was established when TCarta Marine U.S. merged with Proteus Geo UK to create global bathymetric and marine datasets extending from the shallow coastal zone to the continental shelf. The international firm maintains offices in the United States, the United Kingdom and the United Arab Emirates. The TCarta product lines include high-resolution satellite-derived water depth and seafloor map products as well as 90- and 30-meter GIS-ready bathymetric data aggregated from numerous information sources.