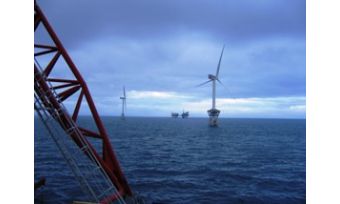 The Engineering Business (EB) has celebrated the succesfull installation of the second deepwater offshore wind turbine.

EB's BOWTIS - Beatrice Offshore Windfarm Turbine Installation System - was used by Talisman Energy (UK) Limited in the Moray Firth in Scotland. The REpower 5MW turbine was installed in a single lift from a floating barge, and forms the second half of the Beatrice Wind Farm Demonstrator Project.

EB began campaigning for the concept of installing offshore wind turbines in a single lift in 2002.

Use of BOWTIS enabled full assembly of the 88m high turbines to take place onshore, which was followed by the safe vertical transit of the 1000 tonne turbines and lifting equipment to site; the crane barge was then able to gently land and align the turbines on their fixed jackets with an impact of less than 0.3g.

There are three key elements in the 530 tonne BOWTIS system. The Jacket Interface Frame is fitted to the offshore jacket and provides the landing structure for the turbine.  The Turbine Interface Frame provides a base for the turbine on land during assembly and the main lift point. It also incorporates the hydraulic Soft Landing and Alignment System; it looks like a festive Christmas tree stand, but is a colossal 22m in diameter. The third and final element is the Spreader Beam that supports the top of the turbine and routes the lift wires to the turbine base. 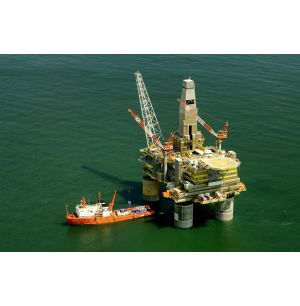 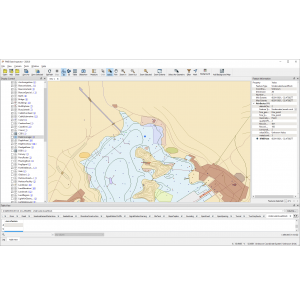 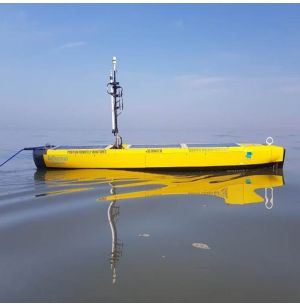