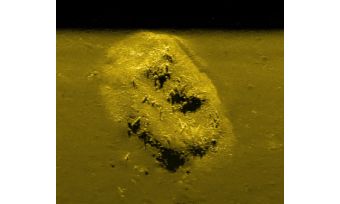 EdgeTech, a leader in high-resolution sonar imaging systems and underwater technology, was key to the discovery of the most valuable shipwreck in the world. Sought after by treasure hunters for more than 300 years, the wreck of the Spanish Galleon 'San Jose' was finally discovered on 27 November 2015 but only just recently made public.

The search was performed by the Woods Hole Oceanographic Institution (WHOI) Remus 6000 autonomous underwater vehicle (AUV) equipped with an EdgeTech 2200 sidescan sonar. AUV mission planning and sonar data analysis for the project was supplied by GK Consulting of Derry NH.

The San Jose was a 62-gun flagship galleon of a Spanish fleet carrying gold, silver and emeralds from the mines of Peru back to Spain. It was sunk on 8 June 1708 in a battle with the British off of Cartagena, Colombia. The ship sank so quickly that there were only 11 survivors of the 600 people on board.

EdgeTech sidescan sonar systems provide operators the ability to image large areas of the sea floor during important deep-water searches when the whereabouts of sunken objects are largely unknown. EdgeTech’s unique sidescan sonar frequency pairing options such as 400/900kHz enable very high-resolution searches while 75/230kHz combinations provide long range 2,000 metre wide swath searches such as the one recently that resulted in the discovery of the USS Indianapolis. EdgeTech sonars are the benchmark for deep-water searches and have been used in the recent Ocean Infinity search for missing Malaysian Airlines flight MH370.  EdgeTech takes great pride in knowing its high-quality reliable underwater acoustic imaging systems continue to assist in these demanding endeavours.