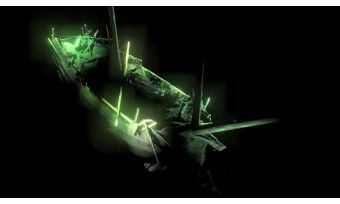 A team of scientists has revealed the remains of an intact and astonishingly preserved 500-year-old shipwreck in the Baltic, using state-of-the-art underwater robots. But the ship’s identity remains a mystery. The pristine but unknown ship (okänt skepp in Swedish) is probably 'the best-preserved shipwreck of its period to be discovered in recent times', according to archaeologists from the University of Southampton. It is believed to be from the Early Modern Period (late 15th – early 16th Century). The vessel has been located by archaeologists at a depth of around more than 120 metres some 100 miles South East of Stockholm. The shipwreck was explored by two undersea robotic cameras, launched from Stril Explorer.

The ship was first detected with sonar by the Swedish Maritime Administration (SMA) in 2009, but earlier this year, as part of work carried out by seabed survey specialists MMT, the wreck was identified as having great archaeological and historical significance, a press release states.

“This ship is contemporary to the times of Christopher Columbus and Leonardo Da Vinci, yet it demonstrates a remarkable level of preservation after five hundred years at the bottom of the sea, thanks to the cold, brackish waters of the Baltic,” said MMT’s maritime archaeologist and deep-sea archaeological expert Dr. Rodrigo Pacheco-Ruiz, who led the discovery and inspection of the ship.

Some 99 per cent of the ship is intact – with the masts still standing tall and its two swivel guns in their firing positions. Scientists said the ship lies on the seabed with her hull structure preserved from the keel to the top deck and all of her masts and some elements of the standing rigging still in place. A small tender boat is still sitting on the deck, as is the wooden capstan. Even the bilge pump can be seen. The bowsprit and decorated transom stern are also clearly visible, according to archaeological experts.

Experts say it’s rare to find a ship in such an astonishing condition that predates the larger and more powerful vessels involved in the later Northern Seven Year’s Wars (1563-1570). 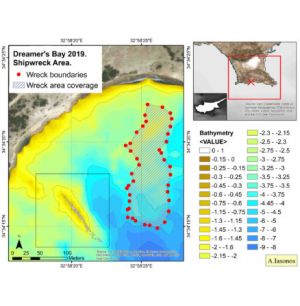 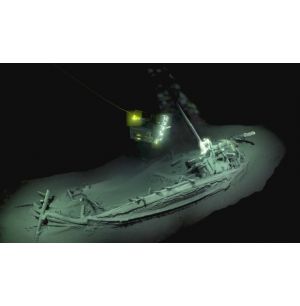