FME 2015 by Safe Software is available in both FME Desktop and FME Server. Developments aim to help users easily move their data to where it needs to be and keep up with technology that is constantly evolving. New tools enable them to use more data in more ways and enhanced usability features allow them to work with FME more efficiently. The focus is on getting the most from the data.

Esri users can upgrade to ArcGIS 10.3 without disrupting their existing FME workflows as FME 2015 brings with it support for the latest version of Esri’s flagship product. Also included with FME 2015 are upgrades to support for commonly used CAD applications like Autodesk AutoCAD, including AutoCAD Map 3D and AutoCAD Civil 3D, as well as Bentley MicroStation.

Users can integrate online file storage services into FME workflows with the new HTTPCaller, and FTPCaller transformers, and new tools for Amazon S3. Moving into new data territory, FME 2015 supports Minecraft to enable users to make their GIS and other data available through its interactively discoverable gaming platform. FME 2015 introduces read and write support for JDBC which will enable users to connect to many more systems and databases including SAP HANA, Neo4j, and Microsoft SQL Server on Linux, to name a few.

FME Desktop 2015 includes changes to FME Workbench that have created a more convenient workflow authoring environment with new functionality, features, and canvas enhancements such as:

The FME Data Inspector has also seen some changes that give users more options for assessing their data including support for more basemap sources like Bing, Nokia HERE, Google Maps Engine, and users’ own ArcGIS Online maps.

The latest version of FME Server has made changes aimed at extending its capabilities to a wider audience including a revamped web interface that is more approachable, enabling users of all technical skill levels to automate data transformation workflows. This improved usability extends to the notification services interface where it is now simpler to configure components like topics.

It is also an easier job to be an FME Server administrator in 2015 with activities that are more easily executed with more automation. Examples include the ability to execute tasks like controlling FME Engine resources and configuring Cross Origin Resource Sharing (CORS) from the web user interface, in addition to automatic clean-up for logs and temporary workspace files and improved failover and fault tolerance procedures.

Included with this release is improved real-time support with the addition of “set it and forget it” functionality which ensures workflows which must be on constantly will run until cancelled by a user. 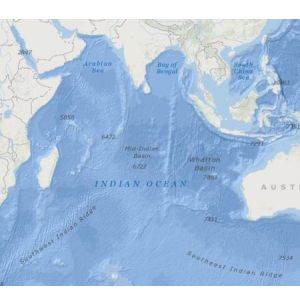