At the 21th of June 2006, the first World Hydrography Day declared by the United Nations, the Commander of the Royal Netherlands Navy Vice-Admiral Jan Willem Kelder opened the new location of the Netherlands Hydrographic Office. By revealing the first Electronic Navigational Chart (ENC) produced at the new location Admiral Kelder performed the official opening. In his speech the Admiral reminded the history of 132 years of the Hydrographic Service that was located for the last 82 years at the well-known and characteristic building at the Badhuisweg in Scheveningen. He noted the role of hydrographic survey and nautical charting for the safety of shipping and emphasized the increasing importance of expeditionary military survey in support of joint and combined naval operations like recent surveys in Eritrea, Liberia and Senegal. The Admiral also reminded the guests that leaving the location at the Badhuisweg and moving to the Frederik Barracks in The Hague would mean a new era for personnel and organisation of the Hydrographic Office. Next, the Hydrographer of the Netherlands Navy, Captain Floor de Haan called upon Mr. Van der Sluis. He presented his award winning ships model of the former survey vessel H.Nl.Ms. Blommendal to the Hydrographic Office. Captain de Haan was very pleased with this special present and assured Mr. van der Sluis that the model would get a prominent berth in the Hydrographic Office. After the official part the guests enjoyed a pleasant reception and a tour in the new office where products, tasks and responsibilities of Hydrographic Office were highlighted. 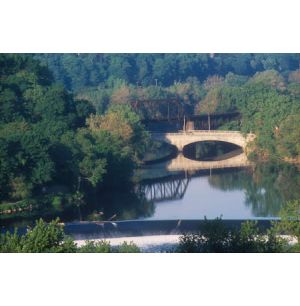 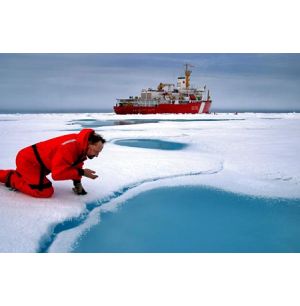