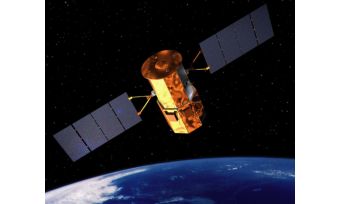 A study published in the 12 December issue of Nature reports on the use of satellite-borne Lidar to map the daily vertical migration of zooplankton across the world’s seas over the course of a decade. On Williams Yorktown Daily, a US-based news site, lead author Michael Behrenfeld of Oregon State University says, “What the Lidar allowed us to do is sample these migrating animals on a global scale every 16 days for ten years. We’ve never had anywhere near that kind of global coverage to allow us to look at their behaviour, distribution, and abundance.”

During World War II, naval oceanographers discovered a reflective layer that rose and fell across their sonar screens once each day. Further research revealed that it comprised swarms of fish and tiny sea creatures­ called zooplankton­ migrating toward the ocean surface as the sun set to feed under cover of darkness, then swimming back to the inky depths at dawn to escape their own predators during daylight hours.

Initially valued as a way for submarines to hide their movements, this daily vertical migration is now known to play a major role in the global carbon cycle, as the consumption of surface algae by migrating zooplankton carries carbon to the deep sea, thereby reducing carbon dioxide levels in the ocean surface and atmosphere, David Malmquist writes on the website of the Virginia Institute of Marine Science (VIMS). But the exact amount of carbon exported to the deep sea via this so-called biological pump has remained difficult to quantify on a global basis, based as it is on intermittent measurements from single ships atop a vast ocean.

“Combining data from ships and satellites allows us to greatly expand our research footprint,” says Steinberg. “It helps to increase our quantitative understanding of the role of zooplankton in the global carbon cycle, particularly in terms of its variability in time and space. That knowledge is critically important for refining global climate models”, says VIMS professor and co-author Deborah Steinberg. She contributed to the study by 'ground-truthing' the satellite-based measurements with data obtained from ships by deploying fine-mesh nets to collect, count and identify the many species of migrating zooplankton.

Every night across the world’s oceans, numerous marine animals arrive at the surface of the ocean to feed on plankton after an upward migration of hundreds of metres. Just before sunrise, this migration is reversed and the animals return to their daytime residence in the dark mesopelagic zone (at a depth of 200–1,000 m). This daily excursion, referred to as diel vertical migration (DVM), is thought of primarily as an adaptation to avoid visual predators in the sunlit surface layer and was first recorded using ship-net hauls nearly 200 years ago. Nowadays, DVMs are routinely recorded by ship-mounted acoustic systems (for example, acoustic Doppler current profilers).

This data shows that night-time arrival and departure times are highly conserved across ocean regions and that daytime descent depths increase with water clarity, indicating that animals have faster-swimming speeds in clearer waters. However, after decades of acoustic measurements, vast ocean areas remain unsampled and places for which data are available typically provide information for only a few months, resulting in an incomplete understanding of DVMs.

Addressing this issue is important because DVMs have a crucial role in global ocean biogeochemistry. Night-time feeding at the surface and daytime metabolism of this food at depth provide an efficient pathway for carbon and nutrient export. Here the scientists use observations from a satellite-mounted light-detection-and-ranging (Lidar) instrument to describe global distributions of an optical signal from DVM animals that arrive in the ocean surface at night.

The findings of the research team, published in Nature, reveal that these animals generally constitute a greater fraction of total plankton abundance in the clear subtropical gyres, consistent with the idea that the avoidance of visual predators is an important life strategy in these regions. Total DVM biomass, on the other hand, is higher in more productive regions in which the availability of food is increased. Furthermore, the 10-year satellite record reveals significant temporal trends in DVM biomass and correlated variations in DVM biomass and surface productivity. These results provide a detailed view of DVM activities globally and a path for refining the quantification of their biogeochemical importance.