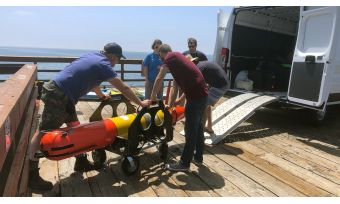 As sea ice continues to melt in the Arctic and oil exploration expands in the region, the possibility of an oil spill occurring under the ice is higher than ever, says the Woods Hole Oceanographic Institution (WHOI).  But how first responders will deal with oil trapped under ice in such an extreme and remote environment is a huge, unresolved question. “With the opening of the Northwest Passage a few years ago and more commercial ships routinely travelling through the area, there have been concerns among various government agencies that there’s no real infrastructure in place to respond to an oil spill below the ice,” said WHOI-engineer Amy Kukulya. “From a logistics standpoint, it’s very challenging to get resources to the Arctic.”

Kukulya is leading multi-agency collaboration aimed at developing cutting-edge sensors and autonomous robot capabilities that will help improve oil spill responders’ situational awareness and decision-making during an emergency. “As oceanographers, we see a critical need for autonomous underwater vehicles (AUVs) that can survey spills under ice over long distances,” she said.

As part of the effort, she and her colleagues deployed a series of AUVs in late August off the coast of Santa Barbara, California (USA) to test the vehicles’ oil spill detection capabilities for rapid response during a real-world maritime oil spill. Collaborators on the project include the Department of Homeland Security (DHS), the US Coast Guard (USCG), the US Environmental Protection Agency (EPA), the National Oceanic and Atmospheric Administration (NOAA), the Bureau of Safety and Environmental Enforcement (BSEE), Monterey Bay Aquarium Research Institute (MBARI) and the Arctic Domain Awareness Center (ADAC).

Read the full story on https://www.whoi.edu/news-insights/content/rapid-response-at-sea.

Caption: Researchers get the LRAUV ready to deploy for the simulated oil spill response drill. WHOI’s strength in marine operations and logistics, combined with the vehicle’s small form factor and easy-to-handle design, will enable quick mobilization in the event of an oil spill incident. (Photo by Amy Kukulya, Woods Hole Oceanographic Institution) 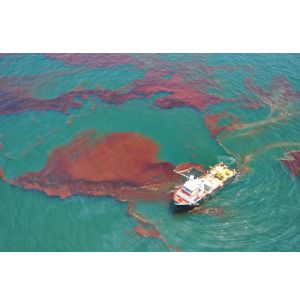 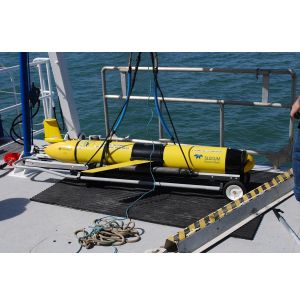 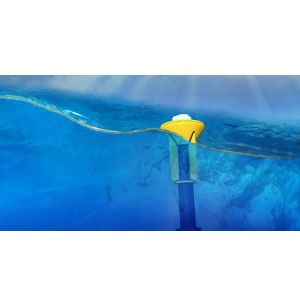 Drifter Buoys to be Used Off West Africa
Latest news