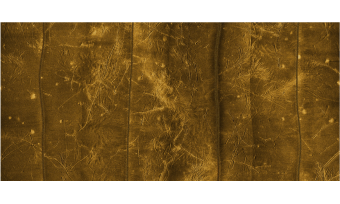 Ifremer, the French National Institute for Ocean Science, has chosen iXblue, a global high-tech company specializing in the design and manufacturing of innovative systems and solutions devoted to inertial navigation, subsea positioning and underwater imaging, to equip its new 6000-meter AUV (CORAL* project). The AUV will be equipped with a Synthetic Aperture Sonar (SAS), Sams-150, a Phins C7 Inertial Navigation System (INS), a sub-bottom profiler Echoes 5000 and will use iXblue’s Delph Software suite for SAS and navigation post-processing.

“We are very excited to be on board the CORAL project and to offer turnkey SAS technology to Ifremer scientific and hydrographic surveyors”, states Lionel Fauré, technical and business manager of iXblue Sonar Systems Division. "With extended expertise in combining sonar, inertial navigation and acoustic positioning technologies, iXblue has developed one of the most advanced and accurate solutions for seabed mapping.”

Available as an AUV payload, Sams-150 expands the capabilities of conventional side-scan sonar for shallow- to deep-sea applications. The Sams 150’s interferometric sonar will deliver co-registered full-swath backscatter and bathymetry data, increasing the achievable resolution and coverage rate from the ultra-deep water AUV surveys. The sonar will be used with iXblue SAS processing software, Delph SAS, which will ensure seamless integration to the workflow and interpretation features. The accurate coupling of SAS beam-forming and micro-navigation with the inertial navigation data from the Phins C7 on board the AUV will result in optimal resolution and image quality in every environmental condition. Additionally, Delph-SAS will integrate the co-registered AUV’s multi-beam echosounder data, delivering full-swath bathymetry and sonar imaging. As the need for overlapping survey lines is reduced, the CORAL AUV coverage rate and autonomy will be maximized, thus saving time and mission costs.

Sonar mosaics at a grid resolution of up to 5x5cm are fully corrected from geometric and radiometric distortions and accurately positioned in real-time. The highest pixel’s relative positioning precision is achieved through the high level of coupling with the Phins C7 INS while the absolute submetric precision is given by the acoustic positioning system solution (USBL, Sparse-LBL, etc.). iXblue’s inertial navigation post-processing software Delph-INS enables the fusion of surface USBL positioning and the AUV’s INS in post-survey. Thus, near-perfect line matching immediately improves map consistency, data interpretation and targeting accuracy.

“As outcome of an international tender published in 2019, Ifremer has chosen the Sams-150 for its advantageous functional characteristics in terms of swath width and resolution, at the full 6000m below the surface capability”, comments Jan Opderbecke, head of the Unit for Underwater Systems at Ifremer. “The antenna’s dimensions suit Ifremer’s AUV design perfectly. Successful former experience with Echoes 5000 will be reconducted with the upcoming, optimized new generation release of the sub-bottom profiler”.

Lionel Faure adds: “Over the past 25 years, we have built a strong partnership with Ifremer. iXblue is very proud to contribute to this technological breakthrough for ultra-deep-water survey and to work in collaboration with Ifremer to push the boundaries of deep-water exploration challenges”.

CORAL*: The “Constructive Offshore Robotics ALliance” CORAL project aims at developing, in an industrial alliance led by Ifremer, a deep-sea AUV - Autonomous Underwater Vehicle- for seabed exploration down to 6000m depth. The AUV is a newly developed system capable of a 36h mapping survey.