While surveying Alaskan waters during the 2013 hydrographic field season and collecting bathymetry to update NOAA’s nautical charts, hydrographers revealed many interesting geologic features on the sea floor, including an underwater river meandering in the sea bed and volcanic features.

NOAA focuses a significant portion of its ocean mapping efforts along the Alaskan coast. The Alaskan coastline represents over 50% of the United States coastline and dated nautical charts are inadequate for the increasing vessel traffic in this region. This past season, NOAA-funded hydrographic surveys in Alaska revealed many interesting geological features on the sea floor, according to Coast Survey physical scientist Christy Fandel. Three surveys, in particular, took place in southeastern Alaska in the Behm Canal, along the Aleutian Chain within the coastal waters surrounding Akutan Island, and around Chirikof Island. These three areas were surveyed by the NOAA Ship Rainier and surveying contractor Fugro-Pelagos during the 2013 field season.

In May, hydrographic surveying conducted by NOAA Ship Rainier in the Behm Canal revealed a long, meandering ancient river of nearly 40 km in length with up to 50 m in relief. Further south, Rainier surveyed a large volcanic-like feature. The surveyed volcano appears to have a distinct caldera, or collapse-feature that most likely formed after the volcanic eruption.

Concurrently, an Office of Coast Survey hydrographic surveying contractor – Fugro-Pelagos  – was surveying off the western coast of Akutan Island. Fugro’s hydrographers identified a large volcanic feature within the acquired bathymetric data. The surveyed volcanic feature is believed to be either a volcanic vent or cinder cone volcano. The multiple circular rings outlining this feature may represent the successive lava flows that formed the volcano.

With the upcoming 2014 hydrographic field season approaching, more geologic discoveries are expected. Extending all along the Aleutian Chain, from Kodiak Island to Bechevin Bay, the planned surveys for the 2014 field season will surely reveal many interesting and previously unknown geologic features.

Image: Multibeam bathymetry of the northeastern portion of the Behm Canal shows a large, meandering submarine river. The cross-sectional inset highlights the relief of the channel, nearly 50m, as shown by the red box. Image courtesy: NOAA. 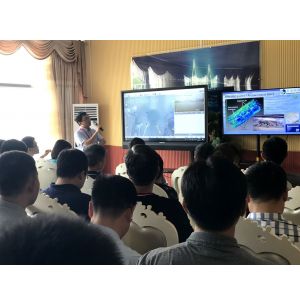 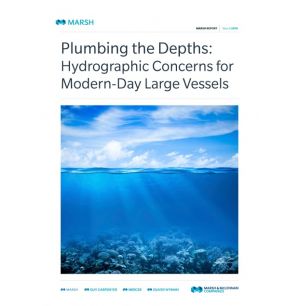 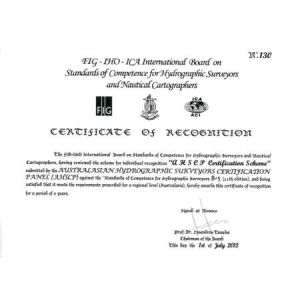