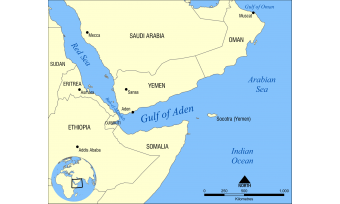 Maintaining a balance between rising sea levels and soil accumulation will rely on careful management of coastal regions. Soil accumulation in coastal ecosystems could mitigate rising sea levels around the Arabian Peninsula, according to research from King Abdullah University of Science and Technology (KAUST). However, this mitigation will require efforts to preserve and restore these ecosystems.

Human-driven climate change is raising sea levels around the world at increasing rates, threatening hundreds of millions of people living in coastal areas. Researchers at KAUST's Red Sea Research Center worked with colleagues at the King Fahd University of Petroleum and Minerals to determine whether this increase could be mitigated by soil accretion in coastal ecosystems.

In a project supported by Saudi Aramco, the Saudi Arabian national petroleum and natural gas company based in Dhahran, Saudi Arabia, they collected 52 core samples from mangroves, seagrass meadows and tidal marshes along the Red Sea and the Arabian Gulf coasts of Saudi Arabia. Using lead and carbon isotope analyses of the cores, the researchers established chronologies to estimate rates of short-term and long-term soil accumulation in these ecosystems.