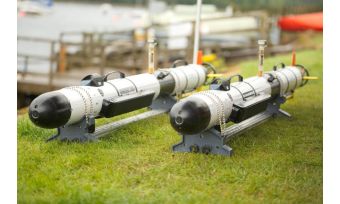 The Iver UUV is a commercial-off-the-shelf product built with warfighter-driven attributes. It features longer runtimes and precise navigational accuracy, enabling long ingress/egress missions that provide greater standoff distances and increased mission safety. L3 OceanServer has a history of working with various government agencies, including the United States Marine Corps and the United States Navy, making this GSA contract a logical next step in business development.