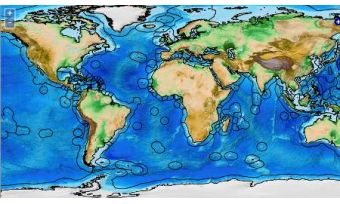 Marine Regions, an online standard list of georeferenced marine place names, areas, regions, marine and maritime boundaries, has been launched. It is an integration of the VLIMAR Gazetteer and the VLIZ Maritime Boundaries Geodatabase. Marine Regions is managed by the Flanders Marine Institute.

The VLIMAR Gazetteer is a database with geographic, mainly marine names such as seas, sandbanks, seamounts, ridges, bays or even standard sampling stations used in marine research. The geographic cover of the VLIMAR Gazetteer is global, but was initially focused on the Belgian Continental Shelf and the Scheldt Estuary and the Southern Bight of the North Sea. Gradually more regional and global geographic information was added to VLIMAR, and combining this information with the Maritime Boundaries database, representing the Exclusive Economic Zone (EEZ) of the world, led to the creation of the online Marine Regions website.

Funding for the creation of the VLIMAR gazetteer was provided initially through the EU Network of Excellence MarBEF, but also European initiatives such as EMODnet and Lifewatch provide the necessary funding for the maintenance and management of Marine Regions.

Marine Regions aims to establish a unique georeferenced standard of marine place names and areas, hampering several marine geographic applications, for example the linking of these locations to databases to integrate data. This will improve access and clarity of the different geographic, marine names such as seas, sandbanks, ridges and bays and display univocally the boundaries of marine biogeographic or managerial marine areas.

With the launch of marineregions.org, VLIZ  are also aiming at the establishment of an international editorial board, responsible for the content, quality control and promotion of Marine Regions. Aplication for membership is possible by sending contact details, interest and proposed contribution to info@marineregions.org 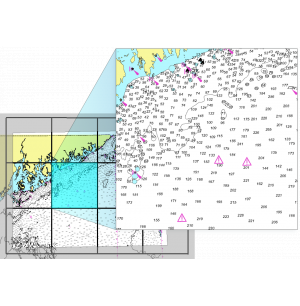