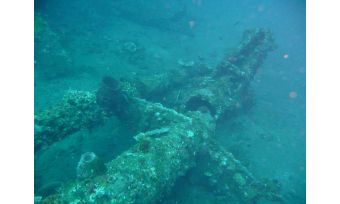 Metal pirates aren’t looking for treasure, but they are interested in the metal in ships, such as bronze propellers and casings on electrical equipment found in historic shipwrecks. The final resting places of many WWII sailors are being robbed by modern-day pirates, War History Online, a site devoted to military history, reports.  The site refers to Kim Browne, a lecturer in international law at Charles Sturt University in Australia who also authored a study in the Journal of Maritime Archaeology.

Protect the Sites from Looters

Browne found that between both the Axis and the Allied forces of WWII, over 120,000 ships were constructed during and leading up to the war. Thousands were sunk around the globe and, though the wrecks are still owned by the countries they sailed or flew for, access to the wrecks is controlled by the country whose territorial waters they lie in. The country who owns the wreck must rely on the other country to protect the sites from looters. However, countries who feel they were victimized during the war often feel little incentive to protect the wrecks which represent a troubled history to them. In addition, many of the wrecks contain explosives or polluting chemicals which endanger the environment, the article says.

In any case, this form of modern pirating seems to be profitable, as a single bronze propeller can fetch tens of thousands of dollars. An entire wreck might bring one million dollars.

Related articles in our printed and digital magazine:

In the upcoming September/October issue of Hydro International, we'll publish an article on the results of a recent survey to discover shipwrecks in Dutch waters.