Polarstern Crew Continues to be Unaffected by the Corona Pandemic 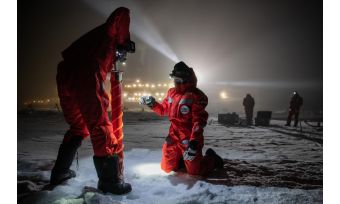 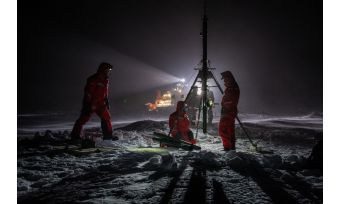 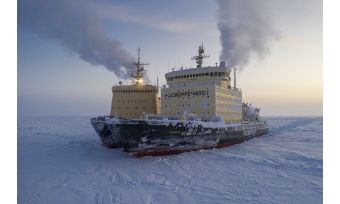 The Norwegian government recently announced comprehensive measures to combat the spread of the coronavirus, effective immediately. As a result, all travellers to Norway from non-Nordic countries who do not have a residence permit will most likely have to immediately leave the country again or be placed in quarantine for 14 days. In response, and due to the highly dynamic development of the coronavirus pandemic, the MOSAiC project management has decided to temporarily suspend the aerial survey campaigns planned for this spring and based in the Svalbard archipelago, which is under Norwegian administration. There are currently three icebreakers underway in the Central Arctic for the MOSAiC expedition.

The survey flights, focusing on the atmosphere and sea ice, were to be carried out in four sub-campaigns from March to September. The two research planes Polar 5 and Polar 6 were originally scheduled to reach Svalbard on 11 March. After a participating researcher tested positive for coronavirus last week, the start of the campaign had to be pushed back. In light of the current situation, the sub-campaigns planned for the spring will no longer be possible.

“The highly unusual situation at the moment leaves us no choice. We’d like to thank everyone who was involved in the months of preparation, and who did everything within their power, up to the last minute, to make the flight campaigns a reality,” says Dr Andreas Herber from the Alfred Wegener Institute, Helmholtz Centre for Polar and Marine Research (AWI), and coordinator of the MOSAiC airborne campaigns. According to Herber, the AWI will closely monitor the situation over the next few weeks and explore alternative solutions, such as extending the two sub-campaigns scheduled for the summer.

In the meantime, on board the icebreaker Polarstern, the MOSAiC expedition continues. The ship’s current coordinates are 87°7’ North and 16°59’ East. Those researchers and crew returning from the second leg of the expedition on board the Russian icebreaker Kapitan Dranitsyn have made good progress through the ice since departing from the MOSAiC floe on 6 March. On 14 March they rendezvoused as planned with another Russian icebreaker, Admiral Makarov, at 84°48’ North and 42°35’ East, to bunker additional fuel for the voyage home.

Moreover, the planned crew exchange by aeroplane in early April should – barring unforeseen developments – still be possible. Nevertheless, both the project management and participants are preparing for the additional challenges the pandemic may entail. For example, Norway’s quarantine policy will most likely remain in effect in April, which means participating researchers will need to allow a great deal of time prior to the fourth leg of the expedition.

All participants have been requested to use the utmost caution to avoid infection. Before being allowed on board the ship, they will be tested for corona twice: once before leaving their point of origin, to avoid spreading the virus during travel, and once more at the expedition’s point of departure, to minimize the risk of introducing the virus to the expedition team. Furthermore, Polarstern is equipped with a quarantine ward, in the event that, despite all precautions, there is an infection on board.

“We’ve rapidly responded to the pandemic with a comprehensive safety concept and strict medical-diagnostic profile, in order to reduce the risks for all expedition participants to a minimum. The spreading wave of infections poses an immense challenge for this international expedition. Our safety concept represents a commensurate response to the current situation. That being said, no one can predict how that situation will change over the next few months; therefore, we will continually reassess and update the concept as needed.”

“For the time being, we have to ‘navigate by sight’ and focus on finding the safest and most sensible course for the logistical operations at hand,” says MOSAiC Expedition Leader Prof. Markus Rex from the AWI. “In this regard, the expedition closely collaborates with the health authorities of the countries involved, focusing on the health and safety of all expedition participants as the highest priority.” 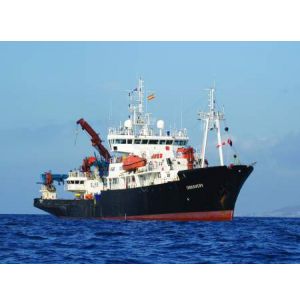