MultiDetect is a feature that Teledyne RESON has implemented which allows the sonar to export multiple returns per beam, thereby giving soundings on objects in the water column. Normally, when surveying over a fish ball, the strongest return will come from the fish itself. The sonar traditionally designates it as the 'bottom', leaving a hole on the seafloor. However, MultiDetect will capture the second return that made it through the fish ball as well.

The image shows an example of one advantage of MultiDetect from a SeaBat T20-P demo that was made in November 2013 in Tampa, USA. Surveying over a large school of fish, each fish in the water column is visible, as well as all the corresponding holes in the bathymetry data on the seafloor underneath.

The red arrow shows when MultiDetect was turned on. At that point, the data still shows the fish in the water column, but the 'holes' on the seafloor that were shadowed by the dense school of fish are filled in.

The video below explains this principle as well, in addition to the Beamformer technique Teledyne RESON has introduced. 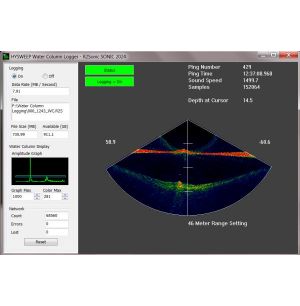 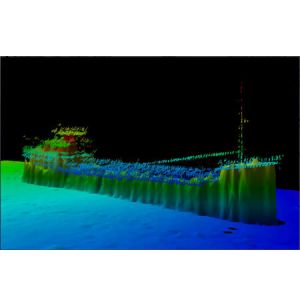 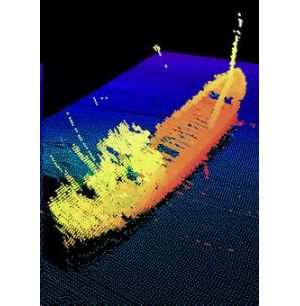