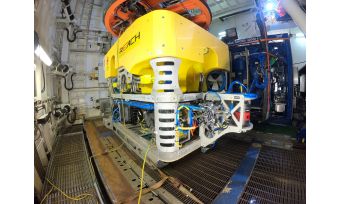 MacArtney, headquartered in Denmark, has recently supplied the latest in a series of seven customised NEXUS MK C ‘Super MUX’ multiplexers to MMT, providers of customised marine surveys for the offshore energy industry. Multiplexers, designed to simultaneously transmit data along a single channel of communication, provide operators with the opportunity to gather numerous types of data at once. The Swedish based, MMT working in close collaboration with Reach Subsea, ordered the customised NEXUS MK C connectivity solution (named the Super MUX by MMT) from MacArtney Underwater Technology earlier this year.

MMT assists the global industry with a range of customised marine surveys within the offshore energy industry whilst Norway based Reach Subsea boasts a comprehensive knowledge of subsea operations. The easy to install NEXUS MK C is a fully customised plug-and-play multiplexer for work-class ROVs and is a mobilisation time-saver, the company says.

Fitted to new ROVs or as an upgrade to existing systems it can handle data for ROV setups that require multiple cameras, sonars, attitude sensors, manipulators, cable and pipe trackers. The NEXUS MK C is the latest delivery in a series of seven multiplexers provided to MMT since 2018.

The NEXUS MK C system provides connectivity between the vessel and the ROV sensor package in one compact unit. The topside unit features an open interface that is versatile and suitable for data acquisition work aboard a wide range of vessels.

The NEXUS MK C includes a large number of sensor interfaces including Ethernet, HD video and serial channels. The 25 connectors on the subsea unit, configured to match a broad range of interfaces, allow configuration of the multiplexer for numerous tasks. Controllable power switching and health monitoring are available via an accessible software user interface.

MacArtney Underwater Technology has been supplying multiplexers to underwater technology industries for decades. The first MacArtney NEXUS multiplexer, produced in 1999, digitised analogue signals from the depths to the surface via fibre optic cables. In the present day, the NEXUS MK C is MacArtney’s most versatile multiplexer solution, built to meet the customer’s needs. 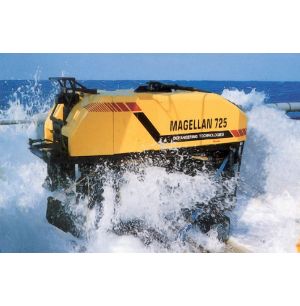